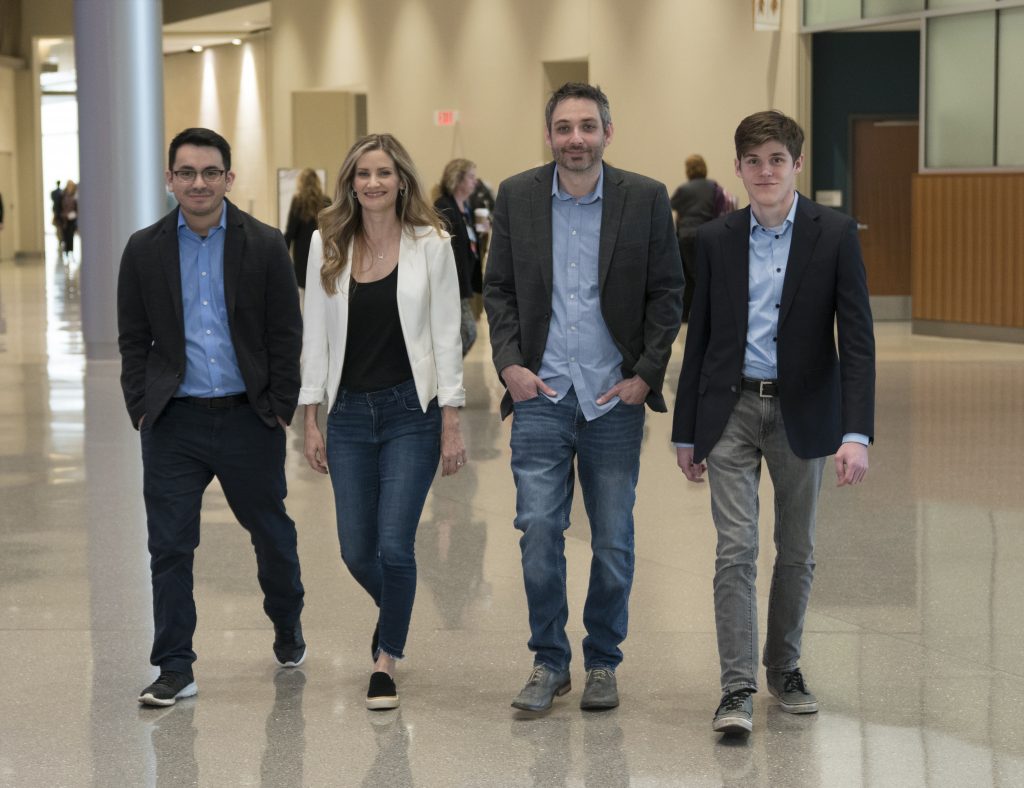 The ability to connect people to their environment is unfolding in new, innovative ways as mobile phones become the most commonly used device capable of augmented reality (AR) content. The Pokémon Go craze of 2016 exposed people to location-based mobile games with 3D fictional characters projected as an overlay on their environment using nothing more than the camera on their cellphones.

That AR capability has now reached large-scale meetings, particularly ones held at convention centers. The IMG Studio is working with hospitality specialists The RK Group to develop a new application for the Henry. B. González Convention Center. This new technology can “set San Antonio part from other destinations by allowing meeting attendees to set their schedules, network with fellow attendees, and navigate the center’s spaces using the AR mapping feature, according to Casandra Matej, president and chief executive officer of Visit San Antonio.

“This technology is above and beyond what we’ve seen in other destinations,” Matej said. “We’re looking forward to showcasing it to our clients considering San Antonio for future meetings and events.”

After entering a specific code for each conference, the attendee can customize their schedule and receive navigation to each meeting room with suggestions on where to get coffee and food along the way. Most convention centers create a new app for each convention which is not as cost-effective as a single, integrated platform that can accommodate the convention center’s many meetings. Also, none include the built-in geolocation since IMG Studio has mapped the new app to the Convention Center’s layout.

“Meeting organizers can use our app instead of building an app for each convention,” RK Group director of special projects Jennifer Brooklyn said. “The navigation features also makes this stand out from what is available.”

The IMG Studio-developed app gives meeting participants the ability to communicate with fellow attendees during a selected conference. Users can pin locations and leverage the app’s built-in navigation features to revisit them easily with the closing distance shown to that destination. Meeting attendees can also access the app to ask speakers a question before or during a speaker event. The platform will accommodate the future addition of AR content designed for specific locations inside the Convention Center.

The app is in the final stages of production with plans to launch in April. It will be downloadable at the Google Play Store and on iTunes.

“As the long-time hospitality vendor for the Convention Center, we wanted to enhance the experience for attendees who come visit us,” Brooklyn said. “The app has turned out even better than I expected, I think it will change the way people experience a large convention center.”

The Chandlers plan to take the app beyond the Convention Center to other large venues in San Antonio and other cities across the U.S.

“We think the potential for this platform is largely untapped,” James Chandler said.

IMG Studio is also leveraging its expertise to innovate how to deliver educational content in an inclusive, engaging manner.

The San Antonio digital media content development company created the first-ever virtual reality (VR) basketball game that gives players wearing VR goggles the perspective of playing basketball as a wheelchair athlete. IMG Studio developed this game as a powerful recruiting tool for South Texas Regional Adaptive and Paralympic Sports(STRAPS) and Morgan’s Wonderland to train new basketball players, both with and without disabilities, thanks to funding from Silver and Black Give Back, the official nonprofit organization of the Spurs basketball team.

Silver and Black Give Back and STRAPS have given IMG Studio a second round of funding to add new features to the game they first developed in 2018. The enhancements include incorporating artificial intelligence to enable players to play against one another in the VR game and the ability to access the game in the cloud. The game will be available for download at the Oculus Store in May.

“We also added the ability to track the user’s stamina and overall performance for the rehabilitation process,” James Chandler said. “We were invited to the largest rehabilitation convention in the world in 2018 to showcase our work and received lots of positive feedback.”

The studio’s goal is to make rehabilitation as engaging as possible using advances in technology.

“We at STRAPS are so excited that this emerging technology is putting players in the game in a virtual way and increasing awareness of Paralympic sports,” STRAPS director Brooke Matula said. “This project is unique because it’s building something that has never been done before—building in inclusion.”

With augmented and virtual reality quickly becoming one of the hottest trends in the marketing and advertising industries, IMG Studio is open to leveraging its specialized expertise in new applications.

“We’re really only beginning to scratch the surface, especially as technology is changing so quickly,” James Chandler said.