San Antonio has a significant military presence, possessing the nation’s second-largest concentration of cybersecurity experts and home to several leading military medical research missions. In a city of about 1.5 million residents, one of every six San Antonio employees works in the bioscience and healthcare industry. The tech ecosystem has established roots in San Antonio, growing since computer pioneer Datapoint first opened its doors here. Aerospace and aviation, new energy, and advanced robotics in manufacturing are major industry sectors in San Antonio, too.

These strengths add up to a thriving startup scene that’s growing by leaps and bounds in San Antonio, with new companies being formed almost daily. With so much talent in technology, science, cybersecurity, and engineering, it made sense to concentrate this discussion about San Antonio’s startups in one place: StartupsSanAntonio.com. 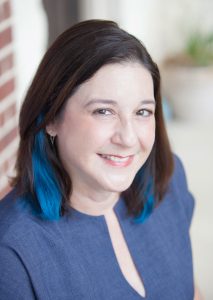 Iris Gonzalez founded Startups San Antonio in 2018 out of a passion for San Antonio’s stories of innovation. She moved to the Alamo City in 2006 and now writes about developments in emerging technology, cybersecurity, and bioscience startup companies in San Antonio.

She was the technology and science writer from 2015 to 2017 for the local digital journalism website Rivard Report, where she wrote about innovators, researchers, and San Antonio’s startup community.

In 2017 Iris won the Texas Veterans Commission Media Excellence Awards for her 2016 Veterans Day story “Life as a Veteran: What Veterans Wished Civilians Understood” published by the Rivard Report.

Iris has always enjoyed writing about tech and science. In her first career, Iris worked for 23 years as a research analyst for the U.S. Department of Defense assessing advanced technologies for homeland defense.