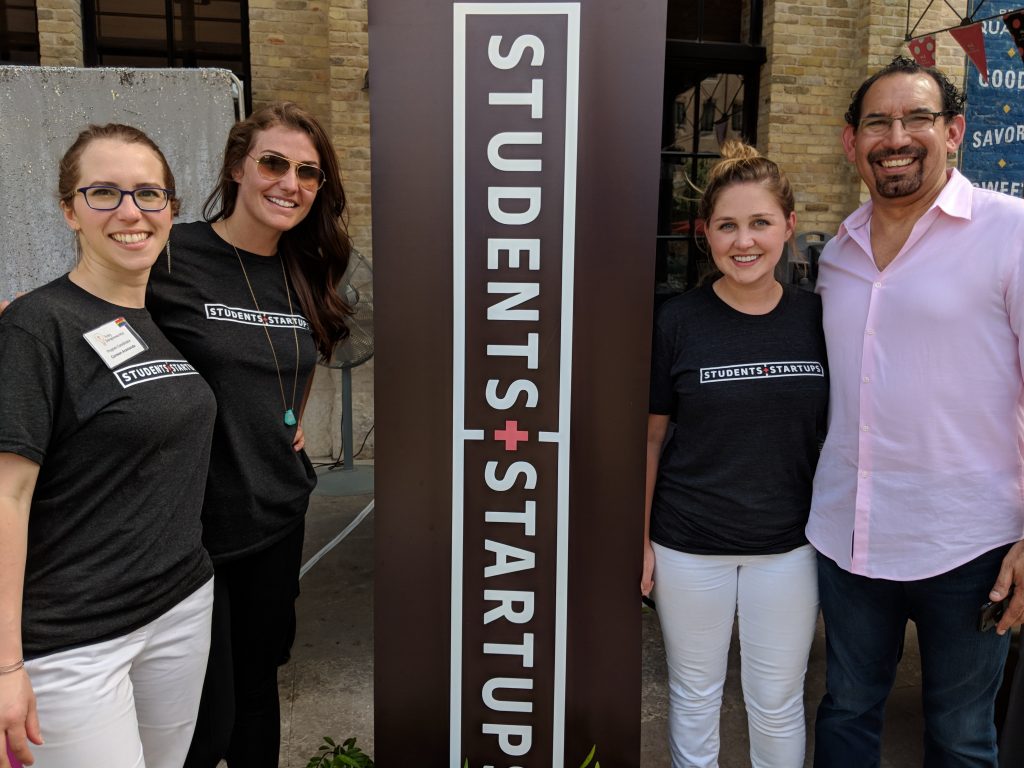 Trinity University Center for Innovation and Entrepreneurship and the nonprofit 80/20 Foundation announced the transfer of operations of the Students+Startups internship program to the San Antonio Area Foundation Thursday.

Trinity University’s Center for Innovation and Entrepreneurship developed and lead, in collaboration with Geekdom and the 80/20 Foundation the internship program. The internship program that started by placing Trinity students at local startups expanded its local reach to college students nationwide in 2019.

In its first three years, the pilot program was solely offered to Trinity University students and had experienced steady growth. In 2016 the first 15 students participating in Students+Startups worked at 13 San Antonio startups. By summer 2018 the program has grown to 61 students working at 30 San Antonio startups.

In 2019, Trinity University and the 80/20 Foundation made the commitment to expand Students + Startups to include other university students as part of San Antonio’s commitment to improving the climate of local entrepreneurship through the National League of Cities’ Innovation Ecosystem Program.

Eight additional universities, from across three states and six cities participated in 2019. Since its founding, over 180 summer interns have been placed at over 50 startups in San Antonio.

What drove Thursday’s announcement to transfer management of the internship program was the need for more capacity.

“We were receiving applications from students coming home to San Antonio for the summer, students attending colleges outside of the area, such as Stanford, Harvard, and Rice University,” Trinity University’s Center for Innovation and Entrepreneurship director Luis Martinez said. “The success of Students + Startups is a testament to the need to transfer operations to the San Antonio Area  Foundation, which can dedicate a team to running the growing program.”

The target for 2019 is to recruit about 150 students to work at about 60 local startup companies in San Antonio, Martinez said. Geekdom provides student interns with a three-month membership in the co-working space and helps identify startups that could hire one or more interns during the ten-week full-time summer season starting each May.

With intern’s $4,000 wages partially subsidized by 80|20 Foundation, the program also includes membership at Geekdom and a $325 scholarship that can be used at a student’s respective university. Instead of housing interns on Trinity’s campus, the program will provide free temporary living quarters for all student interns in downtown San Antonio, Martinez said.

“We will provide strategic support to the program and combined with the Area Foundation’s focus on youth success, together we hope to grow tech and entrepreneurial talent in our city,” stated Marjie French, CEO of the San Antonio Area Foundation.

The matching of students to startups runs from February to the end of March, with students receiving offers by April. The 80/20 Foundation is also refocusing its efforts on recruiting and retaining talent to help build San Antonio’s ecosystem.

“The 80/20 Foundation is committed to attracting, growing, and retaining talent in San Antonio,” said Alexandra Frey, 80/20 Foundation executive director. “This nonprofit will have the singular focus of expanding Students + Startups to recruit the best and brightest from around the country to intern in our growing entrepreneurial ecosystem.”

Applications for Students + Startups are open until Jan. 21, 2020. Companies and students can apply at https://studentsstartups.com.

“The impact of offering local residents and students from across the country the opportunity to spend the summer in San Antonio working at a startup means our ecosystem will benefit from all that talent, and that is such an exciting development for our city,” said Geekdom CEO Charles Woodin.

The students also benefit from seeing San Antonio as a place to launch their post-graduation career by working at a promising local startup.

“Trinity only attracts about 15 percent of students from San Antonio, so we were looking for ways to help our students stay after graduation,” Martinez said. “To see this program now scaling up to attract talent from across the country to San Antonio’s ecosystem is really exciting.”