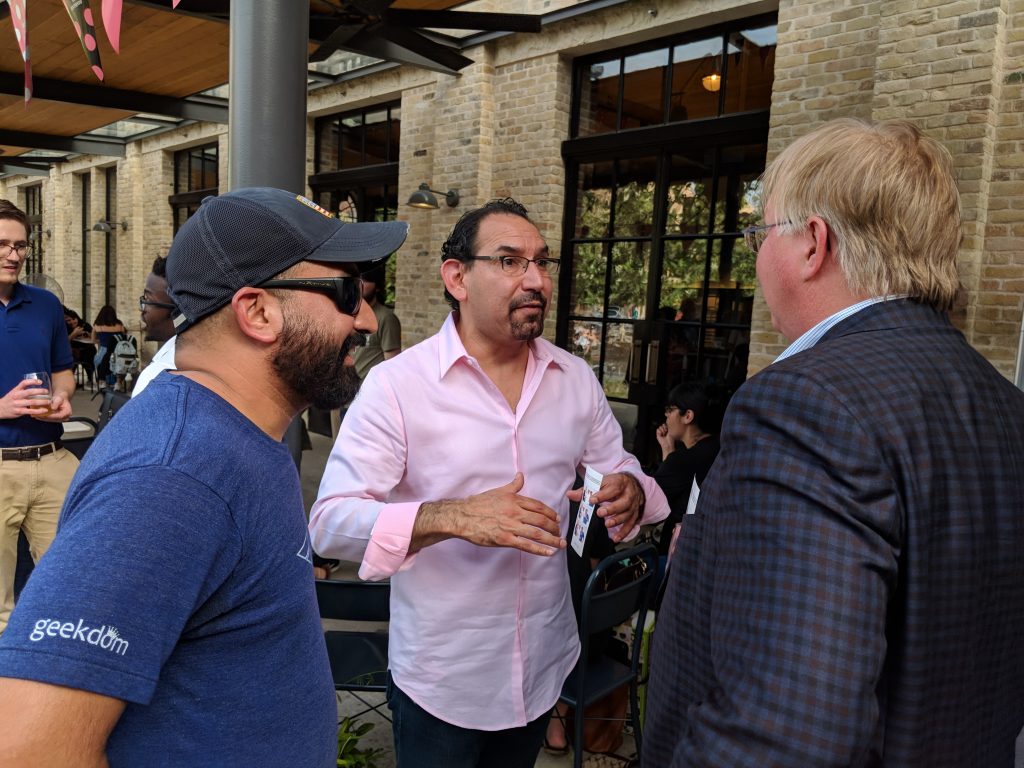 The internship program is funded by a grant from the 80/20 Foundation, established by the co-founder and former Rackspace chairman Graham Weston. The 80/20 Foundation had planned on opening the application process beyond Trinity University to students at all San Antonio colleges starting in 2019, according to Weston. In its first three years, the pilot program was solely offered to Trinity University students and had experienced three years of steady growth. In 2016 the first 15 students participating in Students+Startups worked at 13 San Antonio startups. By summer 2018 the program has grown to 61 students working at 30 San Antonio startups.

What drove Monday’s announcement to expand intern recruiting to students from all U.S. colleges was demand.

“We were receiving applications from students coming home to San Antonio for the summer, students attending colleges outside of the area, such as Stanford, Harvard, and Rice University,” Trinity University’s Center for Innovation and Entrepreneurship director Luis Martinez said. “Students+Startups is unique because it’s open to students from all majors, not just computer science or business.”

The target for 2019 is to recruit up to 120 students to work at about 60 local startup companies in San Antonio, Martinez said. Geekdom provides student interns with a three-month membership in the co-working space and helps identify startups that could hire one or more interns during the ten-week full-time summer season starting each May. Each intern receives a $4,000 stipend and one credit hour for the internship. Startups agree to pay each intern $5/hour with the rest coming from the 80/20 Foundation grant. Interns who need temporary living quarters may apply for student housing on Trinity University’s campus.

The Students+ Startups team validates the pool of candidates, while startups review resumes, meet with students, and select candidates, according to Martinez.  After graduation, many students receive a job offer from the startup where they interned.

“Over 85 percent of students attending Trinity University come from outside San Antonio,” Martinez said. “The Students+Startups program’s goal is to recruit high-caliber talent so they can start their careers with local startup companies and hopefully stay in San Antonio after graduation.”

The recruiting process for participating startup companies from almost all industry sectors begins in late September for the summer 2019 hiring season, with applications open for students in October. The matching of students to startups runs from February to the end of March, with students receiving offers by April. To learn more, visit studentsstartups.com.

“We aim to build the talent pipeline with students interested in working with startups,” Students+Startups coordinator Carmen Aramanda said. “Our only barrier to scaling is the number of partner companies, as we regularly get enough qualified students to fill positions at about 100 startups.”

Jungle Disk CEO Bret Piatt has participated in the program since its inception with three interns in 2016 and has nine working at his company this summer. The plans are to recruit up to 15 interns next summer, as Jungle Disk acquired the Team Password startup company in March which could also use help from interns, Piatt said.

Piatt prepares for the arrival of interns by identifying which candidates can best work on specific projects on the startup’s list of essential, but noncritical projects.  Interns have completed necessary documentation, for example, work that the growing startup would probably not have gotten to promptly.

A key goal of Students + Startups is to connect Trinity students with the local startup community, so they can learn from entrepreneurs as they built their companies. Interns see firsthand the multiple roles and responsibilities early hires can fulfill in these organizations and gain valuable experience from the internship. Monday’s announcement places this possibility within reach of all U.S. college students interested in the program.

“We wanted to offer all students the opportunity to start their career here in San Antonio and help us build a city,” Weston said. “So many students at Trinity never get to see downtown or experience the excitement of working in a local startup. Now all college students will have that chance.”

The long-term challenge will be to grow San Antonio’s startup community to the density the program stakeholders have in mind as their objective. Geekdom chairman Lorenzo Gomez said the objective eventually is to place student interns at 500 local startup companies each summer.

“Our end goal is to get us there,” Gomez said. “We are doing all we can to overcome that bottleneck.”