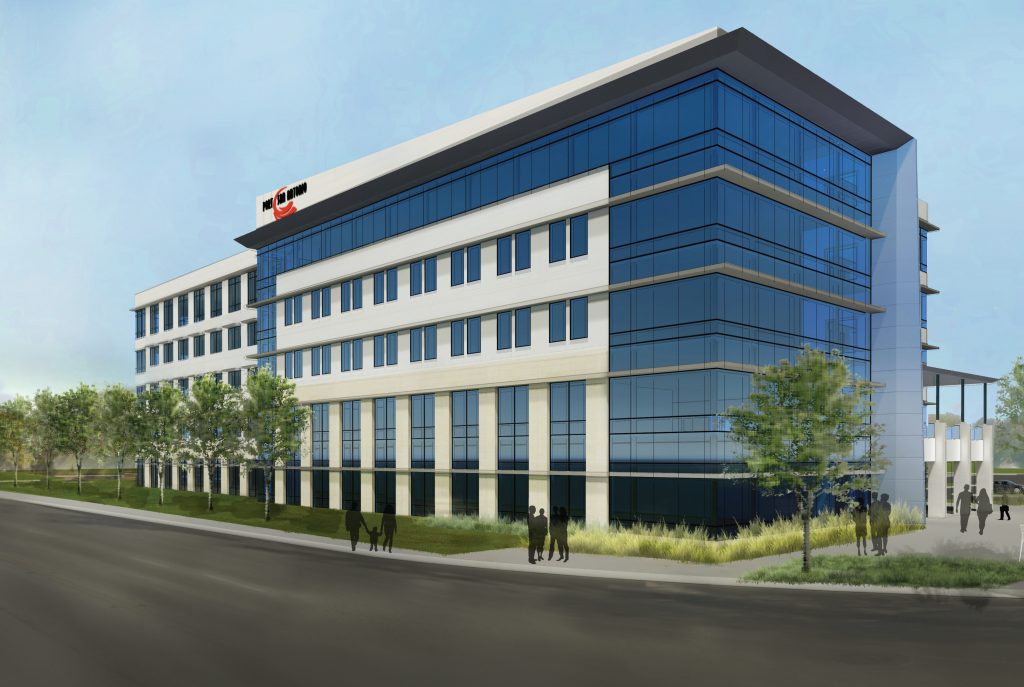 Port San Antonio‘s new strategic course launched 18 months ago has paid off with close to 3,000 new jobs in cybersecurity, aerospace, and other advanced technologies, Port president and CEO Jim Perschbach said in Friday’s State of the Port address. Organized by the West San Antonio Chamber of Commerce, the annual year in review emphasized how bold decisions have paid off so far in economic development and new opportunities for innovation at the Port.

Of the 2,757 jobs created since the start of fiscal year 2018 to date, only 50 were a result of economic incentives offered by the San Antonio Economic Development Foundation, Pershbach said.

The Port is home to significant cybersecurity operations, including 1,000 personnel employed by the 16th Air Force (Air Forces Cyber) headquarters. Private-sector cybersecurity innovators have set up new offices at the Port in recent months to support both military and commercial clients.

Since the spring of 2018, cyber industry companies, including Lockheed Martin, CACI, IPSecure, CNF Technologies, Northrop Grumman, IOMAXIS, Booz Allen Hamilton, Salient CRGT and Dynamic Advancement have either launched new operations at the Port or have expanded their state-of-the-art facilities campus-wide.

Some of that expansion can be traced to May 2018 when the Port opened its first specialized cyber-capable building called Project Tech. The Port’s board approved the construction of the 90,000-square-foot state-of-the-art facility, one that can be customized to meet the specific needs of the growing number of cyber operations at the Port. At the cost of about $20 million, the speculative building of a new facility for organizations and companies looking for secure spaces (Sensitive Compartmented Information Facility or SCIF) with special requirements for security and communications may be considered a risky move.

Instead, three companies — Lockheed Martin, CACI, and CNF Technologies — located new operations within the Project Tech building. Within nine months of its opening, the building has been fully leased, Perschbach said.

With Project Tech reaching full capacity, the Port’s board of directors approved building a second facility to meet the growing demand from cyber and defense stakeholders in September. Project Tech Building 2 will be near twice the size of the first 90,000-square-foot Project Tech cyber-capable building at 174,000 square feet. Port officials estimate its completion in early 2021.

Two days after the Port’s board approved the second Project Tech facility, the Port signed a lease Friday morning with an unnamed customer to lease little over half the new building, Perschbach said.

“This speaks to the demands from the national security partners, missions, and customers and the companies who support them at the Port,” vice president for cybersecurity business development Will Garrett said. “It’s an aggressive move by our board to set us up for the next 18 months to two years to meet the growing needs of our customers.”

The new tenant will occupy half of the space and bring an estimated 400 new jobs to the Port. Further details will be available in the coming weeks, according to Port officials.

The national security and Department of Defense community is hampered by its inability to advertise future needs, said Red Thomas, founder and CEO of Red Knight, a San Antonio-based cybersecurity services company located at the Port.

“What the Port has done well is forecast their needs,” Knight said. “They understand the growing needs of this government customer base well and are providing a home for the companies supporting cybersecurity missions.”

Reminiscent of the proactive decision to build the Project Tech 1 and 2 buildings is another forthcoming Port announcement Nov. 20. Pending the board’s approval, that’s when the Port will share plans for an innovation center.

The space, which will include a technology arena, museum, collaborative technology transfer lab and an industry showroom, will help accelerate innovation development already in progress at the Port and across San Antonio. The planned maker space, co-working space, e-gaming arena, and new home for the San Antonio Museum of Science and Technology (SAMSAT) will also be designed to help connect San Antonio’s community with educators and technology employers for more workforce development opportunities. The new center is slated to open sometime in 2022 or sooner.

Since SAMSAT first opened at the Port in 2017, over 10,000 students have participated in STEM (science, technology, engineering, and mathematics) programs developed by the museum and its partners.

“Our move to the innovation center will help us put more partnerships in place with school districts and other educators throughout San Antonio,” said David Monroe, SAMSAT founder and CEO. The museum’s new location will be able to accommodate additional STEM programs with an estimated capacity of over 100,000 students a year.

Perschbach thinks the momentum of creating new jobs at the Port will not slow down any time soon.

Featured image is a rendering of the proposed Project Tech 2 building to open at Port San Antonio. Courtesy image.