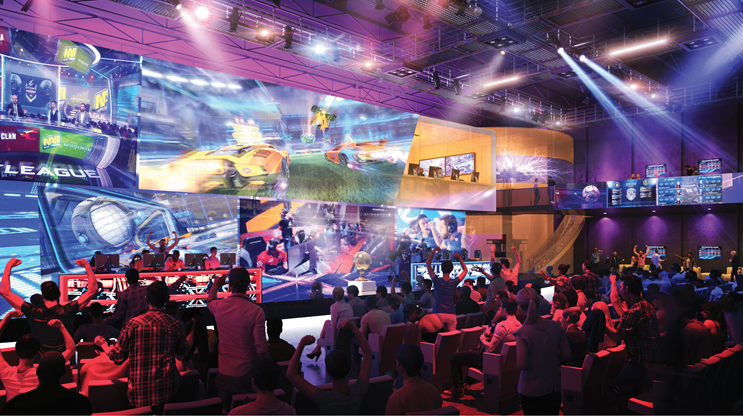 In February, Port board members approved a pre-development agreement with American Triple I Partners, an infrastructure private equity firm focused on transportation, information technology, and smart city investments, to build the innovation center. The 120-day agreement has been extended to November 30, when the Port’s Board members will review and vote to approve the development plan.

The proposed innovation center would feature unique facilities showcasing new technologies developed in San Antonio and connect these startups to buyers throughout the nation and around the world, Perschbach explained. The planned maker space, co-working space, e-gaming arena, and new home for the San Antonio Museum of Science and Technology would also help connect San Antonio’s community with educators and technology employers for more workforce development opportunities.

The Port is on track with an aggressive timeline to have the center operational sometime in 2022 or sooner.

“We are in discussions with third parties and will come back to the Board with our recommendations in late November,” Perschbach said. “We plan on having the new center up and running somewhere between 12 and 18 months after construction begins on customizing the building’s interior.”

An existing 130,000-square-foot empty building on the northeast corner of Billy Mitchell Blvd. and 36th St. will be the home for the new center. Port San Antonio is planning five distinct features for the space:

American Triple I and its partner Sundt Infrastructure Development LLC will also produce the concept development for a new facility as part of the Port’s Project Tech complex. The new building will add office space for sensitive defense and private-sector cybersecurity and other advanced technology companies supporting military operations and commercial clients.

The building, called Co-Op 1, will have 173,000 square feet or be near twice the size of the first 90,000-square-foot Project Tech cyber-capable building that opened in 2018, Perschbach told Startups San Antonio.

“The continued transformation of the Port into a national tech center is critical for the economic competitiveness of the next generation of San Antonians,” said David Cibrian, CEO of American Triple I Partners. “The Port’s Board and management team is executing on a vision that makes our city a national thought and action leader in cybersecurity, research and development, engineering, and high-tech education.”

The Port’s success in fully leasing the first Project Tech building built on speculation shows a sign of the strong demand from cybersecurity firms for cyber-capable facilities. Pershbach’s take is that this is only one indicator of building momentum.

“In the past 18 months, we have leased or extended leases on almost 2 million square feet of space and have created over 2,300 jobs at the Port,” Perschbach said. “We’re going as fast as we can to provide space for the people to want to be here.

“We think as the [innovation] center starts to come together, it will pick up the pace. We’re seeing big system integrators, government entities, startups, and established companies showing interest in what the innovation center can offer.”

Featured image is a rendering for the Port’s new e-arena as part of its planned STEM campus. Rendering credit: Port San Antonio and Gonzalez | Mogas Architects.