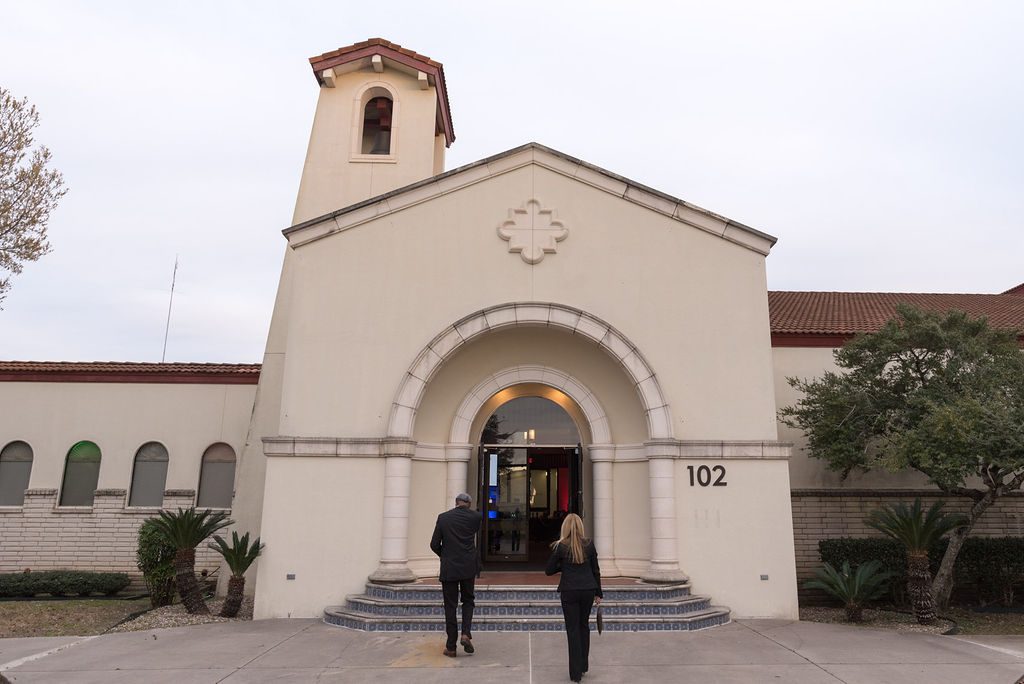 San Antonio is home to a world-class collection of historic science and technology artifacts housed in an early-stage museum that is the centerpiece of Port San Antonio‘s planned innovation center. Conceived as a hub for science, technology, engineering, and math (STEM) innovators and entrepreneurs to work alongside industry partners, the Port’s innovation center will also include the expanded new home for the San Antonio Museum of Science and Technology (SAMSAT).

That larger space will accommodate the growing mission of the nonprofit museum, which in late September merged with SASTEMIC, operator of the Geekbus and longtime provider of STEM programming and educational services.

“Together, we are a larger, stronger and more diverse organization, carrying all our staff and services forward,” said David Monroe, founder and CEO of SAMSAT. “SASTEMIC has been a longtime partner and now we’ve merged our complementary strengths into one organization and mission.”

That mission is to use SAMSAT’s collection to teach students about the past, present and future of innovation by using science, technology, engineering and math (STEM).  SAMSAT and SASTEMIC both focus on inspiring the next generation of STEM-capable workers.

In the last week of September SAMSAT received a $100,000 gift from The Boeing Company to expand the Geekbus STEM Club program into 2020. The program is available at locations operated by club program partner San Antonio Housing Authority (SAHA). The program will serve 240 unique students at the two SAHA locations in both the spring and fall of 2020, teaching them about coding, forensics, cybersecurity, drones, robotics, and structural engineering.

From Inventor to Museum Founder

Monroe is an innovator himself, holding 56 patents for foundational technologies. He worked on developing the first microprocessor during his time at Datapoint, a computer company that once operated in San Antonio. Monroe then worked with the FBI to develop secure image transmission systems that over time, led to his inventing the means for video teleconferencing and the cellphone camera. Monroe’s first company, PhotoTelesis Corp., supported sensitive government contract work while his follow-on company, E-Watch, focused on commercial digital security systems.

A lifelong collector of early science and technology, Monroe acquired items as diverse as Thomas Edison’s first prototypes of his generator and lightbulbs to White House communications gear. He conceived of turning his collection of inventions dating from the 1800s to the modern era, at first housed at his former company, E-Watch, into a museum in 2013.

By 2017, SAMSAT moved to Port San Antonio to 102 Mabry Drive, where about 500 items are on display to show the technological progression from early inventions in electricity and the radio to wireless networks, camera phones, personal computers, and cybersecurity hardware. The museum is open every Saturday and is staffed by volunteers.

Work at SAMSAT continues at a feverish pace. The Alamo IEEE chapter of the international professional technology nonprofit organization is curating a comprehensive new cybersecurity exhibit. Meanwhile, Monroe and volunteers continue restoration work, indexing the 10,000 or so artifacts in the rest of the collection.

“There is so much left to do before moving SAMSAT into the Port’s new Innovation Center,” technology manager Jorge Amodio said. “We’re also looking at developing new interactive ways to engage visitors when they visit the museum in its new home.”

Port officials anticipate its board will review and vote to approve the development plan for the proposed innovation center by Nov. 30. An existing Port building will house a maker space, co-working space, a state-of-the-art e-gaming arena, and the new home for SAMSAT. The Port is on track with an aggressive timeline to have the center operational sometime in 2022 or sooner, according to Port president and CEO Jim Perschbach.

A microcosm of the innovation ecosystem envisioned for the Port innovation hub is already emerging at SAMSAT, Monroe said.

The museum warehouse, informally called FoxWorks, is not open to the public. The space is home to the bulk of the museum’s collection and to specialized fabrication equipment that will eventually be moved into the innovation center’s maker space.

The Wex Foundation has also moved its headquarters to SAMSAT to work alongside the museum on middle and high school STEM education by integrating space exploration technology with project-based learning. Wex is using SAMSAT’s warehouse space to develop curriculum using 3D printers that will teach students how to create habitats for space exploration using basalt, commonly found on planets like Mars.

Technology startups Reckon Point and Hatchbed work out of the museum’s warehouse space as well.

Kris Kozak and Marc Alban founded Hatchbed in 2018 after they left the Southwest Research Institute, where they worked on autonomous vehicles. The duo moved to the Port to work alongside STEM innovators at SAMSAT because “it’s an inspiring place that opens up the possibilities for us as a start up,” said Kozak.

Hatchbed provides contract research and development work for clients in the robotics and autonomous vehicle industry both locally and across the U.S. They discovered SAMSAT after meeting Monroe and Reckon Point robotics founder Gabe Garza, who has had his spaces at SAMSAT since 2018.

“Being at SAMSAT inspires us and opens up the possibilities of what we can do in terms of selling our services to our clients so we can be more than a software company,” Kozak said.

That synergy—of inventor and industry, capability with possibility—is what pushed Monroe to launch SAMSAT as a world-class science and technology museum that inspires students and startups alike. Click To Tweet

“We’re inspired by how the Port is building an innovation platform that will include industry—and the museum fits in well with their concept,” said SASTEMIC executive director Cliff Zintgraff. “I’ve worked in economic development and innovation so I’m fired up to see the Port using those same best practices to connect all industry sectors with government, academia, nonprofits, industry, and especially education.”

SAMSAT will host a Datapoint reunion Oct. 12; tickets are available by clicking here.