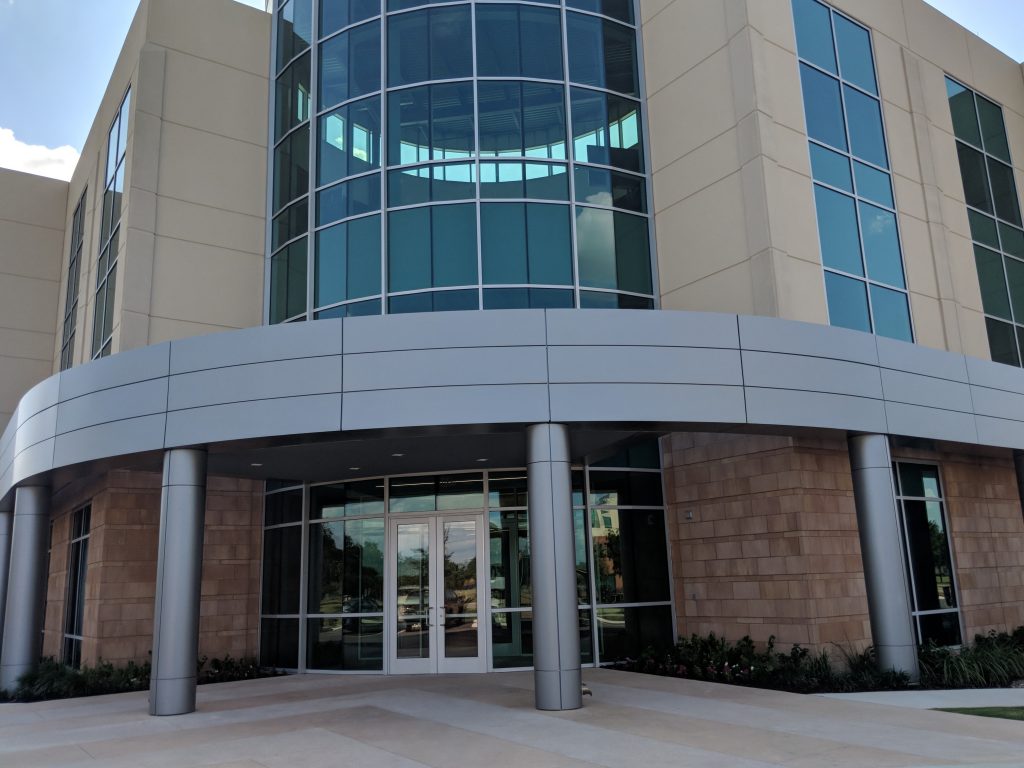 CNF Technologies is one of the 100 fastest-growing companies in San Antonio for 2019 and is a leading source of specialized cybersecurity expertise nationwide. In 2015, CNF Technologies had only 26 employees and annual revenue of $4.5 million. The early projections for 2019 are about 155 employees and annual revenue of $32 million, according to chief operations officer Stephen Barish.

Husband and wife co-founders Roxanne and Fred Ramirez started the cybersecurity company in 2005. Roxanne is a retired educator who became the company’s CEO while husband Fred is a former civil servant at the former Kelly Air Force Base who oversaw the first Air Force Computer Emergency Response Team (AFCERT), a network monitoring, incident analysis, and response team.

The company’s experts work at the new lab and nearby cyber commands at the Port, in its headquarters in San Antonio’s Northwest side, and at client sites nationwide.

CNF’s growth means the company is aggressively hiring software engineers and developers, especially for the new lab. There are 40 employees at the Port lab location currently. The company is looking to add 50 more professionals to its new facility to start working on a new contract by September.

The company’s investment in its advanced cyber lab is designed to create an engineering and testing center of excellence here in San Antonio at the Port, Barish said

“We are the largest employer of cybersecurity professionals in San Antonio, to include our large publicly traded competitors like Lockheed Martin, Booz Allen, Northrop Grumman, and Macauley-Brown,” Barish said. “All we do is cybersecurity and our seasoned workforce reflects that. The average career experience for our professionals is about 12 to 18 years of experience.”

“We have hired every full-time every student intern we’ve had who has been awarded a scholarship from us,” Barish said. “We are keen on growing the talent pipeline locally.”

Barish said CNF is working on two emerging problems in cybersecurity: How to protect our nation’s critical infrastructure and how to stay ahead of rapidly evolving cyber threats.

“We’re looking at critical information infrastructure protection, how to secure the information that resides in things like utilities or ATMs,” Baris said. “We’re also looking at developing technologies to enable people to exploit radio frequency signals and turn that reverse-engineered exploitation into cyber protection against intruders.”

The significance of CNF choosing to stay and grow its company in San Antonio while supporting global clients reflects the importance of the city as one of the world’s top ten global cyber hubs, according to Will Garrett, vice president for cybersecurity development at Port San Antonio.

“CNF’s advanced cyber lab and training facility opening at Port San Antonio will be readily available to our Department of Defense customers while CNF continues to service its global clients,” Garrett said. “Their success helps highlight Port San Antonio and the city of San Antonio for our cyber capabilities.”

CNF Technologies is among five companies recently selected nationally to participate in the $950-million Air Force Research Laboratory (AFRL) Agile Cyber Technology 2 (ACT 2) contract to support cybersecurity operations for the Air Force, Navy, Army and National Security Agency. It is the only San Antonio-based company chosen for the project, which is expected to be completed by 2023.

The cyber company is also a partner of the University of Texas at San Antonio’s National Security Collaboration Center (NSCC), which is dedicated to advancing research, education and workforce development in cybersecurity, data analytics and cloud computing. CNF Technologies has already been sponsoring academic research at UTSA in an effort to support future potential employees for cybersecurity jobs.

“We’re excited to be working with UTSA’s National Security Collaboration Center as well as with our clients,” Roxanne Ramirez said. “Our company is working hard to provide cutting-edge solutions to emerging cybersecurity threats.”