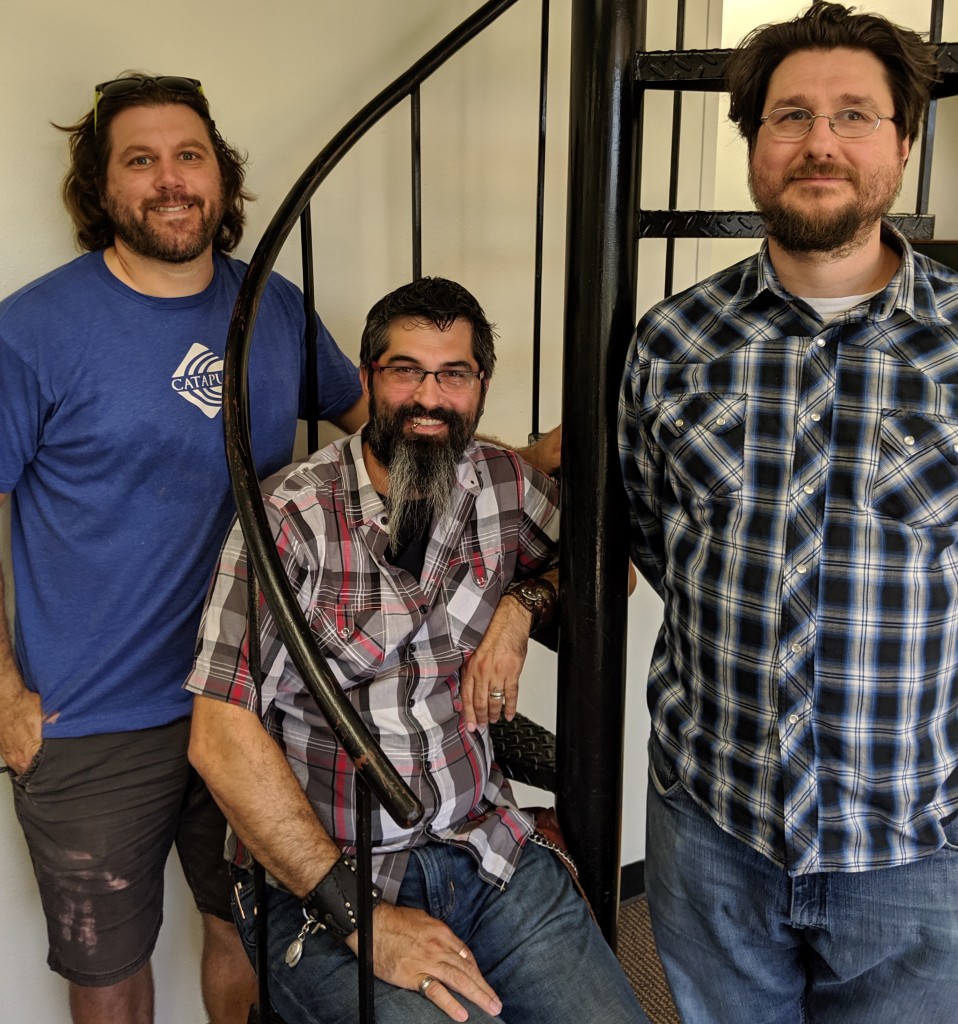 Startup founders interested in creating a technology product start with an idea. What if that founder lacks specific skills, highly specialized equipment, space, and manufacturing contacts to turn that idea into a working prototype?

San Antonio’s startup ecosystem now has a pre-fabrication service that can help early-stage innovators who lack the resources to develop technologies on their own. CANopener Labs is the first local company designed to help tech founders get their product idea ready for the market.

Co-founders Drue Placette, Dale Bracey, and David Elam opened a 7,000-square-foot warehouse, located at 1235 Safari St. near the San Antonio International Airport. The trio bootstrapped opening their prototyping space, building many of its features and often reusing materials and equipment. The startup provides prototyping fabrication and consulting services by appointment for clients and already has a handful of founders who are using CANopener’s capabilities.

“I’ve been holding onto lots of large specialized equipment in various storage spaces because we’ve been talking about the need for a service like this in San Antonio,” Placette said.  “If you want people to be innovative and lean at the same time, it means being able to access affordable folks with the skills who can help you build your first prototype. That’s CANopener.”

“We also have contacts in China for manufacturing when the time comes to produce your prototype,” Bracey said. “We can connect you so you can ramp up quickly and scale up manufacturing of your product.”

Placette and Bracey have always worked with advanced technologies. The duo operated a small free community makerspace or space with fabrication equipment called DoLab at Geekdom. They allowed Geekdom members to use their servers, drones, 3D and laser printers from 2016 to 2017 to develop products.

While volunteering at the San Antonio Museum of Science and Technology at Port San Antonio, Placette and Bracey reconnected with applied physicist and WiseWear co-founder David Elam.

The three often talked about how San Antonio innovators needed a prototyping service to get their ideas developed into a working model for a manufacturer to produce in large quantities.

“This is the missing piece in our tech community, a fabrication service that’s a one-stop shop,” Elam said.

Geekdom co-founder and mentor Nick Longo agrees CANopener addresses the need many inventors in San Antonio working in robotics, engineering, physics, and other technologies have. They often cannot access or afford expensive equipment needed to turn a concept into a working model.

“Think of successful startup companies like Parlevel or Merge,” Longo said. “They succeeded because they built something new or better than what was on the market.

“San Antonio’s ecosystem needs a place where founders can get their hands on capabilities for prototyping, fabrication, CPU board work, and more. That’s why CANopener will be a place we can refer founders to so they can get their product through the pre-fabrication stage, which is the hardest one when you’re bringing advanced tech to market.”

Longo connected entrepreneur Josh Ramos, founder of RMS Innovations, to the CANopener co-founders when Ramos needed help producing his idea for a biometric gun locking device. CANopener produced a prototype of his gun lock that is smaller, less expensive, and compatible with about 80% of popular rifles, shotguns, and handguns.

“They helped me by custom fabricating the internal electronics for the locking device, as well as producing the embedded coding that will connect the device to its accompanying mobile app software,” Ramos said. “I have an engineering background and was able to re-engineer components but I got as far as I could on my own.

“Without their engineering skills and I wouldn’t have been able to produce a final prototyping product that can go to market.”

The three co-founders have longer-range plans for opening a maker space to the community. For now, CANopener will focus its services on getting founders to the patent-pending stage with a product, whether it is producing a working model with schematics so a manufacturer can build it at scale or advising a client on how to develop an idea into a functioning prototype.

Longo mentored CANopener on their business model so they can “provide their high-quality services at a lower cost,” he said. Device prototyping services can cost as much as $500,000 to $1 million or more.

“San Antonio has needed this pre-fabrication space for the entire eight years Geekdom has existed,” Longo said. “We haven’t had a place where you could bring your idea to experts and have them refine the product into something that can go to market.”

For at least one entrepreneur, CANopener helped get an idea to market.

“The main reason I went to CANopener Labs was that they had tools and equipment I didn’t have access to and was too expensive for me to buy,” Ramos said.