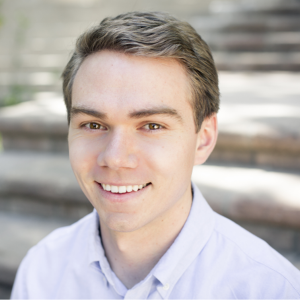 The RealCo Long-Term Accelerator program recently moved into its new office on the sixth floor of the Rand Building, but that is not all that has changed since the beginning of 2019. In January, Cole Wollak, a San Antonio-based entrepreneur and mentor, took over as the new director.  He follows the former managing director, Richard Grote, who returned to his home in Boulder, CO.

The program has been providing mentorship, networking resources, and early-stage investment in business-to-business (B2B) technology startup companies participating in the 15-month accelerator since its launch in March 2017.

“RealCo takes an active approach in helping our companies,” Wollak said. “We have more of a ‘just in time’ information model, plugging in the appropriate content and mentors when companies are thinking of hiring, marketing, operations, sales, or financials.”

Each year, RealCo selects five to 10 startups for the accelerator program. Operating inside Geekdom’s co-working space in San Antonio’s downtown district, the program currently has 10 companies in its portfolio.

One of its goals for participating companies is to achieve $1 million or more in annual recurring revenue or in money raised. RealCo’s first companies to join like Dauber and FunnelAI have since graduated, but “we still consider them to be part of our family of companies,” Wollak said.

Startups like FunnelAI have been transitioning into the role of mentors for the new cohort of companies coming into the program, as FunnelAI co-founder Sridhar Kamma has learned.

“We still get advice from RealCo when we ask for it,” Kamma said.

The next startup that will graduate from the program according to Wollak will be Dearduck. Founder Katy Aucoin created a software as a service (SaaS) recommendation platform that businesses use to help their customers make informed purchases using deep machine learning and the psychology of buying for others.

Read more: Dearduck Makes it Easier to Buy for Others

The most recent RealCo addition was in late 2018. Kronologic is an artificial intelligence (AI)-driven SaaS startup based in Austin. Their AI-powered smart bot will check a sales representative’s calendar and generate email correspondence to schedule follow-up with interested customers requesting more information.

From Trinity University to the Geekdom Fund

Wollak became interested in entrepreneurship while attending Trinity University where he was studying engineering. After graduating with his bachelor’s degree in engineering science in 2011 he became involved in San Antonio’s first three-day startup programs. He became the local TechStars program manager after meeting Jason Seats who used to lead Techstars Cloud in San Antonio. Wollak then transitioned into working at Geekdom to help launch the Geekdom Fund in 2012.

“Pat Condon approached me about starting it, so it began with a few Rackers [Rackspace employees] who pooled their money to invest in promising startups in Geekdom,” Wollack said. “I learned how to structure a fund and we talked to lots of startups. At that time, $25,000 was enough for founders who were working on their startup as a side gig and make the jump to working on them full time. Our mission was to help drive ecosystem activity rather than make big deals.”

After a year, Wollak began building a board and added Michael Girdley, Pat Condon, Michael Troy, Nick Longo, and others to help select startups.

The most notable tech startup invested in by the first Geekdom Fund was Parlevel Systems Inc., a vending machine technology company that received a $25,000 investment in 2012. As the fund headed into its third year, Wollak and the board saw how the need in San Antonio’s entrepreneurial ecosystem had changed.

“After our second year we saw how companies needed an investment of $100,00 or more, companies like Parlevel that are building a sustainable company,” Wollak said. “That’s when the fund became what it is today, a for-profit venture fund addressing the need for companies raising a larger round.”

The first Geekdom Fund check usually written for a startup is for $100,000, then “we’ll watch and wait before writing a $250,000 check,” Wollak said. The largest check written so far has been for $1.7 million for an undisclosed company. According to Wollak the Geekdom Fund has $3.5 million in its first fund and $20 million in the second fund.

The Geekdom Fund, led by Don Douglas, Mike Troy, Michael Girdley and Wollak, should not be confused with the quarterly Geekdom Community Fund that launched in early 2018 for Geekdom member tech startups that can apply for the chance to receive a $25,000 SAFE note.

From 2013 until March of this year Wollak was an engineer on his own startup focused on developing 3D imaging devices, FlashScan3D. He also remains active in the Geekdom Fund as it relates to his role as RealCo’s managing director. The fund provides the operating budget for RealCo and initial funding for incoming companies, anywhere from $100,000 up to $250,000, Wollak said.

“There is no one more passionate about helping startups and San Antonio than Cole,” said Michael Girdley, founding RealCo partner.

Next Steps for RealCo

Of the companies to join RealCo, only one to date was not able to build enough traction to continue operations. Tali, a Portland-based time tracking startup with revenue-generating customers, became RealCo long-term accelerator’s eighth portfolio company in June 2018, but the company found it challenging to find a solid market fit for its software service.

“They were a great team and it was a good learning experience for them,” Wollak said. “We are excited to work with the team when they land on their next startup opportunity.”

The accelerator continues to look for promising new SaaS companies and mentors to add to the RealCo advisory network.

“Mentors can choose to be on-call for their specific expertise or be willing to take calls only from specific founders,” Wollak said. “We’ll do a double opt-in for mentors willing to help so founders should have a specific ask from a mentor and mentors should be motivated to help in specific ways.”

Interested mentors can connect with RealCo by emailing team@realco.com.

Plans are also underway to build more content on business core capacities so a founder can receive a template on how to build processes such as for hiring, proforma financials, or fundraising, and work with mentors on customizing their implementation.

“I’m excited about our long-term goal of building our local ecosystem and expanding the RealCo mentor network for the new companies coming in,” Wollak said.  “It’s all about building momentum.”