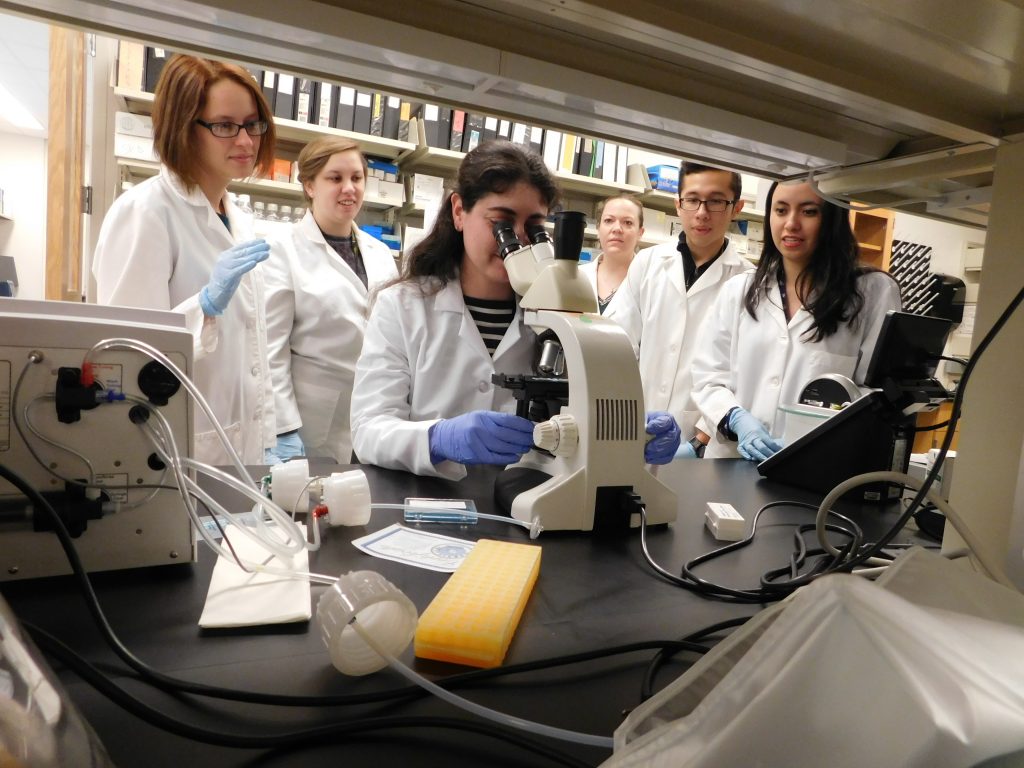 The San Antonio Chamber of Commerce 2018 Healthcare and Bioscience Economic Impact Study is based on 2017 data, according to the study authors economist Richard Butler, Ph.D., and health care administration professor Mary E. Stefl, Ph.D., both from Trinity University. The study completed in 2018 stated its conservative estimate of over $30 billion in impact on San Antonio’s economy in 2017. The authors included a more comprehensive analysis of economic impact with data from UT Health San Antonio, Baylor College of Medicine at the Children’s Hospital of San Antonio, and some military medical presence in San Antonio. The overall impact rises to more than $40 billion when the comprehensive data is taken into account.

This sector employs over 18 percent of San Antonio’s population, with more than 1 of 6 people working in health care or bioscience.  From labs to hospitals to physicians and scientists, the healthcare and bioscience industry has added more than 50,000 net new jobs over the past decade. For a city known for its tourism and as ‘Military City, USA,’ healthcare and bioscience provide the jobs that pay more than $9.8 billion in wages and salaries to over 182,000 employees.

The study highlights the steadily growing trend in healthcare and bioscience as a driver of San Antonio’s economy, Butler told an audience Tuesday. This leading industry is also a significant source of innovation, from the use of whole blood on rescue helicopters for better outcomes of trauma patients to advances in regenerative medicine, and more. Texas Biomedical Research Institute’s president Dr. Larry Schlesinger emphasized the need to leverage collaboration across San Antonio’s healthcare and bioscience sector to help drive research innovation even more.

The increased push for more “collaboration across San Antonio’s major bioscience institutions is critical to growing the research enterprise,” Schlesinger said. He explained how discoveries in basic sciences in the laboratories increasingly depend upon working across disciplines and institutions, sharing research for increased impact. Scientific collaboration has grown since the 1950s as science has become more specialized, driving the need for bigger research teams.

The four research institutions together generate over $900 million in bioscience grants and contracts. They are working together to develop a research pipeline for precision therapeutics that can be used in individualized medicine, developing personalized approaches to treating disease in a patient based on that person’s genetic signature.

“This was an easy conversation in which everyone shared that same desire for us to work together and elevate the bar of science,” Schlesinger said.

The four leaders are completing a strategic white paper to detail coordinated plans by year’s end, Schlesinger told Startups San Antonio. Efforts will include recruiting top-tier scientists, fostering joint appointments, and funding innovative interdisciplinary pilot research projects. The goal is to identify respective missions and strengths and leverage opportunities to work together, given that “research and medicine are facing a crisis of epic proportions.”

“When it comes to being competitive and finding the value proposition in where San Antonio differentiates itself, we have found that that’s in bioscience,” Jenna Saucedo-Herrera, president and CEO of the San Antonio Economic Development Foundation (SAEDF) said during The Health Cell’s October luncheon. Local bioscience institutes and companies are collaborating by sharing information with the SAEDF about their research and aggregate data, which the foundation can then use to attract companies and spur economic development in San Antonio.

“Too many of us are fighting for too few resources,” Schlesinger said. “And the threats we face from diseases are only becoming greater as our vulnerable populations grow. As a community, I believe San Antonio has embraced the idea that each of us has an important role to play in facing these threats.”