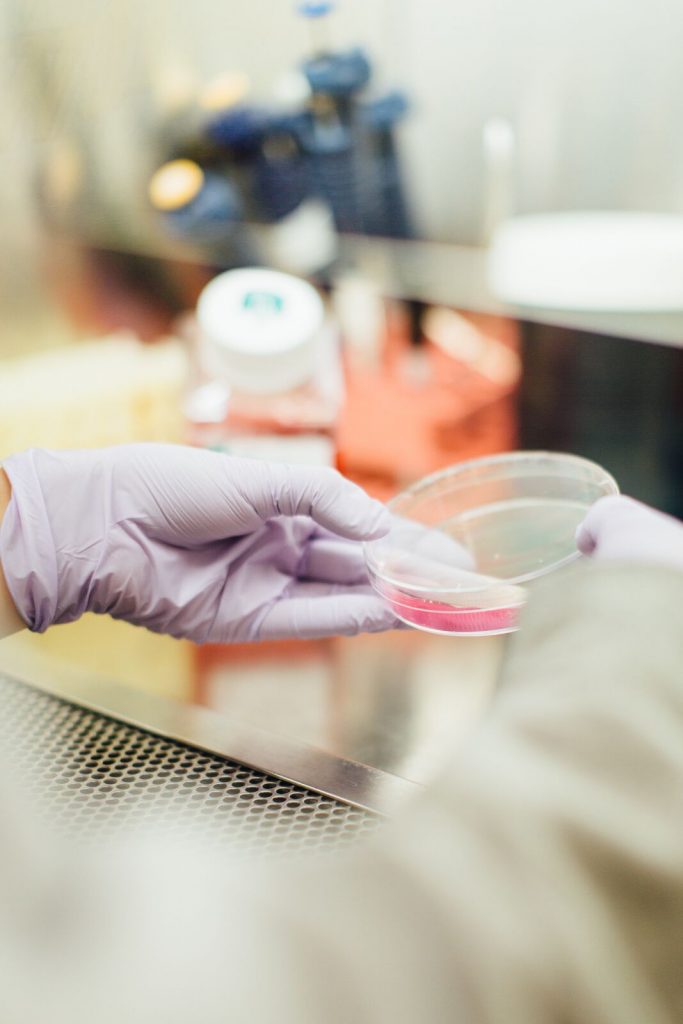 Hailed as the 2009 scientific “Breakthrough of the Year” by Science magazine, eRapa is the first drug proven to extend life span in mammals, on average by 20 percent.  The July 2009 issue of Nature reported that eRapa boosts health and longevity in mice, the first time any drug has extended a mammal’s life span.

Rapamycin is an antibiotic derived from microbes discovered in the soils of Easter Island in 1972 and was approved by the Food and Drug Administration (FDA) in 1999 as an immunosuppressant. It has long been used by transplant patients to help fight organ rejection, for those with heart stents to prevent clots from forming in vessels, and to treat certain late stage cancers. Researchers Z. Dave Sharp and Randy Strong at the University of Texas Health Science Center San Antonio’s Barshop Institute for Longevity and Aging Studies developed eRapa as a new oral formulation of Rapamycin with improved absorption in the body and a positive impact on the immune system.

eRapa is a platform drug that can treat multiple diseases, with dozens of studies proving eRapa’s positive impact on multiple types of cancers, auto-immune diseases, cognition, and other diseases associated with aging.  eRapa extends life span by delaying the onset and progression of cancer and by rejuvenating the body’s immune system, which is the body’s first line of defense against cancer.

The privately held company formed in 2012 to commercialize this unique drug formulation to treat age-related illnesses, such as Alzheimer’s disease and people genetically at risk of developing certain cancers, and to dogs and cats facing debilitating diseases.

Bottom line: The FDA has placed eRapa on a 505(b)(2) regulatory pathway, which will expedite eRapa’s path to the marketplace. If successful, eRapa will likely be a prime target for acquisition or licensing by a larger pharmaceutical or biotechnology company.

“Cancer is age related; as we age the chances of cancer increase,” RHI CEO Dan Hargrove said. “The drug eRapa delays the onset of cancer and reduces its progression.”

An investor base mostly located in San Antonio has led the company through numerous preclinical studies, finalization of the manufacturing process, and establishment of a strong patent portfolio. Rapamycin Holdings has raised nearly $7 million so far from the UT Horizon Fund and Texas Research Technology Foundation’s McDermott Legacy Fund as well from San Antonio-based angel investors. It is currently raising $1.5 million in funding to support a first-in-human Phase I clinical study  and further product development.

RHI has licenses to the intellectual property rights for the drug manufacturing process developed at Southwest Research Institute, where eRapa is manufactured. RHI also holds seven exclusive licenses with UT Health San Antonio covering multiple applications for this oral drug technology. The company is leveraging Rapamycin-related discoveries which could have dramatic implications in improving an individual’s life span and health as one ages, as well as for fighting cancer and other age-related medical conditions such as cognitive diseases like Alzheimer’s.

RHI has secured strong patent portfolio protection through 2035. eRapa is protected by patents surrounding the manufacturing process for the formulation and the unique dosing and treatment regimens in a variety of potential disease indications.

Rapamycin has significant toxicity issues, hence the need to develop a new formulation that would boost its effectiveness and minimize the side effects. eRapa is a low dosage, microencapsulated, enteric coated reformulation of Rapamycin with better bioavailability, more predictable blood levels, and more reliable dosing as compared to generic Rapamycin.

The clinical hypothesis, based on a significant body of animal data and academic research, is that a low dose eRapa therapy will be well tolerated and provide a dramatic reduction in the progression or recurrence rate, or both, of early stage cancers.

Data gathered during the Phase I study will guide RHI’s continued commercialization of eRapa.  In 2019 and beyond, RHI will pursue several Phase II studies to determine eRapa’s effects treating diseases such as non-muscle invasive bladder cancer, prostate cancer, and familial adenomatous polyposis or FAP, a precursor to colon cancer that the FDA has designated as a rare disease.

RHI is also developing a formulation of eRapa for veterinary treatment of animals with debilitating diseases. If successful, the company will be the first to make this drug available to veterinarians. Because the veterinary health drug pathway is less complicated than the human regulatory pathway, RHI estimates it could take about 24 months before the veterinary drug reaches the market, once a licensee is identified.

Rapamycin Holdings estimates a drug that treats feline chronic gingivostomatitis, a painful oral condition in domestic cats, represents a market opportunity of $30 million to $50 million a year, based on a study commissioned by the company.

Dan Hargrove, Chief Executive Officer: Hargrove, a lawyer by training, is a recognized expert and author on health care law and has extensive experience in operating oncology clinical trials. He has practiced and taught health care law for over 23 years with a focus on monetization and commercialization of intellectual property. He is the co-founder and Chief Development Officer for Cancer Insight, LLC, a drug development and clinical contract research organization.

George Peoples, CMO: Dr. Peoples, M.D., FACS, is the Founder and Director of the Cancer Vaccine Development Program, Uniformed Services University of the Health Sciences (USUHS), Bethesda, Maryland. He is the CEO of Cancer Insight, LLC, professor of surgery at USUHS and  an adjunct professor  of surgical oncology at MD Anderson Cancer Center. Peoples has published over 300 peer-reviewed articles and manuscripts and 12 book chapters on cancer, immune therapy, and similar subjects. He holds 7 INDs, 4 of his immunotherapies are in active commercial development, and is the named inventor on dozens of patents in the field of immunotherapy.

Ian Thompson, Principal Investigator: Dr. Thompson, M.D., a world-renowned prostate cancer expert, is the trial’s Principal Investigator and is based in San Antonio. Thompson serves as the Vice-Chair of the NCI Early Detection Research Network and previously served as President of the Society of Urologic Oncology and Director of the University of Texas Cancer Center.