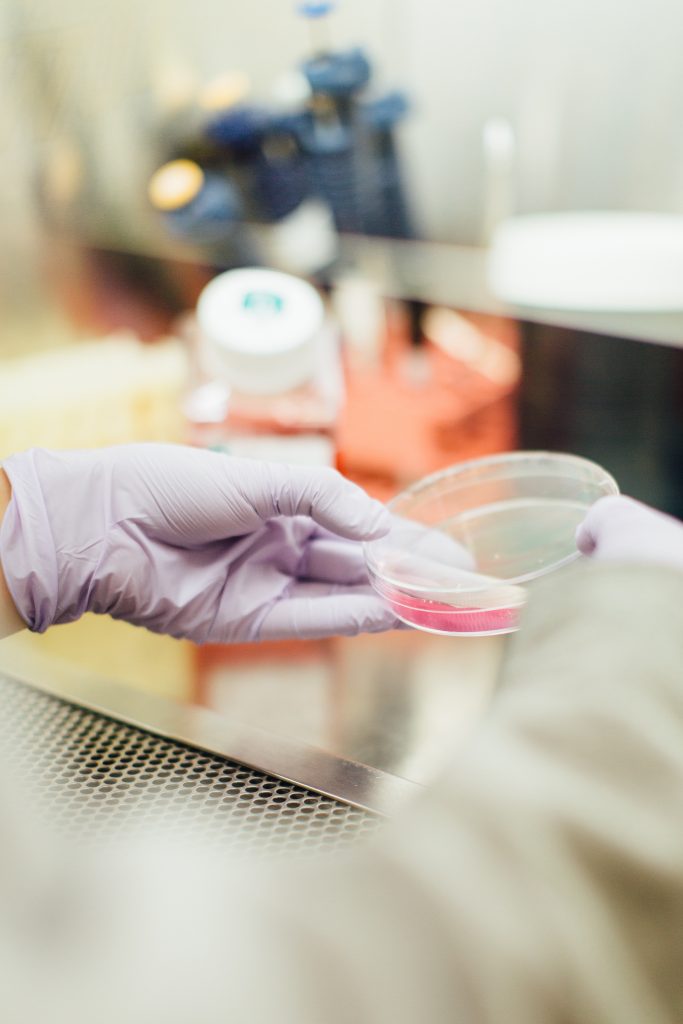 “This is our fourth annual event,” Health Cell co-founder Beth Eby said. “We aim for a good representation of those ‘who knew?’ stories from San Antonio’s bioscience and healthcare sector.”

The five stories reflect how innovators in San Antonio are significantly advancing the understanding of critical issues in the life sciences, having a substantial impact on public health, or highlighting pressing health care issues.

Hailed as the 2009 scientific “Breakthrough of the Year” by Science Magazine, eRapa is the first drug proven to extend life span in mammals, on average by 20 percent. The July 2009 issue of Nature reported that eRapa boosts health and longevity in mice, the first time any drug has extended a mammal’s life span.

Rapamycin is an antibiotic approved by the Food and Drug Administration in 1999 as an immunosuppressant and long been used by transplant patients to help fight organ rejection, for those with heart stents to prevent clots from forming in vessels, and to treat certain late-stage cancers. Researchers Z. Dave Sharp and Randy Strong at the University of Texas Health Science Center San Antonio’s Barshop Institute for Longevity and Aging Studies developed eRapa as a new oral formulation of Rapamycin with improved absorption and action.

The drug can treat multiple diseases, with dozens of studies proving eRapa’s positive impact on multiple types of cancers, auto-immune diseases, and other diseases associated with aging. It extends life span by delaying the onset and progression of cancer and by rejuvenating the body’s immune system, which is the body’s first line of defense against cancer.

“Our journey proves that everything you need to commercialize drugs and medical devices is available right here in San Antonio,” RHI CEO Dan Hargrove said.

For patients with severe blood loss, the fatality rate can be as high as 75 percent. In these cases patients are given separated blood products such as red blood cells or plasma, as whole blood transfusions have not been the standard practice since mid-1970s. The Military Health Institute is working with South Texas Blood and Tissue, local hospitals and emergency medical services, and the San Antonio Medical Foundation, to reintroduce the practice of whole blood transfusions.

Since January 2018, rescue helicopters in South Texas carry cold-stored whole blood for treating patients with major blood loss on their way to a hospital, according to Dr. Donald Jenkins, deputy director of military health at the Institute of Trauma and Surgery at UT Health San Antonio.

Jenkins, a former Air Force physician, knew the benefits of using whole blood in military medicine and sparked interest in researching its benefits for civilian use. The San Antonio Medical Foundation in 2017 awarded the San Antonio research team, led by Jenkins, a $200,000 grant to assess the benefits of cold-stored whole blood in treating trauma patients before arriving at the hospital. The team included scientists from the Southwest Texas Regional Advisory Council and South Texas Blood and Tissue Center.

In 2017, Jenkins presented data to the Blood and Tissue Center Foundation board, which supported the practice of giving cold-stored whole blood transfusions to patients en route to hospitals. The American Association of Blood Banks, the global nonprofit overseeing transfusion standards, also reviewed the team’s results and approved the practice in October.

“There’s only five liters of blood circulating in your system—lose two liters and it’s a coin toss if you will survive,” Jenkins said. “The National Red Cross is keenly interested in what we’re doing here in San Antonio.”

Research on Leading Cause of Intellectual Disability— Chromosomal Abnormalities

Dr. Jannine Cody began her work over 26 years ago at a time when there were no resources, support, or research available for families and individuals affected by chromosome 18 abnormalities. She founded the Chromosome 18 Registry and Research Society when her daughter Elizabeth was diagnosed with Chromosome 18q- Syndrome, a rare disease.

After encountering a lack of resources for her daughter, Cody decided to enroll in graduate school for a Ph.D. in cellular and structural biology. In 1990, she founded The Chromosome 18 Registry and Research Society, a nonprofit organization that helps those with chromosome 18 abnormalities.

San Antonio, through Cody’s efforts, has become a center of Chromosome 18 research and support for the families of those diagnosed with this rare condition. The nonprofit functions as a family support group and raises money for support and outreach activities, as well as for clinical research at the Chromosome 18 Clinical Research Center in UT Health San Antonio’s pediatric department.

The Sensica UO medical device measures the patient’s urine output in real time with the collection bag on a stand equipped with a sensor that automatically and accurately measures urine, sending data wirelessly when needed directly to the ICU’s database as part of the patient’s electronic health record. Using the automated device will provide physicians 24-hour access to urine output data while freeing up nurses from manual measurement. Mueller’s company AdaptTech Medical Devices will deliver its first 100 devices to local hospitals in February.

“Within a few years I can see the potential for every hospital using this device to measure urinary output, in effect, becoming the gold standard for automated urine measurement,” Mueller said.

Texas BioMed plans to leverage its primate center and high containment laboratories by building a second larger biosafety level 4 (BSL-4) lab to accommodate the need for more research on dangerous diseases. The research facility is also testing a modified tuberculosis vaccine that could prove more effective and provide longer-lasting immunity. Schlesinger plans to develop part of  Texas Biomed’s campus into a “colaboratory” where scientists from various disciplines can collaborate in laboratory spaces to work synergistically on infectious disease challenges.

“The most important and challenging threat to human health is infectious diseases,” Schlesinger said. “We need to have a broader response.”