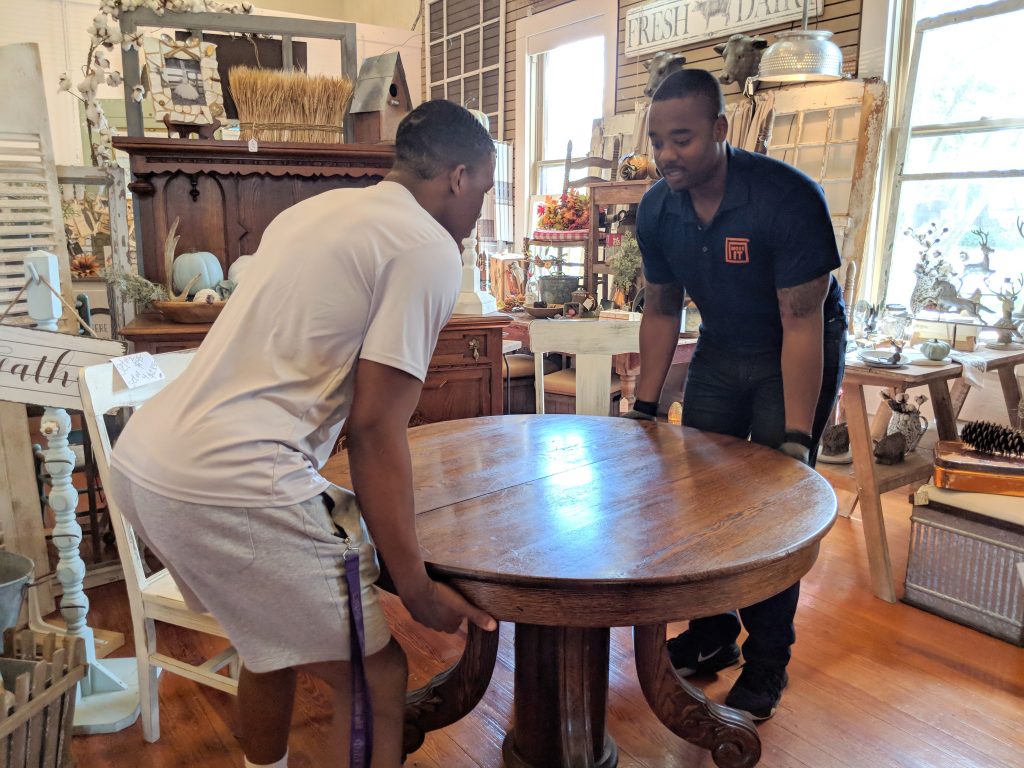 What if you could use an online service to arrange for movers at a moment’s notice for an affordable price?

San Antonio native Michael DeRouen launched his on-demand moving service MoveIt in September and has already completed over 20 moves in its first month of operation. The inspiration for his business concept came in March after he tried to help his mother move her washer and dryer.

“With no immediate access to a truck, it was pretty tough finding a quick way to move two huge hunks of metal,” DeRouen said. “After struggling with the issue for some time we came to grips with having to call a moving company.”

The moving company charged DeRouen’s mother $220 on the two-hour minimum for what wound up being 30 minutes of work getting the bulky items upstairs into her new apartment. The struggle to move his mother’s appliances spurred DeRouen to create a business connecting users with local pickup truck drivers to move items on demand.

“As long as the items fit safely in the bed of a full-size pickup truck, we’ll move them for you,” he said.

For small business owners who sell furniture or other bulky items, the on-demand service makes sealing the deal on a sale that much easier.

“We can’t lift and move large items and don’t have a truck,” said Sarah DiPaola, one of the five owners of The Sanctuary for the Vintage Soul, an antique store in Boerne. “It’s a great service for customers, but it’s also a great service for us because it helps store owners sell larger pieces by removing that concern for customers on how to get a special find home.”

MoveIt is a single member startup company operating out of Geekdom, a downtown San Antonio co-working community. The company relies on independently contracted movers who undergo background and Motor Vehicle Record checks. Movers must also be able to lift at least 80 pounds of weight and submit their moving vehicle to an inspection to assure it is in proper working condition. Interested movers can apply here.

“We take on the headache of delivery services for business owners, so they don’t have to deal with maintaining delivery trucks and drivers on staff for an occasional need,” MoveIt founder Michael DeRouen said. Click To Tweet

“A business owner can offer free delivery of a purchased item for customers without worrying about losing the sale if the customer can’t get it moved,” he added.

MoveIt does not have competition in San Antonio, yet. There are several on-demand local movers such as Lugg in the Pacific Northwest and Silicon Valley and Dolly which is spreading across the East and West coasts. Go Share started offering service in cities on both coasts and is now working its way across Texas with service in Dallas and Houston. BuddyTruk handles on-demand moves in Austin and San Marcos.

“On Demand services like MoveIt are a great opportunity for part-time income for retirees, college students, and people in between jobs or who want to just make more money,” serial entrepreneur and Geekdom co-founder Nick Longo said. “It also fills a great gap for those who don’t have a truck and have to move a few things or an entire house without renting a truck for a day or more and then doing the labor themselves.”

MoveIt’s driver partners program offers a benefits package for its independent contractors. Not only can movers work when it best fits into their schedules, but they also qualify for discounts on oil changes, tire and battery replacements, vehicle inspections, and other vehicle maintenance. MoveIt has a partnership with Meineke in San Antonio, according to DeRouen.

DeRouen plans to launch a MoveIt app and a rating system for movers in the near future. He is “looking to scale our on-demand alternative for local moves to a wide variety of B2C [business-to-customer] and B2B [business-to-business] markets.”

San Antonio Museum of Science and Technology executive director Drue Placette used MoveIt to move a truckload of heavy, sensitive technical equipment out of the museum.

“I used to use Craigslist to hire people at the last minute to help me move stuff and would have to worry whether they would do a good job,” Placette said. “This is a much-needed service where I know I can get someone I can trust and who can be there on demand when I need them.”