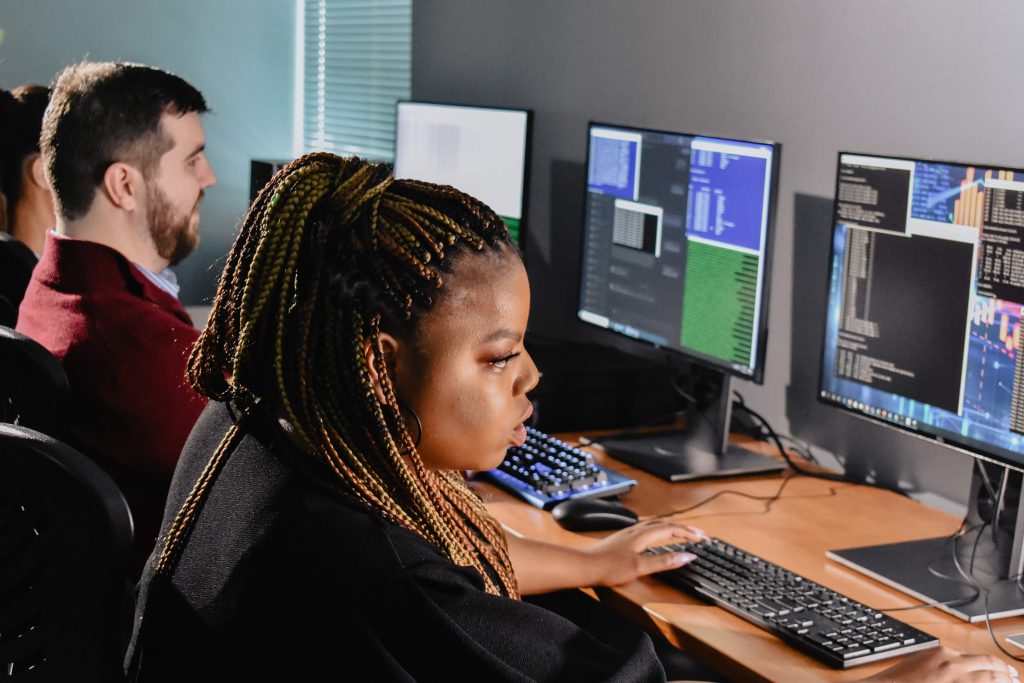 CNF Technologies and its unique cybersecurity expertise has garnered national attention for this San Antonio-based company. Over the past three years, CNF Technologies has been one of the fastest movers on the Inc. 5000 list.

The CNF team provides research and development, technology integration, and comprehensive cybersecurity expertise to protect national infrastructure and defense assets. They are a prime contractor for Air Force and General Services Administration security projects, which have spurred significant growth in recent years. This year, CNF also expanded its operations to Baltimore and Colorado Springs in addition to its headquarters in San Antonio.

The company started as a solo project in the Ramirez home.

Ramirez described how her husband Fred’s civilian service career in the emerging field of cybersecurity led him to start CNF Technologies as a solopreneur in 2005, operating out of a spare bedroom. The couple decided to base the company in San Antonio, Ramirez said, because they knew they could find talent locally as the company grew.

“That gave us the opportunity to show that we have those cybersecurity skills here.”

In 2008, Ramirez joined to handle administration and bookkeeping, “learning the company from the ground up.” She took on the CEO role in 2016, a year after Steve Barish, a leading national cybersecurity expert, joined the company as chief operating officer (COO). “Both of us have joined together to know what we’re looking for and how to get it,” Ramirez said.

Barish agreed that basing CNF Technologies out of San Antonio is a driver of CNF’s success.

“San Antonio probably has the largest concentration of professional talent in cybersecurity outside the national capital region,” Barish said. “That was pivotal as we built our foundation for growth.”

San Antonio’s depth of talent in technology “is 85 years in the making, dating back to the late 1940s,” said Garrett. “The founding of the Air Force Security Service at Lackland Air Force Base and then decades of intelligence, the early internet, and electronic warfare operations have created this DNA pool in San Antonio of talent who have transitioned out of civilian service or active duty service and launched companies here.”

Unlike the cybersecurity industry at large, which has a chronic talent shortage and stubbornly high employee turnover rates, “we retain more than 95% of our employees for the life of the company,” Barish said. “We don’t hire people for a job today. We try to hire people to retain them for a career.”

“It’s a key differentiator when we recruit employees, and that concentration of talent has been pivotal to us being able to grow.”

The company’s growth also hinged on “detecting an opportunity relatively early,” he added. “We realized that there was a deficit of emerging technology being incorporated into some of our clients’ network security capabilities and into the broader DOD marketplace.”

CNF Technologies, as a result, has focused heavily on bridging the gap in emerging capabilities necessary to combat ever-changing threats. In 2018, the company was among the winners of the Air Force Research Laboratory’s Agile Cyber Technology 2 contract with a total value of $950 million. CNF and four other companies on the contract are testing and rapidly deploying innovative cybersecurity technologies from the research and development (R&D) lab to the field.

“The kind of work that CNF does, they could do anywhere remotely,” said Garrett, “but what it really comes down to is talent, and I think that’s where San Antonio has excelled over the last couple of decades.”

Because full-time staffers and interns are now concentrated in the CNF lab, “we stopped relying on external researchers to anticipate what our operational customers want,” Barish said.

“We’re very close to the operators. From a federal-sector perspective, that’s important because we’re trying to impact problems that are impacting the nation right now. We’re looking for ways to accelerate the ability to assess potential vulnerabilities and attacks and respond to them in real time.”

CNF Technologies is a partner in UTSA’s planned National Security Collaboration Center, which is expected to open in 2021. The company also sponsors scholarships, internships, and special programs to reach young people interested in cybersecurity. That’s in keeping with CNF’s strong relationship with and deep roots in San Antonio.

“It’s an ideal place to be. We have the support here to make sure we find the personnel with the skills we need,” Ramirez said.

You can watch the full webinar here.

Casey Kelly-Barton is an independent Austin-based B2B content marketing writer specializing in data security, IoT, and fraud prevention. Connect with her on LinkedIn.

The featured image is of CNF Technologies employees working against emerging threats to the nation. Courtesy photo.