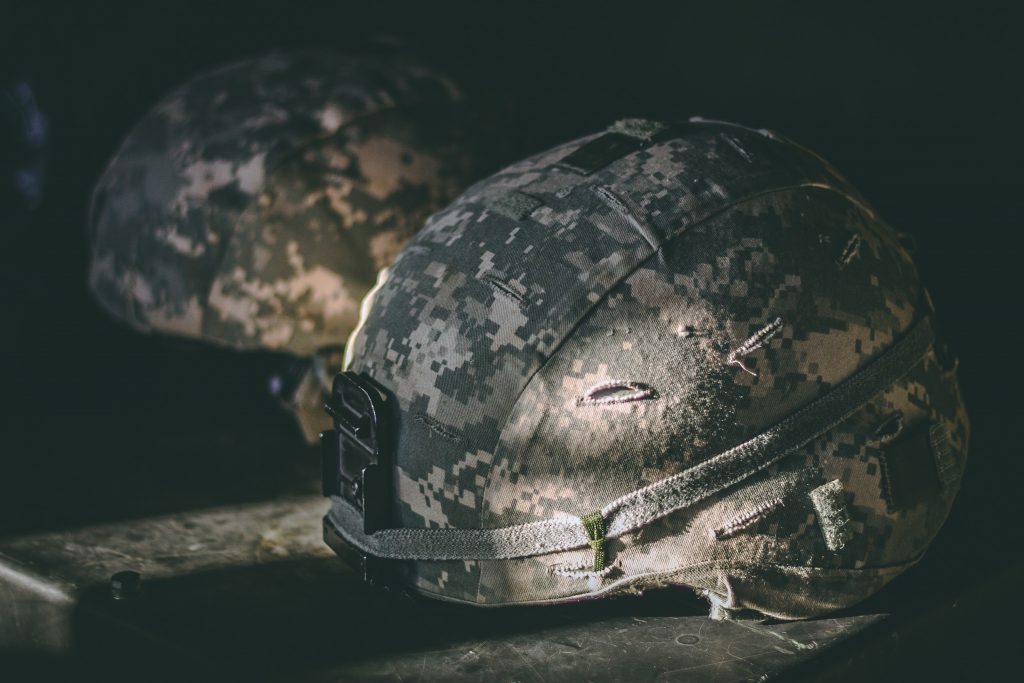 Combat veterans suffering from combat-related post-traumatic stress disorder (PTSD) after the Sept. 11, 2001 attacks did not have treatments tailored for the trauma they experienced because such treatment did not exist at the time. A former U.S. Air Force psychologist now based in San Antonio led efforts to develop customized PTSD treatment for combat veterans and will be recognized for his innovative work Thursday evening.

BioMed SA has selected Dr. Alan Peterson as the 2018 recipient of its Award for Innovation in Healthcare and Bioscience. BioMed SA, an advocacy organization promoting San Antonio’s bioscience industry, recognizes innovators annually who have put novel ideas into action with transformational results. Peterson will receive the award Sept. 13 at the Vistas at Valero.

BioMed SA will also recognize Dr. Basil Pruitt with a Lifetime Achievement Award for his work as one of the founding practitioners of modern trauma and burn medicine. Pruitt was commander and director of the U.S. Army Institute of Surgical Research for 27 years before joining UT Health San Antonio as a clinical professor in the department of surgery, where he holds the Dr. Ferdinand P. Herff chair in surgery. Pruitt’s work has revolutionized the management of trauma, burns, and critically ill or injured patients worldwide, with innovations that include the pioneering use of burn wound biopsies, cohort nursing and high-frequency interrupted flow ventilation for inhalation injuries.

Peterson, chief of the division of behavioral medicine at UT Health San Antonio, is a researcher and psychologist who organized and leads two nationwide PTSD research organizations—the STRONG STAR Consortium and the Consortium to Alleviate PTSD (CAP). The ground-breaking methods the groups have developed help prevent, detect,  and treat military members and veterans who have PTSD.  As one of the nation’s leading researchers in combat-related PTSD in active-duty military personnel and veterans, Peterson led efforts that have resulted in dramatic improvements in how service members are treated for PTSD.

During his 21 years of military service as an Air Force clinical psychologist, Peterson deployed three times and treated service members with PTSD in combat. He was among the first to act upon the need for evidence-based treatment for PTSD for active-duty service members. Peterson found that standard treatments used for civilians do not work as well with combat PTSD patients, so he adapted a leading civilian therapy called prolonged exposure therapy. Dr. Edna Foa had developed the therapy for sexual assault victims, so Peterson tailored it for those serving in deployed locations.

“We started to see combat-related PTSD cases and discovered after literature searches there had never been a clinical trial or study to examine this problem,” Peterson said. “We were to treat people and reduce their symptoms rapidly, so they were able to complete their deployment,” he said.

After returning to San Antonio and launching five PTSD studies, Peterson faced the decision to hand them off and make another military move or leave the military. Peterson decided to join UT Health San Antonio in 2005 and began to reach out to top civilian researchers across the nation to establish the STRONG STAR consortium for focused combat PTSD research and treatment development.

“We’ve done 52 studies over the past ten years,” Peterson said. “The top scientists from around the country were working at military bases where the study subject population was located.”

Projects took place at Fort Hood and San Antonio military installations, including Lackland Air Force Base, Fort Sam Houston, and Randolph Air Force Base.  The largest clinical trials were at Fort Hood with 40 full-time UT Health San Antonio faculty and staff embedded at the base hospital, with an additional 45 or so other researchers working with the military population at San Antonio bases.

“We currently have about 28 ongoing studies,” Peterson said. “The military has benefitted from their service members being evaluated and given gold standard treatments to evaluate how well treatments work for combat-related PTSD.”

The STRONG STAR Consortium is accepting referrals for various studies from active duty military stationed around the world. The Texas Veterans and Families Alliance will fund transportation, room, and board for Texas-based veterans to participate in three weeks of PTSD treatment.

The research network Peterson developed has advanced the quality of care for veterans with combat PTSD and influenced the Department of Defense policy implementation as a direct result of this work. Together, STRONG STAR and the CAP consortia form the world’s largest research group focused on combat PTSD and related conditions in active duty military, with more than 150 collaborating investigators from over 40 military, the U.S. Department of Veterans Affairs, and civilian institutions.  Under the leadership of UT Health San Antonio, the consortia represent the largest PTSD research groups working in military settings to have successfully conducted multiple, large-scale randomized clinical trials with active duty military populations.

“The studies have validated that combat-related PTSD can be effectively treated in active-duty personnel,” Peterson said. “We’re like the MD Anderson for combat PTSD.”

“Their accomplishments epitomize the value of the ongoing collaboration between the civilian and military medical communities here in Military City USA and the innovation that springs from it,” Stevens said.