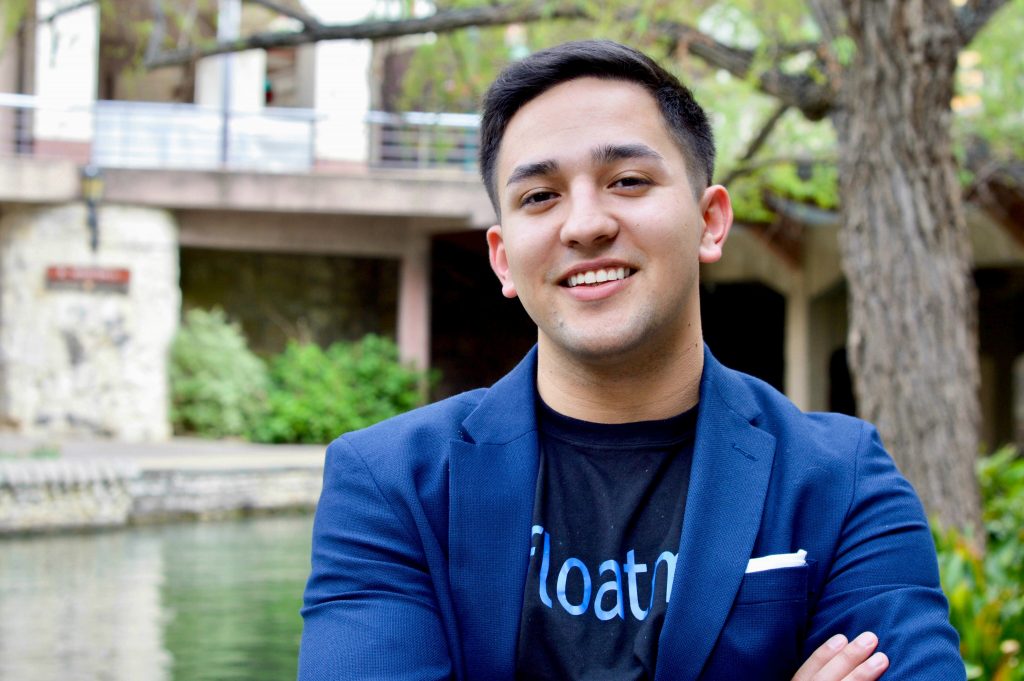 Founder Josh Sanchez experienced firsthand paying for unexpected car expenses with a payday loan for $200 that turned into a $250 payback balance after only two weeks. Sanchez started thinking of less expensive options to access money short term and developed the FloatMe app in 2017 to enable workers to get a “float” or short-term advance on their next paycheck without paying hefty fees or interest.

The other startup to receive a $25,000 Alamo Angels investment was Checkups,  a San Antonio-based startup provides bond agencies and local municipal jurisdictions a mobile application and software platform for monitoring clients who are out on bond while awaiting trial.

“I’ve seen for myself great growth in both companies since completing the pre-accelerator program,” said Geekdom chief executive officer (CEO) Charles Woodin. “Thanks to our partnership with the Alamo Angels, we can help support both companies as they bring their concept to market.”

Employees can access their future earnings to borrow up to $50 instantly, with the borrowed amount deducted from the next paycheck.

FloatMe integrates with the user’s bank account, giving users 24/7 access to an advance on earned pay by using the app.

The core team consists of Sanchez as CEO; Chris Brown, who came to the team from Rackspace, is the chief technology officer; Ryan Cleary handles data, financials, and legal issues as chief of financial operations; Anthony Cervantes is vice president for engineering; and Caleb Scott oversees user experience.

The FloatMe team won $13,000 in awards from the October 2017 Three-Day Startup weekend challenge held at Geekdom. Before that weekend, the team members did not know each other. Since October, the team has learned much about regulations in the loan industry which helped them refine their concept into a service for consumers.

Their participation in Geekdom’s pre-accelerator program allowed the team to focus on adding services like overdraft protection and an automated savings feature so their app can perform well in a competitive market. The startup has a waiting list of 20,000 customers interested in the service once it is launched.

“The investment will allow us to complete the round raise and meet the demand for our product by going to market and launching sooner,” Sanchez said.

Geekdom pre-accelerator program director Joyce Deuley mentored Sanchez when he launched FloatMe last year and was encouraged to see him apply for the six-week program this spring.

“Josh is an excellent example of the talent we have in San Antonio, someone who is determined to serve as a role model and inspire others as he grows his company,” Deuley said.

Featured image is of Josh Sanchez, founder and CEO of FloatMe, a startup based in San Antonio, Texas. Courtesy image.