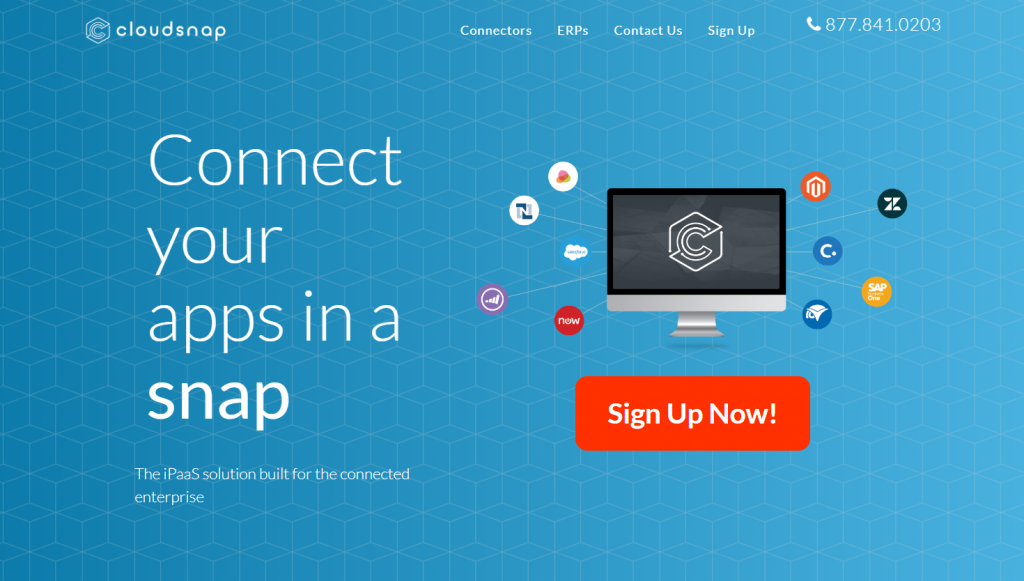 A fast-growing Austin-based startup quietly operating since last summer has captured the attention of one San Antonio-based venture firm. Software company Cloudsnap announced Wednesday that Active Capital, which invests in early-stage software-as-a-service (SaaS) startups, is leading its $1.75 million seed round.

Cloudsnap offers mid-sized companies a cloud-computing Platform as a Service (PaaS) system.  Their platform automates the secure transfer of data between third-party software applications and a company’s enterprise resource planning or ERP business process management software. Companies use their ERP software to manage and integrate their financial data, supply chain, operations, reporting, manufacturing, and human resource activities across a business.

Cloudsnap founder and chief executive Rick Barkley previously headed Nuvola Networks, an e-learning company he founded in 2013. The founder with engineering and software development experience soon discovered integrating the learning management system with a customer’s enterprise platform was “a major pain to do,” Barkley said.

“I can’t stand doing repeating tasks, so I looked for ways to automate the integration after searching for existing products,” Barkley said. “Zapier is consumer focused and doesn’t adapt to the typically customized enterprises at B2B companies, while Dell Boomi is way too expensive and not at the price point we needed.”

Businesses rely on cloud-based applications for taking customer orders, for example. That order data must make it into their ERP platform so the company can manage its supply and demand of products and services. The integration platform Barkley developed works to automate the data transfer seamlessly between the company’s applications and its financial backbone, the company’s ERP system.

Barkley phased out the e-learning Nuvola Networks company to focus on selling its integration platform as a service. Matthews knew the founder of a different company called Cloudsnap that started in 2011 but was no longer in operation.

After checking with the founder, Matthews suggested Barkley take that name for his new company since the name fit well with Barkley’s newly created platform. Since launching in September 2018 and receiving a $500,000 pre-seed round which Active led, the startup has grown to 19 employees.

“Growth has been pretty dramatic,” Barkley said. “In the last week of February, we added more customers than in the whole month of December.”

Barkley had unknowingly discovered the bane of ERP implementation.

The demand comes as no surprise to ERP implementation expert Julian Payne, who has worked in supply chain software systems for businesses such as Starbucks, Otterbox, and Avon for over 30 years. Once a business reaches about 100 employees, Payne said, it needs a more robust ERP platform to manage its supply chain efficiently or risk losing money from unfilled orders.

With each business relying on many cloud applications for taking customer orders or sending shipping notifications, the challenge often arises in the lack of interoperability between a customized ERP platform and the tens or hundreds of applications sending and receiving data.

“There really aren’t affordable integration options for the mid-market companies, the ones making anywhere from $50 million to $200, $250 million,” Payne said. “Smaller companies get by with entry-level software, while larger companies can afford a fully custom-built solution. That leaves mid-market companies relying on in-house IT staff to write ‘glue code’ so their apps and ERP can talk to each other.”

Using Cloudsnap’s platform means businesses can encode their business logic more easily into their set of rules that governs how apps use and move data in and out of their ERP system.

Over the next year, Barkley anticipates the startup doubling or tripling in size and is planning on using the $1.75 million to build its customer service, sales, and software engineering teams. Active is the lead investor, with Mercury Fund based in Hoston and Capital Factory in Austin joining in the round.

“What I think is compelling is that the round is bringing together investors from all parts of Texas including Austin, San Antonio, and Houston,” said Chris Saum, Active’s director of business development.

“We invest all over the country, but more and more in Texas,” Matthews said. “I think it’s anchored by Austin with other cities doing well, including San Antonio.”

The Austin-based startup “completely fit our mold,” Matthews said. The serial entrepreneur noted how Barkley has made much progress since September without lots of capital, growing quickly, yet staying disciplined with their spend rates as Cloudsnap grows to meet the large unmet need for their platform.

“The company has been flying under the radar but is poised for breaking out,” Matthews said.”