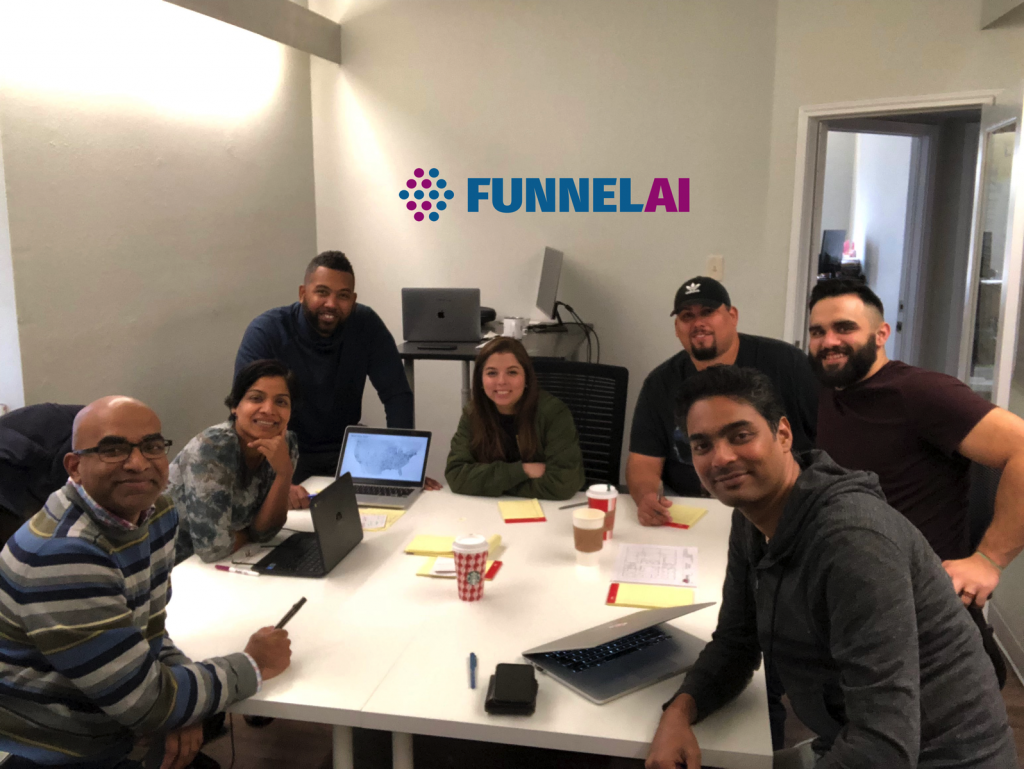 FunnelAI announced Wednesday it received a $1.5 million seed round led by Active Capital. The investment included funding from the Geekdom Fund, Europe-based retail and consumer investor True, and angel investors from San Antonio and Houston.

Founded in 2017, the marketing and sales startup created a software platform that uses artificial intelligence (AI) to find online indications of intent for businesses looking for customer prospects. RealCo accelerator and micro venture capital fund co-founder Michael Girdley helped bring the company from Austin to San Antonio, where it continues its participation in the accelerator program.

The company has been able to generate $1 million in annual recurring revenue through subscriptions for its flagship software tool since November 2018, or 15 months after its launch, Sridhar Kamma said.

Active Capital founder and CEO Pat Matthews said he continues to be amazed by the traction the company was able to demonstrate from early on.

“FunnelAI is easily one of the fastest growing companies in our portfolio,” Matthews said. “They’re using AI to create better outcomes, but they’re not necessarily an AI company. They are building a platform that one day will be relevant to many industries.”

The company initially sought to sell a software tool that searches online for people who have expressed an intent to buy or sell vehicles. Over time, FunnelAI focused its algorithms on the automobile industry itself to include parts, services, and financing.

The founders said they are in the process of closing deals potentially with enterprise-level automotive industry customers. Based in London, True co-founder Paul Cocker noted that FunnelAI was the first U.S. investment in its portfolio.

“We’re confident that through our sector specialist Live Network we can support FunnelAI with its international expansion, as well as its growth into new verticals, through our introductions to key decision makers in the retail and consumer sector,” Cocker wrote.

The startup is looking to expand into the next vertical in late 2019. With nine employees so far, the company has job openings for senior technology roles including a full stack engineer and AI engineer, plus sales and marketing operations staff.

To help fuel that growth, FunnelAI applied for and received a Bexar County skills development grant of up to $31,000 based on their creation of 31 new jobs paying at least $50,000 annually, excluding benefits, bonuses, and commissions.

San Antonio Economic Development Foundation (SAEDF) vice president of business development Danny Chavez knew about FunnelAI since they joined Realco. He met with the founders in late 2018 to discuss their business growth needs.

“Their ability to grow in San Antonio since moving from Austin, scale, and raise money shows they’re taking a chance on San Antonio,” Chavez said. “Having the support and resources brought together to support a company like FunnelAI makes San Antonio stand out as a place invested in helping tech companies grow.”

The skills development grant is part of Bexar County’s innovation fund aimed at startups that need trained workers in targeted industries for growth in San Antonio. Because of FunnelAI’s need for software engineers trained in machine learning and data science, the SAEDF was able to link them to SA Works, Chavez said.

“We’ll look at UTSA, military, and other workforce programs, to make the best use of educational, industry, and government resources to come together and help a startup in a target industry,” Matta-Barrera said. “We want to make sure FunnelAI has their workforce needs met.”

Sujatha Kamma said FunnelAI is invested in growing its company in San Antonio but explained “it takes courage” to create a new field of advanced technology at a time when there is not enough talent to support the explosive growth seen in the tech industry over the past five years.

“It takes a lot of work for small companies starting like us to make it work in San Antonio,” Sujatha Kamma said. “To establish a long-term strategy, we need both companies that believe in the community and the community to invest in the companies, so this grant is a validation of San Antonio’s support.”

Matthews sees news of FunnelAI’s $1.5 million seed round and its workforce development grant as evidence tech startups can make it in San Antonio.