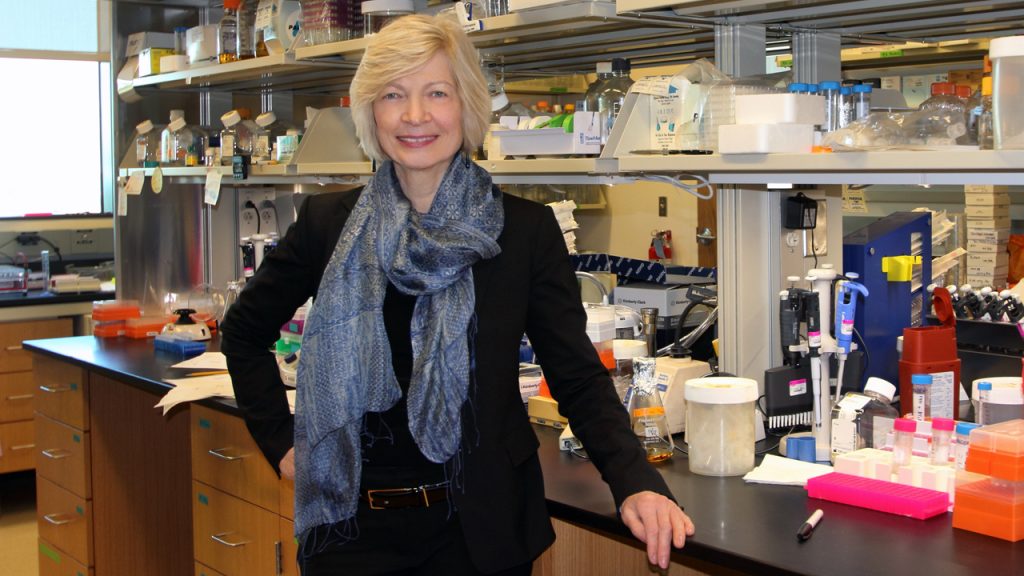 Researchers from the San Antonio-based Texas Biomedical Research Institute have discovered a new defense against HIV-1, the virus that causes AIDS. The group of Texas BioMed scientists led by Ruth Ruprecht, M.D., Ph.D., used an animal model to show for the first time that an antibody called Immunoglobulin M (IgM) was effective in preventing infection after mucosal AIDS virus exposure.

Only certain body fluids from a person infected with HIV can transmit the virus. Infection occurs after fluids such as blood, semen, pre-seminal fluid, rectal fluids, vaginal fluids, or breast milk come in contact with a person’s mucous membrane or damaged tissue or is directly injected into the bloodstream using a needle or syringe. Worldwide, an estimated 90% of new cases of HIV-1 are caused by exposure in the mucosal cavities found in the lining of the rectum or vagina, or inside the penis or mouth.

The study was published as a “Fast Track” article in the July 17 edition of the journal AIDS, indicating to readers these new data should get special attention.

Rhesus monkeys at the Southwest National Primate Research Center on the Texas Biomed campus served as models for the in vivo study. Scientists first treated the animals with a man-made version of IgM, which is naturally produced by plasma cells located under the epithelium or surface lining of body cavities. Half an hour later, the same animals were exposed to SHIV, the simian version of HIV. The animals were monitored for 82 days and researchers found that four of the six animals treated this way were fully protected against the virus.

Dr. Ruprecht’s team discovered that applying the IgM antibodies helped “clump up” the virus, preventing it from crossing the mucosal barrier and spreading to the rest of the body. Doing this provides a person with passive immunization by introducing pre-formed antibodies into the body to create immunity.

IgM has a high affinity for its antigens and “grabs them very quickly and does not let go,” Ruprecht stated in a press release. The scientist and director of Texas Biomed’s AIDS research program explained, “Our study reveals for the first time the protective potential of mucosal anti-HIV-1 IgM. IgM has a five-times higher ability to bind to virus particles compared to the standard antibody form called IgG. It basically opens up a new area of research. IgM can do more than it has been given credit.”

An accompanying AIDS journal editorial states how “one of these fields of research with recurrent waves of innovation is the search for neutralizing antibodies against HIV-1.” It goes on to highlight how Dr. Ruprecht has “set off a new wave in evaluating the activity of IgM antibodies in neutralizing HIV-1…[and she and her group] have largely broadened the horizon of neutralizing HIV-1 antibodies, which, as single or combined agents, may be used for HIV-1 prevention and treatment.”

Texas BioMed recruited Ruprecht from the Harvard University-affiliated Dana-Farber Cancer Institute in 2013. Her arrival at Texas BioMed helped position it as one of the world’s leading centers for HIV-1/AIDS vaccine development.

Vaccine research and development is resource intensive and requires specialized facilities and expertise as well as considerable funding. Since her arrival, Ruprecht and her collaborators have won four multimillion-dollar grants, including a recent grant of $23 million from the National Institutes of Health. The goal of this program at Texas BioMed is to establish an approach to developing a vaccine. Ruprecht’s research strategy is to develop vaccines to block HIV-1 transmission at the most common portal of entry into the body, via mucosal sites.

“Our primate model data provide the first proof-of-concept that mucosal IgM can prevent mucosal HIV transmission and have implications for HIV prevention and vaccine development,” the Texas BioMed research team authors concluded in the study.

Featured image shows why the IgM antibody is well suited to block HIV-1 transmission. It has multiple arms that catch the virus, making it more efficient in clumping it up and keeping it from passing through the mucosal barrier to enter the rest of the body. Texas BioMed courtesy image.