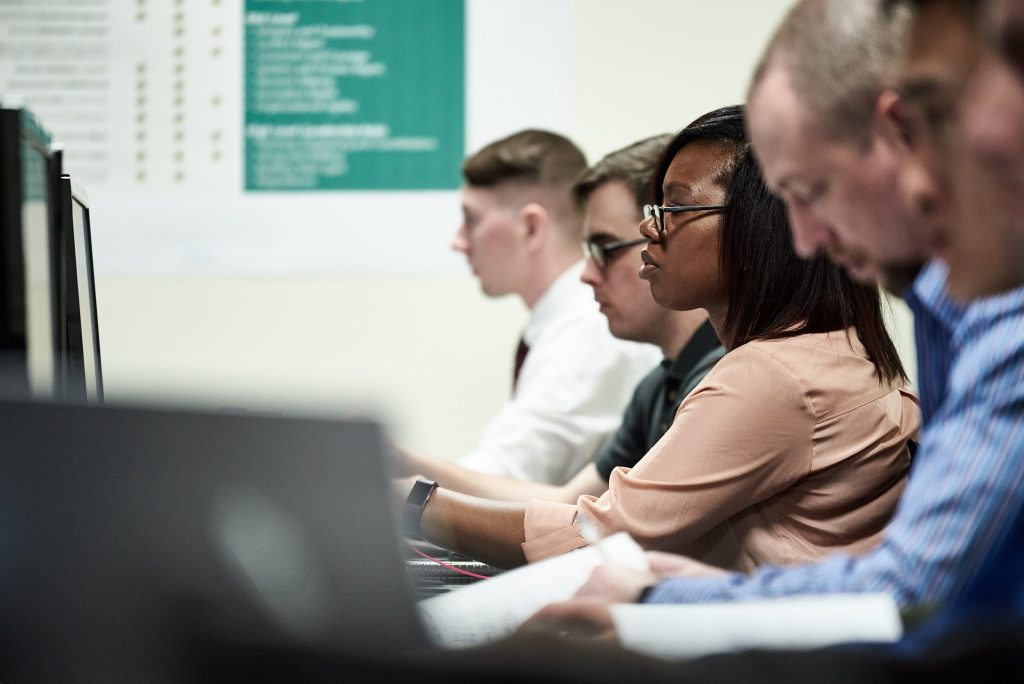 The class capacity for each MSSA program is 25 to 30 students in each cohort. Microsoft has launched 14 MSSA programs nationally including in San Antonio and expects to graduate approximately 1,000 students annually across all locations once at full capacity. Students may select one 18-week program or two nine-week training sessions that train military members for careers in cloud development, server and cloud administration, cybersecurity administration, and database and business intelligence administration.

Training for service members costs anywhere from $6,000 to $9,000. Service members typically cover any associated costs using their G.I. Bill education benefits. Microsoft does not profit from the program’s tuition charge, according to Chris Cortez, Microsoft’s vice president of military affairs.

“As one of the few industry programs that trains active-duty U.S. service members for technology jobs and a cornerstone for the DoD SkillBridge Program, the MSSA program, in partnership with JBSA, is a reflection of Microsoft’s commitment to help the veteran community prepare for the digital economy,” Cortez said.

Microsoft partners with employers to facilitate post-graduation placement for military members. Graduates have gone on to work for over 280 different companies, including Dell, Inc., Expedia, Microsoft, Accenture, the Department of Defense, and others. By 2020 Microsoft Military strives to collaborate with over 500 hiring partners. Dell Inc. has a strong presence in the San Antonio region and is a huge advocate of the program pledging to hire local MSSA graduates, according to Cortez.

Microsoft first launched the MSSA program in November 2013 at Joint Base Lewis-McChord in Washington. Cortez reports a retention rate of over 90 percent compared to most veterans who stay in their first job less than two years. The number of MSSA graduates to date who are employed or opted to complete their college degree is over 96 percent. Of those who are employed, 86 percent are working in technology jobs or technology companies with an average salary at little over $70,000 annually.

“Certifications are the most accessible way to bridge the gap into the commercial world,” Davis said.