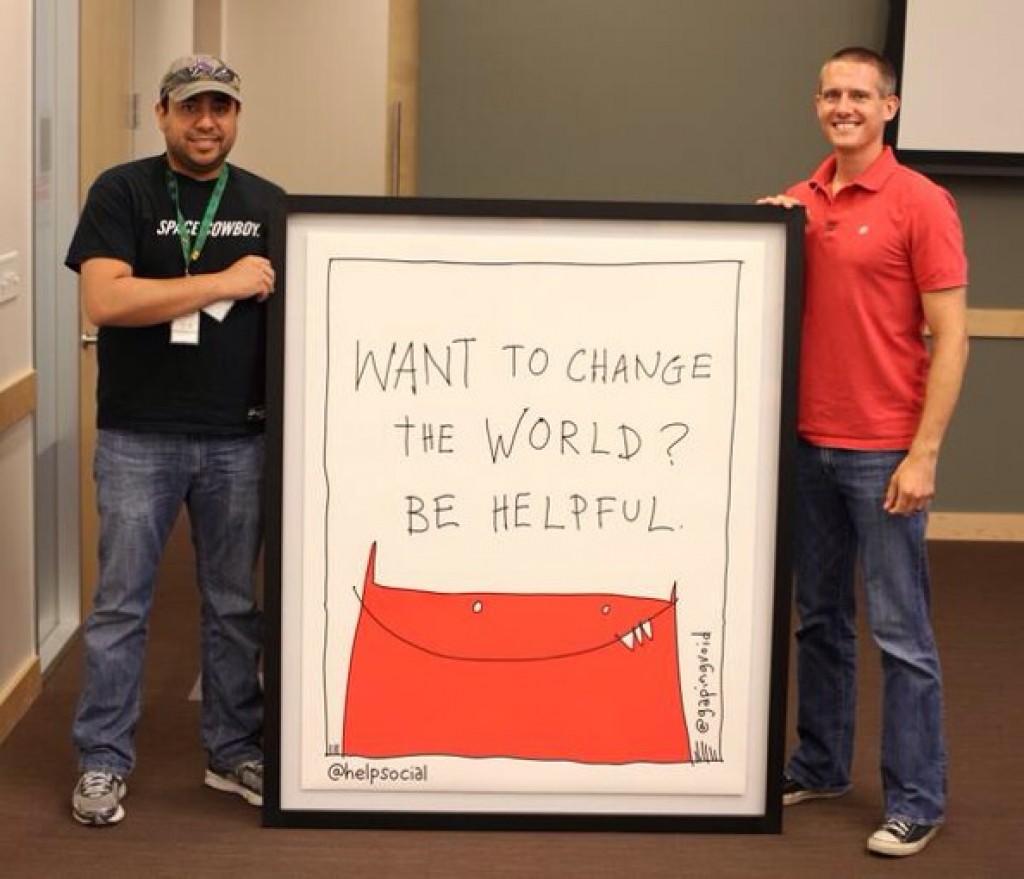 How do you know when it’s time to shut down your startup?

The duo met while working at Rackspace. They developed a platform that collects social media comments into one dashboard to make it easier for companies to track and respond to customer service concerns.

They launched their startup in 2014 to help enterprises address customer service issues on social media channels, selling its software to corporate call centers and other large businesses.

Over six years and six venture capital raises totaling $3.2 million, a business model pivot, and software as a service (Saas) platform redesign, the founders discovered they were too early with their innovation, then too connected to the sales cycles for call centers in developing their revenue model.

Startups San Antonio caught up recently with Wilbanks, who’s been busy working with local startups, to ask what learnings he would pass along to founders.

Startups San Antonio: How did you and Collazo meet? What made you two decide to launch HelpSocial?

Matt Wilbanks: At Rackspace, I worked in sales while Rob was on the tech side. I met him when I was looking for someone who could join my sales calls and explain complex issues in simple ways for the client to understand.

Later, we joined a small group of disruptive individuals working on an internal project. We wanted to bring Rackspace’s fanatical support to social media. The idea for HelpSocial took shape on this Rackspace team.

In 2010, every brand had a social media presence. Still, no one was responding to customers on social media, which at the time was considered a one-way communications channel to broadcast your brand messaging.

Yet, we were seeing customers go on social media to complain about an issue rather than submit a customer service ticket. We were losing customers because Rackspace didn’t yet provide Fanatical Support in those channels.

There were tons of marketing tools available then, but we had no way to follow customers online in social media channels and track their communications with our company.  We were talking about a need for the features you’d find in CRMs [customer relations management]. That’s when the idea of building our software really took off.

Rob started working with Twitter’s API [Application Programming Interface] to give us an application where we could track customers better and help them with customer service. Everything we did was in response to a problem we experienced ourselves. We made the service process faster and figured out ways to use customer data to make this process more helpful for customers.

Word got out, and we started getting invited to conferences to talk about what we were doing. A couple of companies approached Rackspace to buy the software we had developed. This was around the end of 2012 when the idea of spinning this out as an independent company started to form.

In November 2013, Rob, me and Rob La Gesse, the director of our team at Rackspace, took some leaders from Rackspace out to dinner to pitch the idea of spinning out of Rackspace. It was at that dinner that we fully committed to starting up HelpSocial and the process started to spin it out.

We finally spun out in August 2014 with a pre-seed round of about $1 million, which [entrepreneur and investor] Mark Cuban led. Cuban’s investment group had worked with Rob, who oversaw Rackspace’s servers supporting the companies Mark had invested in on the Shark Tank television show. That connection led to Cuban leading our first funding round.

SSA: What is the top lesson you would pass along to first-time founders launching a startup?

MW: When you think you are ready, pause, and ask yourself, what do you believe about this opportunity? What are your assumptions?

Be brutally honest with yourself. Do you truly know these things, or do you think you know these things? Assumptions may be reasonable but verify them and prove them right or wrong with data.

We thought we did this, but we didn’t go as far as we needed to. We didn’t push far enough.

We were first-time founders in a relatively young startup scene. About six months after we spun out, we realized things were not working. We weren’t 100 percent sure why either. That was a scary point to reach.

We didn’t pivot until we had heard from another company in the call center space about their needs. Most call centers at the time used decades-old tech that couldn’t work with tweets or social media comments. They were slowly starting to move to the cloud and they recognized that customer service was moving in the direction of digital channels, but the industry had no idea how to adapt.

Our software had one thing that was unique at the time, a robust API. That led to our pivot, using our API  to integrate our social customer service features into a call center’s package of services.

What we didn’t realize about the call center space was that we were way early with our SaaS and ahead of our time. We had started HelpSocial as a B2B [business-to-business] service specifically for handling customer service work. Businesses though, were searching for one tool that could handle both customer service support and marketing, rather than split that effort into separate teams the way we did it at Rackspace. Businesses really didn’t start moving towards using our Rackspace model for several years.

SSA: What do you know now that you would emphasize to first-time founders?

MW: Building a profitable company takes time and focus. You have to be relentless about proving your product-market fit. I’d recommend reading the Sell More Faster book [The Ultimate Sales Playbook for Startups, by Amos Schwartzfarb] to understand how you must be relentless and use that framework for validating if you’re on the right track or not.

Find the smallest niche of customers who will say yes to your product 100 percent of the time. Take the reasons they give you for why your product is so valuable to them and turn that into your marketing content to help you find people who think the same way.

One objective point you can use to know if you’re heading the wrong way is, if you have a hard time describing the problem you’re solving, you’re probably not heading in the right direction.

SSA: What led to your decision to shut down HelpSocial?

MW: We had to take our pride and ego out of the equation in that decision.

When we pivoted into the call center space, we were heavily led by these companies. When they told us something, I believe they assumed we understood what they said. They told us they would be our sales force selling our software, with a revenue share agreement in place.

To forecast our revenue, I asked about the length of their sales cycle.

They told me it’s a complex sale process that takes about six to 12 months, so I thought that’s about average for technical enterprise sales. With a year or so of runway in the bank, I thought we’ll be ok.

What I should have asked was, “How long does it take to get your first dollar from a sale?”

They would have told me that after the customer signs an agreement, the call center SaaS implementation can take anywhere from six to 30 months to rollout, depending on the size and complexity, then another 60 to 90 days after that for billing.

Had I asked more questions to understand that sales/revenue timeline, I would have discovered it would be two to three years before we saw any material revenue. They assumed we knew how this worked in enterprise sales for call centers. While their process is slow-moving, our implementation is a three-minute process. But we’re the very last thing that is turned on in the entire process.

This is what ultimately killed us. My advice to founders thinking about the long game is to question your planning assumptions and validate even the simple things you think you know.

Someone wanted to acquire us earlier in 2019, so we started the M&A [mergers and acquisition] process. Because we recognized the issue with the sales cycle, we pulled out all the stops to grow sales.

We came close but did not find a deal that made sense for our investors and employees. We decided not to take additional investor money, keep our IP [intellectual property], and shut down the business to look at better opportunities.

We had started really early. By the end of 2019, we saw how the market was moving to integrated CRM platforms that already had customer service tracking on social media.

Timing is everything. We were so early.

This was the most difficult part of our decision. This didn’t happen to us. We didn’t run out of money. We chose to shut this down.

When we think about the responsibility we have to our investors to make the most with their money, one of those decisions has to be to stop if things aren’t working out vs throwing more money at it and hoping something changes.

We didn’t see anything changing, couldn’t find any other way to make things work, so we had to shut down. We wanted to be able to look at our investors in the eye and say we were honest and responsible in handling their money, even if this was the last outcome any of us wanted.