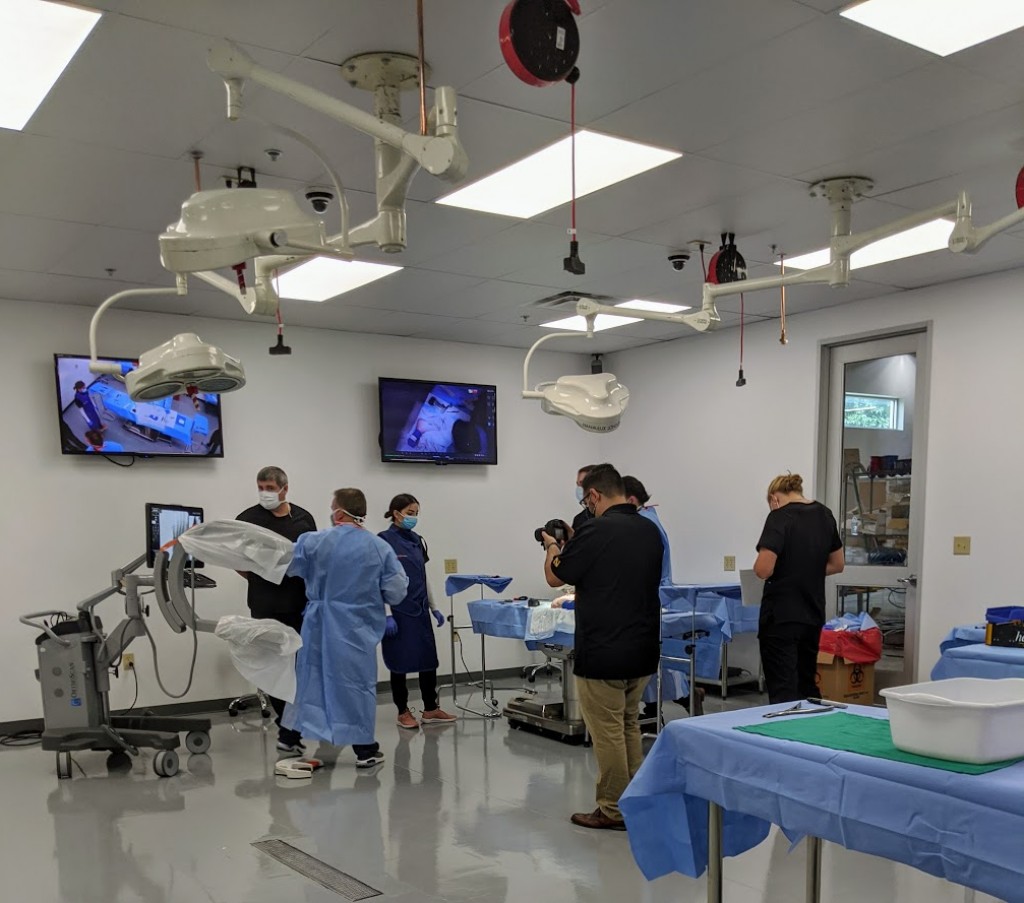 An enterprising healthcare professional can now get a biomedical device idea developed, prototyped, tested, and manufactured all in one place at the Watershed Idea Foundry in northwest San Antonio.

Watershed helps aspiring entrepreneurs incubate and accelerate the development of innovative technologies from all industries that can advance patient care.

By 2017, Fountainhead had invested in Nvision Biomedical Technologies, a medical device and biologics company that works with surgeons on medical implants.  Fountainhead has since been expanding its portfolio investments (ranging from $250,000 to $1.5 million), investing in companies such as StemBioSys and Alaris Biologics Technologies.

But entrepreneurs need to iterate prototype medical device designs and test them in a cadaver lab, and that meant delays, said Brian Kieser, Nvision CEO and managing partner of Fountainhead Investment. What if all the services needed for product development, additive manufacturing or 3D printing, and regulatory guidance were available under one roof?

Fountainhead’s vision led to launching the Watershed Idea Foundry in 2016 to help entrepreneurs take promising ideas from concept to commercialization.  The new Shavano Park facility houses Nvision, Fountainhead’s Watershed Foundry facilities, and the California-based biomedical startup JustAir Inc. which is relocating its headquarters and manufacturing operations to San Antonio and is renting space.

Biomedical and biotech startups can access either of Fountainhead’s two locations in San Antonio and the San Diego area for a one-stop-shop of specialized biomedical incubator and accelerator services, Kieser said. The San Antonio location is only 10 minutes from both UTSA and the Medical Center.

“Doctors would have an idea but have to wait weeks or months as prototypes were shipped from China,” Kieser said. “They’d then want to refine the prototype, which meant more delays as they waited for the next version to arrive.”

Dr. David Yeager is a doctor of podiatric medicine and one of two medical entrepreneurs who traveled last week to test a new product in Watershed’s cadaver lab. Yeager came up with an idea for a new device used in foot and ankle surgery that would mean a less invasive procedure for the patient than what is used now.

“Our design allows patients to get back to walking faster, as they can be weight-bearing on that foot in two weeks when the average time now is six,” Yeager said. “Watershed has a set of unique capabilities that get innovations designed and to the market in record time—and this benefits both surgeons and patients.”

The surgeon spoke as he was X-raying the cadaver foot into which he had inserted his prototype device. The X-rays help him check for the satisfactory performance of the medical implant.

“Dr. Yeager came to us from Chicago with an idea, and in less than a year, he’s gone from NDA [nondisclosure agreement] to FDA clearance for his new device,” Kieser said.

The second podiatric surgeon working in Watershed’s cadaver lab was Dr. Kyle Vaughn, who flew in from Phoenix, AZ to test his new product for foot and ankle surgery. He and his partner, Dr. Jason Kayse, are developing a new device that can better stabilize a toe joint.

Vaughn was speaking to Tom Zink, senior vice president of product design at NVision’s and an engineer who was taking notes on how to adapt the design of the prototype device.

“Until a surgeon inserts a medical device into a cadaver, you won’t really know if it’ll work,” Vaughn said. “In an afternoon here, we’ll know what we need to change, and in 24 hours, we can have a new prototype to test.”

The interest from medical entrepreneurs outside of San Antonio has been keeping Watershed’s mechanical and biomedical engineers busy, Kieser said. Once local startups discover Watershed’s new capabilities and its rentable lab spaces, Kieser hopes to help even more inventors in San Antonio.

“We see great potential for growing San Antonio through the biomedical space and are trying to do our part in the community’s ecosystem to fuel this growth,” Kieser said.