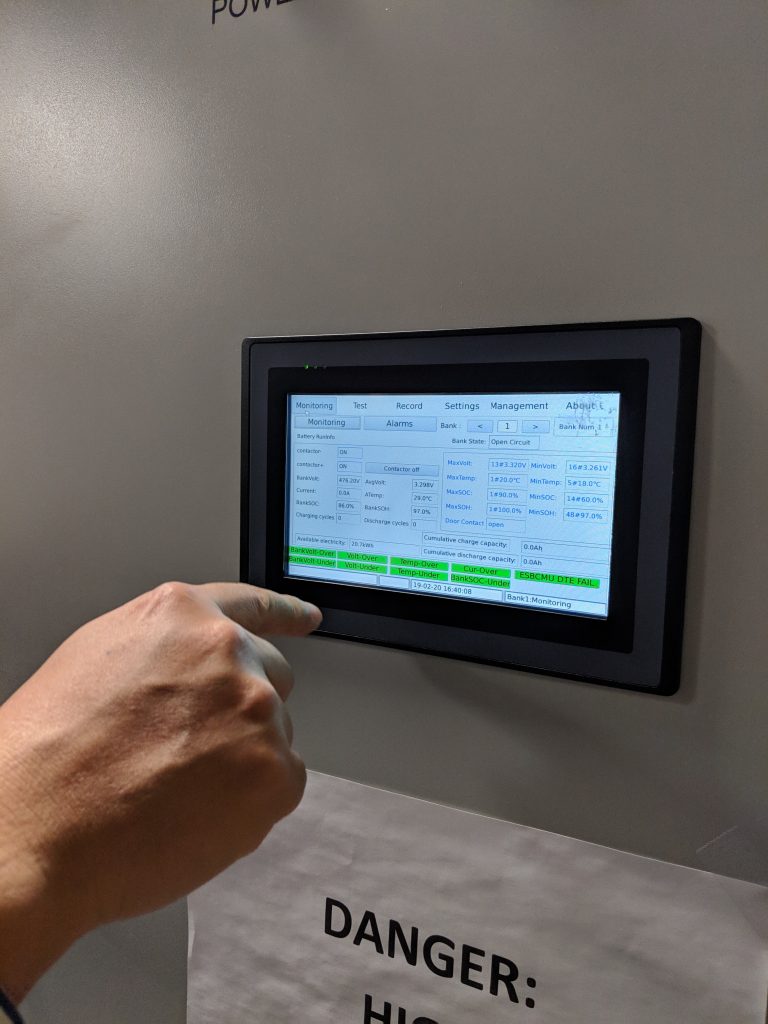 Leaptran, a San Antonio startup spun out of The University of Texas at San Antonio (UTSA), has garnered the international Smart 50 Award for its energy monitoring and control system for buildings.

The Smart 50 Awards, in partnership with Smart Cities Connect (SCC), the Smart Cities Connect Foundation, and US Ignite, annually recognize the world’s top 50 most transformative smart cities projects each year. San Antonio is the only city on the list of 50 awardees with two projects that were awarded this distinction. The other is Cityflag, which won the award for its 311SA community engagement application developed for the City of San Antonio.

Leaptran chief executive officer Jeff Xu accepted the award this month at the annual SCC conference in Denver for their technologies which can reduce wasted energy in a building up to 50 percent.

“Leaptran has been at the leading edge of understanding building efficiency for next-generation energy usage,” said Christine Burke, director of the UTSA Office of Commercialization and Innovation. “They’re combining AI-driven thermostat controls with solar energy collection and battery storage.”

Leaptran is licensing more than half a dozen patents from UTSA, where Xu was recently an entrepreneur-in-residence. The patents are based on co-founder Bing Dong’s and other faculty research in building energy efficiency, big data analytics, optimizing intelligent building operation, solar forecasting, buildings-to-grid integration, and blockchain-based crowdsourced energy systems. Dong is Leaptran’s chief technical advisor and an assistant professor in UTSA’s department of mechanical engineering.

These older structures, which typically do not have an on-site property manager or engineer, are not set up like homes in which energy usage is easier to control, Dong said.

“Commercial buildings consume more than 70 percent of total electricity usage in a city,” Leaptran’s chief operating officer Edward Hooks said. “Large-sized buildings have plants with chiller systems and boilers that come with an automated and very expensive building management system, but their site isn’t so big that it would require or afford a full-time engineer on-site. With our solution, we can give them an IoT thermostat that can autonomously control their entire building.”

The challenge becomes in storing and using that captured solar energy in batteries. Leaptran’s system can predict and control when the battery will discharge to the building instead of from the grid to avoid peak demand charge.

Their Phase I prototype system has been operating in the San Antonio Technology Center (SATC) building near Fredericksburg Road since January 2018. Their small pilot solar panel project on SATC’s roof has been generating energy, with independent validation revealing it saved about 170-megawatt hours in its first year at SATC, or about 12 percent in overall energy use.

“There would have been even bigger savings had we adjusted for the increase in occupancy from 2017 to 2018 from 75 to over 90 percent—it would have been more like 20 or even 25 percent,” Xu said.

Dong and Xu are focused on commercializing the platform while driving down costs. The payback on average is three to five years for an energy battery storage, according to Dong.

“Years of payback costs is important for getting this to market because battery prices are still high,” Dong said. “So far, we’ve managed to get the payback down in Texas to three years.”

Leaptran has five employees and will hire another three workers after it raises about $1 million through grants and seed round funding. The founders are looking to expand Leaptran’s 1,200-square-foot office and research laboratory at SATC to 5,000 square feet. Their Phase II plan includes expanding the solar panels on SATC’s roof into an array that can partially power the SATC building.

The startup is also in discussions with a local charter school district, as well as other local private schools and companies interested in Leaptran’s system.

Leaptran’s efforts align with the vision of UTSA’s research alliance with CPS Energy and the Department of Energy to develop emerging capabilities in microgrid-level energy optimization, grid-interactive efficient buildings, and the smart use of distributed energy resources. Leaptran plans to install an advanced microgrid management system for CPS Energy inside Joint Base San Antonio’s Fort Sam location, Dong said. It would include imaging the sky to predict intra-hour solar energy production.

In less than three years, the sustainable energy startup has gone from licenses to a smart city approach that municipalities can leverage to use energy more efficiently.

“We founded Leaptran to embody the combined idea of leaping into the future and transitioning into a new way of building smart cities and grids,” Xu said. “There is still much more we can do.”