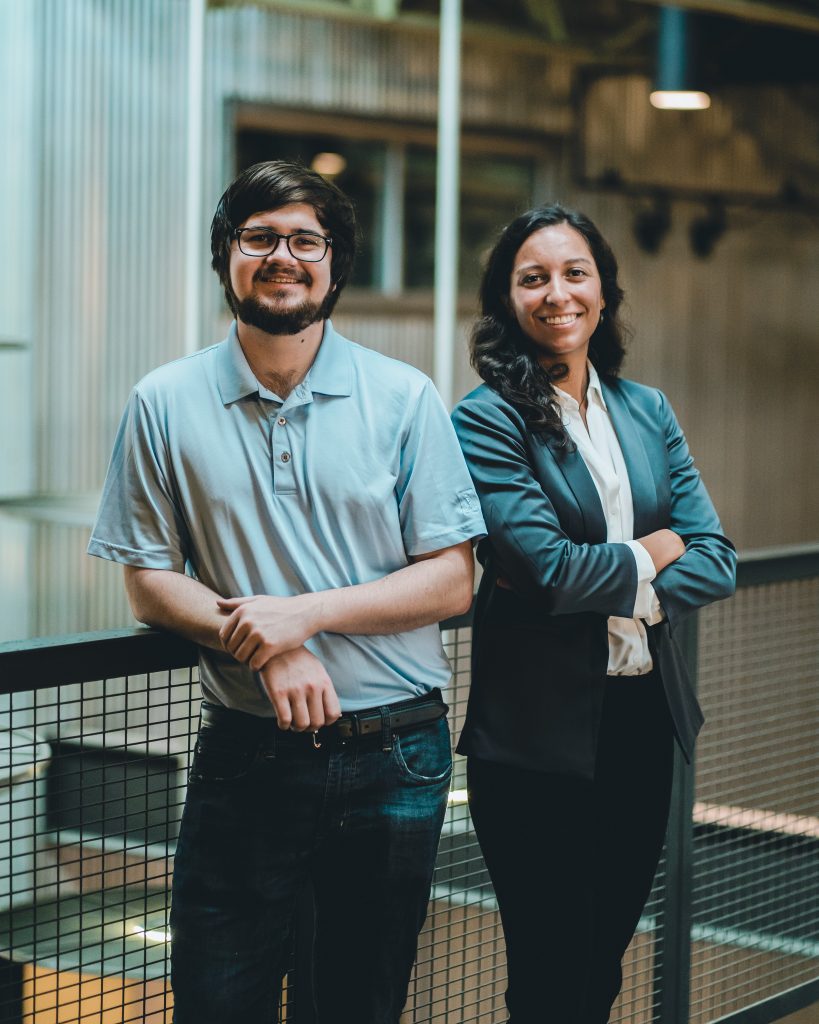 Thoughtfull, a company offering a line of healthy snacks, came in the runner-up position. Sophomores Cannon Wilson and Amy Platter will receive $5,000 in funding.

Since its launch in the spring of 2015, this two-part university-wide annual competition typically features 10 venture teams pitching their business concepts before a panel of judges with entrepreneurial expertise. Of the 10 competitors, six Trinity University student entrepreneur teams would each win $5,000 in seed funding every April. The six finalist teams also participate in Trinity’s accelerator program over the summer.

This year, due to the impact of the COVID-19 pandemic, the Stumberg spring and fall competitions shifted to an all-remote video presentation, with the teams supported by virtual mentoring. Trinity’s Center for Science and Innovation adjusted to the new realities of social distancing during a pandemic since the lockdowns in March, said Luis Martinez, director of Trinity’s Center for Innovation and Entrepreneurship.

Martinez said the Trinity program team had a sense early on that the pandemic would be a transformative experience. Trinity suspended all “in-residence” aspects of its summer accelerator for the six finalist teams and internship programs due to the ongoing pandemic.

“Trinity has already decided that the spring 2021 seed round will be virtual as well, given the uncertainty,” he added. “It’s important to have a viable goal for our teams to work productively.”

The current crisis has also revealed the importance of online pitching, Martinez added. The program team will incorporate this training for all students moving forward.

The Stumberg competition has become both a local event and a distributed one. Only three teams are currently on Trinity’s campus with the rest participating from other locations (for example, one of the teams is based out of Pasadena, Calif.).  The judges for tonight’s competition are doing so from San Antonio, as well as Tampa, Boston, and the Rio Valley in Texas.

“We even had one team, Chiropack, that formed virtually in the spring,” Martinez said. “The team members had not met physically until August but had already been working together since March.”

The competition is named after the late San Antonio businessman and civic leader Louis H. Stumberg, who was also a member of Trinity’s board of trustees for many years. Stumberg was a well-known entrepreneur in San Antonio who founded Patio Foods and its line of Tex-Mex frozen dinners in the 1940s at the end of the Great Depression in the U.S.

“To start a company as a student during a pandemic is particularly hard,” Martinez said. “By starting their businesses now, these founders are learning incredibly valuable lessons. We look forward to what they will build in the years to come.”