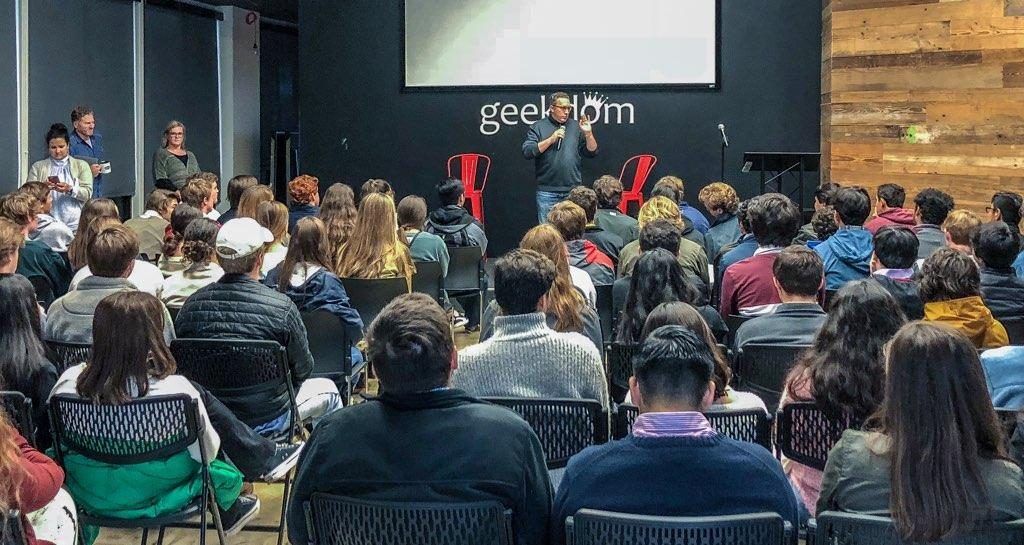 What a difference a year makes.

The San Antonio Startup Ecosystem Map represents a somewhat sequential startup life cycle. This macro-level graphic lists local entrepreneurial resources available in San Antonio throughout a founder’s journey, from a student interested in starting a company to a CEO looking for investment to scale operations.

Compared with our first map version (which showed the startup resources in San Antonio from February to November 2018), San Antonio has since added many programs, organizations, and stakeholders supporting local startup activity.

Many date Geekdom’s 2011 opening as the start of San Antonio’s downtown tech scene. These efforts at building programs and mentoring resources for startups continue to this day.

So what’s changed in San Antonio’s startup ecosystem since the beginning of 2022? We noted a couple of significant trends.

Entrepreneurial programs everywhere are undergoing radical changes as founders look for more in-person mentoring and networking instead of the virtual programming the pandemic initially prompted. It shouldn’t come as a surprise then that San Antonio lost several significant in-person programs and networking groups in 2022, including:

However, we regained Bunker Labs, a nonprofit entrepreneurial program supporting veterans and military spouses that was active before the pandemic but shut down during the early lockdowns. You can read our latest article about this program’s return.

We also gained a new program, and an established one now runs under new management.

Geekdom announced its addition of a cybersecurity accelerator program run by gener8tor, a venture fund and startup accelerator based in Wisconsin. The new program is open to cybersecurity startups across the U.S.

Co-working spaces are still in demand

The most growth in our entrepreneurial life cycle has been in the number of co-working spaces in San Antonio. We now have over 32 different types of spaces for startups available across the city. There were seven listed on the first ecosystem map.

We lost The Impact Guild back in June. However, we gained a new co-working space called Babes Support Babes, LLC.

Over the past couple of years, the rise of specialized spaces for other industries means founders can rent space in commercial kitchens, film and video studios, bioscience wet labs and manufacturing rooms, and maker spaces across San Antonio.

The most notable announcement this year for the bioscience entrepreneurial community came from VelocityTX. They announced plans to build a new research and development-focused laboratory space named Co-Labs.

Bottom line: The number of specialized spaces for startups to rent has more than quintupled over the past couple of years. More entrepreneurs are interested in joining a community or accessing unique spaces for specialized needs. Co-working may not look like it did before March 2020, but these spaces still offer cost-effective places for smaller working pods of people to connect and do business.

We are improving at standing out as a city with unique, diverse innovation capabilities in bioscience, deep technology, cybersecurity, and technology-driven innovations leveraged in various industries.

Port San Antonio recently committed to building a new aviation center for eVTOL vehicles on its expansive campus, one of the first vertiport facilities in the U.S. (If you’d like to understand why the Port is building a vertiport in San Antonio, read our analysis.)

San Antonio could still use more robotics and engineering resources and programs for aspiring entrepreneurs. Many inventors are working out of garages and would benefit from participating in a well-supported startup program designed for this type of advanced tech inventor. These same inventors also need access to testing facilities and ranges (think drones, electric vehicles, and larger robots).

I’m optimistic about 2023, given some forthcoming startup announcements about early-stage companies scaling operations. Also, look for more bioscience-specific resources for science-driven startups to debut later in the new year.

All in all, significant work is still needed to gain more startup density in the Alamo City. We’ll keep you posted on what happens in 2023.

The featured image is of a 2019 startup program held at Geekdom. Photo credit: Startups San Antonio.