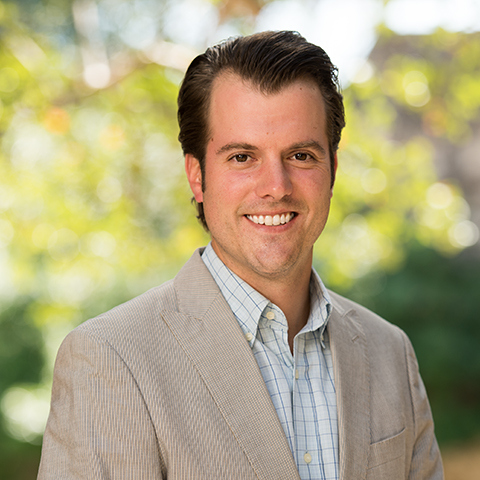 Previously, Garrett led the San Antonio Chamber of Commerce’s Economic Development Department where he managed federal and state advocacy efforts, as well as the organization’s support of the region’s numerous military missions.

“We’re thrilled to have a proven and respected leader like Will join our team,” said Port President and CEO Jim Perschbach in a statement. “He will remain an instrumental partner ensuring that San Antonio continues strengthening our ecosystem for cybersecurity in the years ahead. Will brings tremendous expertise and has worked hard for many years to develop the right strategic connections for that to happen, including those between industry, educational institutions and a fast-growing marketplace of opportunities around the world.”

Garrett will continue his cyber-focused strategic efforts at the Port interacting with the local public- and private-sector cybersecurity organizations and elevating San Antonio’s and the Port’s profile as a global capital of cyber expertise and innovation across the U.S. and internationally.

“It’s an exciting opportunity and the right time to add to the momentum that the Port has generated,” Garrett. “We’ll be continuing to support the cluster of cyber assets at the Port and work to keep San Antonio’s cyber hub thriving.”

Garrett is also looking forward to working on the Port’s vision to develop an innovation campus.

“The innovation hub will feature a campus that connects the community to educational opportunities to learn more about science, technology, and cybersecurity,” Garrett said. “The planned innovation facilities will allow early-stage tech and cyber companies to connect with industry and work on groundbreaking solutions.”

The Port is also planning for its current tenant, the San Antonio Museum of Science and Technology (SAMSAT), to be housed in a new facility on the innovation campus. SAMSAT is an early-stage nonprofit museum founded in 2016 to explore the past, present, and future of technology in San Antonio.  The museum delivers STEM education programs in partnership with area educators and other stakeholders such as SASTEMIC, a nonprofit science, technology, engineering, and math (STEM) education advocacy organization that collaborates with local schools to provide STEM-focused educational programs.

Garrett is also the co-founder of the Build Sec Foundry, an incubator for the development of new cybersecurity products and technology that is based at Geekdom, a San Antonio downtown co-working community. The 80/20 Foundation funds the cyber incubator program. He will continue to manage Build Sec Foundry and ensure the startup program “develops strong ties to the Port’s new innovation campus,” Garrett said.

“Jim [Perschbach] is fully supportive of the Port’s focus on early-stage startups to build stronger ties with San Antonio’s downtown tech corridor,” Garrett said. “The Port has unique assets no one else in the U.S. can replicate, so we’ll be developing it to help highlight the city of San Antonio on the global stage.”

The projection for San Antonio as a recognized city for innovation, particularly in cybersecurity, looks promising, according to Garrett.

“The Port’s announced innovation hub, UTSA’s plans to develop a downtown campus and cybersecurity center, and growth in startups in our tech sector—the dots are getting connected in an effective way, ” Garrett said. “It’s significant given where we started five years ago.”

Feasibility studies for the new innovation center are underway. Perschbach noted the support the concept has garnered from organizations and individuals.

“We’re excited to have a key industry leader like Will Garrett join the Port, as he is connected not only to the cybersecurity sector but to other parts of industry and the broader community,” Perschbach told Startups San Antonio. “This is about linking those with solutions to work on the challenges of the larger connected world.”

Featured image is of Will Garrett who has joined Port San Antonio. Courtesy photo.