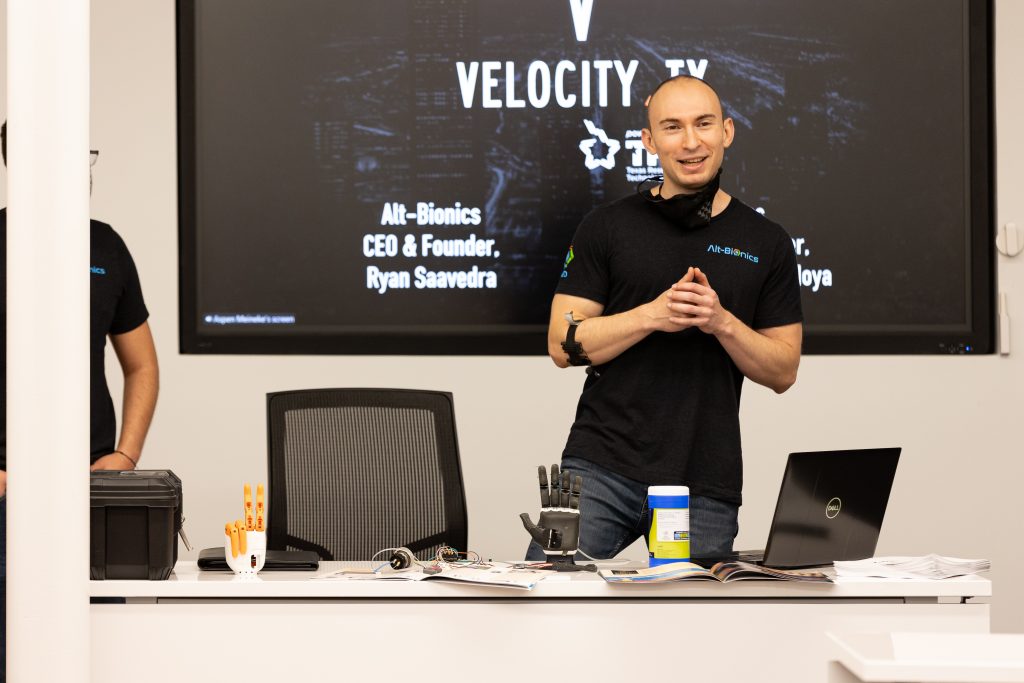 Alt-Bionics founder Ryan Saavedra announced Friday he had raised $283,000 in seed round funding. The investment will get Alt-Bionics closer to its goal of helping those seeking an affordable robotic hand.

The amount raised came from angel investments, friends and family, city investment, and venture capital, Saavedra said. The City of San Antonio invested $50,000 from its SAMMI Fund to support medical military innovation, while the Alamo Angels contributed $25,000. Alt-Bionics is also participating in the San Antonio-based VelocityTx BioGlobal Accelerator and has received a $37,000 investment from the program.

The University of Texas at San Antonio (UTSA) electrical engineering graduate’s robotic hand won second place at the university’s May 2019 Tech Symposium, the annual competition for students to showcase their design and engineering skills. After graduating in May 2020, Saavedra focused on producing an affordable version of the prosthetic medical device. Using open-source code, the startup built its first version for $600 — a fraction of the nearly six-figure price tag of many robotic prosthetics available on the market.

“Alt-Bionics mission is to create highly affordable prosthetic devices for below-elbow amputees,” Saavedra said. “We plan to expand our line of prosthetics over time to produce bionic upper and lower extremities.”

The company’s provisional patent applications are pending, and Saavedra plans to apply for FDA Class 1 medical device registration.  The VelocityTX accelerator program connected Alt-Bionics to industry leaders in the biomedical technology space to help the startup navigate through the commercialization path over the course of the accelerator’s program.

“We have two goals for our company,” said Saavedra. “The first is to bring these devices to market at an affordable cost while maintaining a durable and robust design. The second is to keep trying to disrupt the pricing methods that are currently surrounding the artificial limbs market.”

The seed funding will be used to work through the startup’s FDA regulatory pathway, accelerate prototype development, and to develop a manufacturing and assembly process.

“There are other funding allotments [for things] such as patent filings, registrations, lab equipment, operating capital,” Saavedra said.

Longer term, Saavedra plans to expand Alt-Bionics line of prosthetic devices to include partial hands, customized attachments, devices for those needing one above elbow, while also aiming to enter the global artificial limbs market.

Saavedra is also working with the San Antonio-based Hanger Clinic, the largest prosthetic clinic in the nation, after meeting with them at the Amputee Coalition national meeting in 2020.

“Our device is much needed — at about 65% less in cost than most bionic hands and arms, we can make sure everyone who needs one has access to advanced prosthetics.”