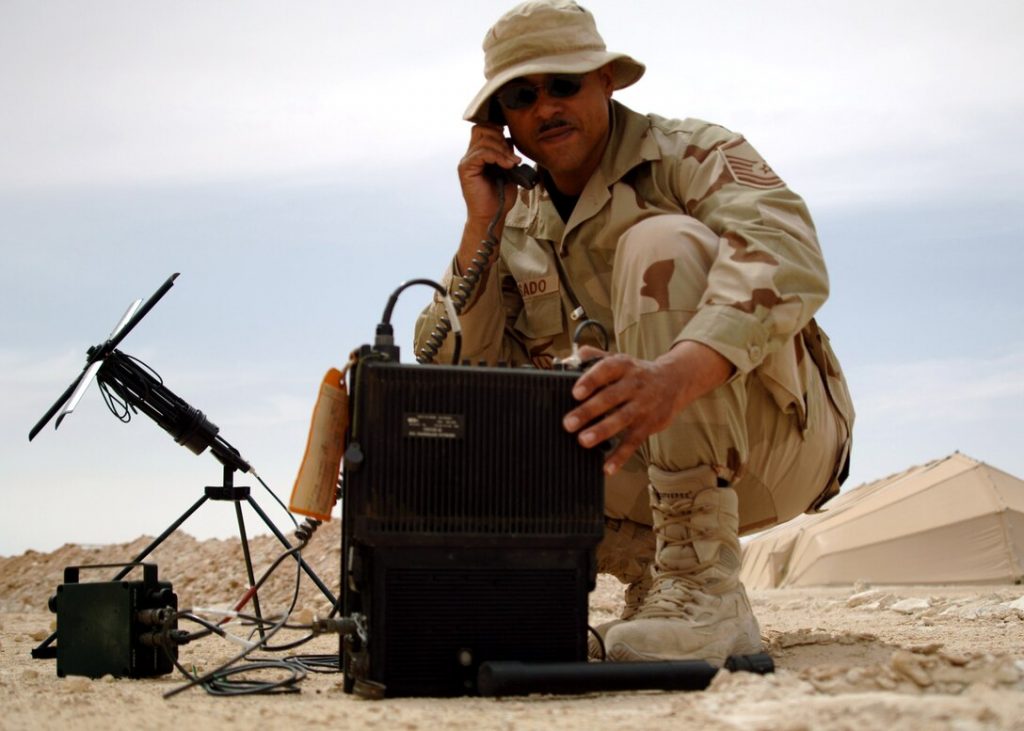 The Air Force Special Warfare program office, which oversees commands that use tactical radios, has signed a memorandum of understanding with New Dominion. Some of the military’s most difficult missions are carried out by specialists who operate in remote, often hostile areas.

Acting as a one-person attachment to other special forces teams, these highly specialized Airmen are trained in a wide range of combat skills. They are FAA-certified air traffic controllers using tactical radios to call in air combat support on missions all over the globe.

“We’re providing improved performance in the power supply for their tactical radios,” said New Dominion president Jay Fraser, “The end-users are the air support operations squadrons that will field test the radios using our batteries.”

NDE’s technical point of contact is with the advanced power technology office at the Air Force Research Laboratory, which leads the discovery, development, and delivery of warfighting technologies for U.S. air, space, and cyberspace forces.

The U.S. Department of Energy’s battery storage strategic challenge seeks battery technologies produced in the U.S. China now dominates the world’s production of new generation batteries used in electric vehicles and most portable consumer electronics such as cell phones and laptops. Of the 136 lithium-ion battery plants in the pipeline to 2029, 101 are based in China.

“With almost 70% of all batteries coming from China, we need this next-generation innovation for more resilient energy logistics,” Fraser said. “The problem is so big with lithium batteries. This is an opportunity to change things.”

Fraser, who used to work as a research professor for technology transfer through the Department of Energy at SUNY Farmingdale and Polytechnic University during the 1990s before building his own companies, met Harrup at INL 16 years ago. The duo decided to launch New Dominion in 2015 and have negotiated an exclusive license with the Idaho National Laboratory to commercialize the battery additive patents.

The highly competitive U.S. government SBIR program awards equity-free funding for companies to develop advanced tech concepts for the market. The innovation must have the potential for commercialization and meet a stated agency’s need.  Only those selected for a Phase 1 award may be eligible for up to an additional $2.3 million of non-dilutive funding in follow-on Phase 2 and 3 SBIR funding rounds after securing user agreements to test the technology.

“With our additive, you can get the same amount of power from a smaller battery configuration, or if you keep the same footprint, you’ll get more power,” Fraser said. “Every situation, every customer has a different requirement for their power cells, so we need to work closely with the customer to ensure we’re meeting their needs with the right combination of material and batteries.”

The startup is looking to also secure agreements in the private sector to develop commercial applications for its battery additive. The company is self-funded so far and has generated about $100,000 in revenue to date.

New Dominion, Fraser said, has shifted from a technology development company to a company developing technologies for the market.

“We have a product, we know how to manufacture it, and we can prove it works in real-world use cases,” Fraser said. “That success can translate over to the commercial market. This is a significant opportunity for us to develop this for the military by the end of Phase 2.”