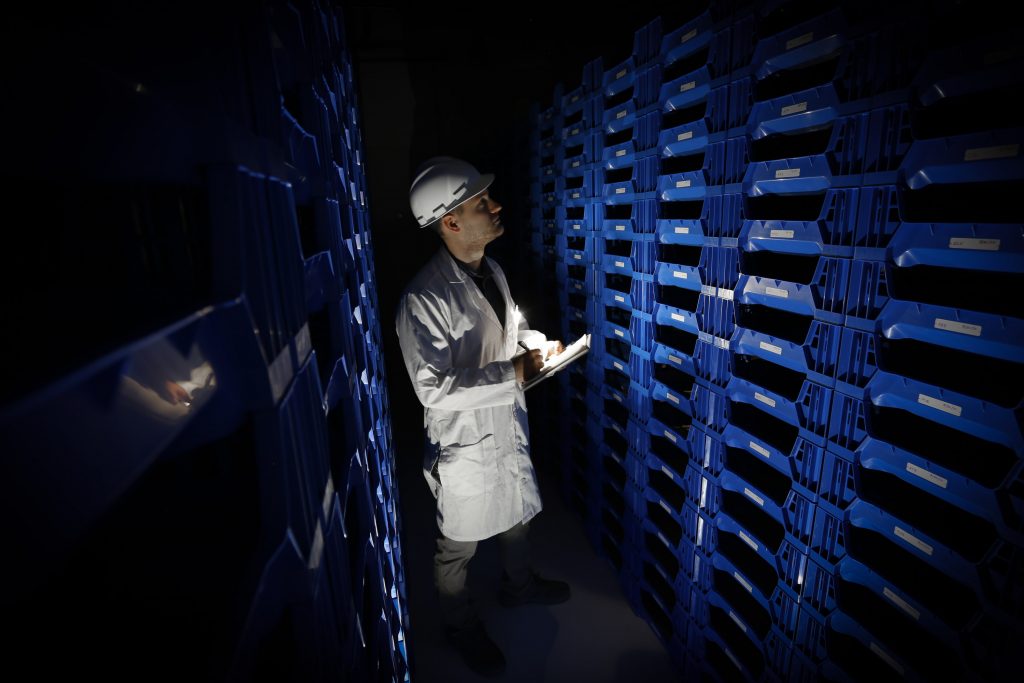 How alternative? Manna Foods protein is made from Tenebrio molitor or the darkling beetle — nothing else.

Manna Foods has been selling out its beetle protein powder since the startup launched its production facility in September. The startup is now raising a seed funding round to meet the growing demand for the finely milled, mild-tasting powder that smells faintly of sunflower seeds.

One 30 gram serving of manna powder provides 21 grams of protein, which appeals to people on Keto and paleo diets who are invested in a clean, sustainable approach to healthy eating, according to Luke Wright, CEO of the e-commerce business-to-customer company. The darkling beetles’ protein contains all the essential amino acids, making it a complete protein source.

Co-founders Luke Wright, chief of operations Eli Fouch, and head of marketing Kyle Fox, started Manna Foods in Palmer, Alaska, by farming beetles in a spare bedroom. Driven by their passion for preserving wild open spaces like Alaska, the founders realized they had developed an innovative and sustainable approach to producing protein powder.

Insect protein requires only a tiny fraction of the water, feed, and labor used in traditional farming. And, as the trio soon discovered, beetles were easier and less expensive to farm than crickets.

“For every pound of Manna chosen over whey, you offset the same amount of CO2 produced from four trees in a year,” Wright said.

Consumers looking for sustainably produced protein powders typically choose plant-based choices like pea or soy protein powders. However, producing pea and soy protein requires as many as 16 processes that include chemical treatment and heavy metals exposure to yield a protein isolate.

Manna’s facility uses vertical farming in conjunction with its proprietary technology. Every aspect of their process feeds into the next phase of production, Wright explained.

“We feed them organic plant matter that’s indigestible for humans. In turn, we use every part of the beetle in our powder, so there’s no waste at any step. The cost of production is tied to how efficiently you can breed them.”

Using darkling beetles that are 50% less expensive than protein flour made from imported crickets from Asia, Manna is working to establish a foothold in the protein market by getting its product into retail stores. The company sells Manna Protein online or at the Alamo Heights Farmers Market.

The founders chose to base Manna Foods in San Antonio because it is centrally located for shipping products to customers across the country.

Seed funding would help increase production capacity and launch a line of protein powders specially formulated for shakes in different flavors. With four patents pending, Manna has more in its research and development pipeline.

“Our pilot facility near the airport on Isom Road is a microcosm of what we want to do on a bigger scale,” Wright said. “Our technology allows us to produce this protein affordably, and it is competitive with mainstream protein sources.”

Pat Condon, one of the co-founders of Rackspace and an active investor in startups, invested in Manna Foods after trying their protein powder.

“Manna is really onto something with their novel approach to producing high quality, sustainable protein,” Condon said. “Their melding of technology and science to dramatically decrease the footprint of production is really compelling.”

Manna Foods participated in the winter 2019 cohort for Space-F, a  global food tech startup incubator and accelerator program in Thailand.  The new company emerged from the six-month experience with a pre-seed investment from venture capitalists in Bangkok and Singapore.

The Solar Impulse Foundation also selected Manna Foods as one of the 1000 solutions worldwide to protect the environment in a profitable yet sustainable manner.

Insect protein is in high demand because of its nutritional value and sustainability. Manna flour is used as an ingredient in baking goods, smoothies, or alternative meat mixes to replace the weekly supply of protein usually coming from animal meat.

“You can substitute about one-third to one-fourth of a recipe’s flour with Manna powder,” Fox said.

The most popular recipe on the Manna Foods website is for Beetle Brownies. And yes, the protein does have a mild taste that is undetectable when mixed in with other ingredients.

“Manna’s darkling beetle is the perfect edible insect,” Wright said. “Manna is the most sustainable protein on Earth, it’s natural, and it’s delicious.”