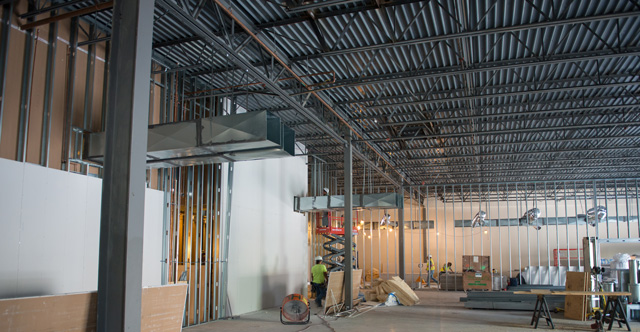 The San Antonio City Council voted Thursday to approve an incentive package for San Antonio information technology firm IPSecure. The company will receive an Economic Development Incentive Fund (EDIF) Grant of $420,000 based on a capital investment of approximately $1.3 million, the creation of at least 80 new high-wage full-time jobs, and the retention of 115 full-time jobs.

IPSecure provides a broad range of cybersecurity and other information technology services to government and private-sector companies worldwide with most of its work in cybersecurity. The San Antonio company initially focused on Defense Department telecommunications security but has since grown to include testing of computer networks to secure them from external and internal threats.

The company plans to expand its Northwest San Antonio office and almost double the footprint of its headquarters at 903 Billy Mitchell Boulevard on the Port San Antonio campus, from 12,000 square feet to 22,000 square feet. The Port is among the fastest-growing advanced technology hubs in the nation, home to major Department of Defense and private-sector cybersecurity operations which, along with IPSecure, directly employ over 1,000 industry experts.

Director of the Economic Development Department for the City of San Antonio Rene Dominguez spoke at the City Council Thursday about IPSecure’s look at possible locations in Georgia and Florida as the company considered its expansion at Port San Antonio. Dominguez asked Dr. Steve Niven of SABÉR Research Institute to estimate the economic impact expected for San Antonio from the IPSecure EDIF grant, which is expected to be about $188 million on San Antonio’s economy over five years.

The EDIF grant will help keep IPSecure in San Antonio as the company launches its first commercial sector division which will include additional secured compartmentalized information facility, or SCIF, space, according to Richard Valdez, IPSecure Chief of Technology Operations.

“We have a product line we’re looking to introduce, a military grade cybersecurity system for the commercial market,” Valdez said. “We’re doing it out of a need—San Antonio’s cybersecurity growth is keeping pace with the demand for these services. The demand is not just in defense, there’s a need for new ideas and technology in the commercial sector, too.”

The company has several high-profile government clients, such as cyber emergency response teams in the 24th and 25th Air Force, PenCIRT, the Pentagon’s computer incident response team, and other federal agencies, in addition to clients in the commercial sector. To support its commercial sector work, IPSecure plans to operate a commercial security operations center at the Port with new cutting-edge cybersecurity equipment in its new innovation center. The company is looking into possibly moving their headquarters into the Port’s new Tech Complex once it is open later in 2018.

Valdez explained how IPSecure’s growth in the commercial sector and support from the City of San Antonio helps address the geographic advantage cybersecurity contractors based in the Washington, D.C. area possess. “We need the support from the city to address that disparity,” Valdez said. “Growing in the commercial sector also helps keep us here in San Antonio.”

Valdez cited as a telling example the $50 billion federal contract for integrated information technology (IT) solutions for the government’s digital transformation awarded in Dec. 2017. According to Valdez, 98 percent of the awardees were based in the national Capitol region.

“With over 140 cybersecurity companies in San Antonio, we will continue to drive the growth of this target industry,” said San Antonio Economic Development Foundation President & CEO Jenna Saucedo Herrera. “San Antonio is uniquely positioned to be a leader in cybersecurity with the military’s cyber command, some of the nation’s best cybersecurity programs at local universities and a skilled talent pipeline to sustain our future growth.”

IPSecure was founded in 2000 by former Air Force avionics electronics lead and San Antonio native  Jesse Rodriguez, who worked as an electrical apprentice at the former Kelly Air Base. IPSecure opened in 2015 with 8,000 square feet at Port San Antonio staffed with local talent.

“We’re also looking to tie into cybersecurity training and education, working with the City on an overarching road map that targets San Antonio’s workforce development for local cybersecurity jobs at companies like ours,” Valdez said.

“We know what our strengths are, we know what our potential is in specific industries,” San Antonio mayor Ron Nirenberg said as the EDIF grant was approved. “When we can help local businesses expand …it’s an extraordinary opportunity.”