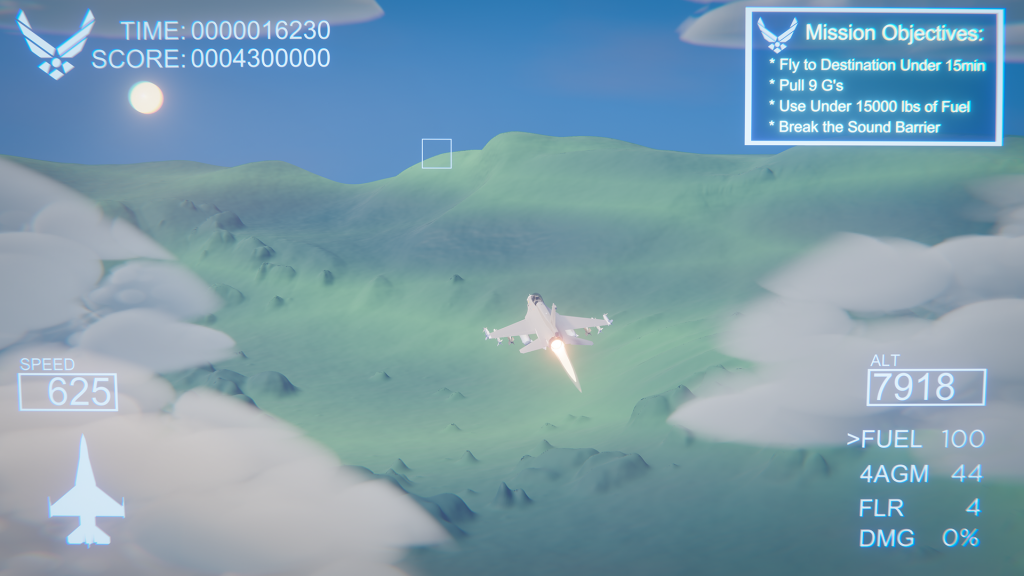 The U.S. military is leveraging video gaming to recruit young people, not just train them once they join military service.  That need for engaging video content presented an opportunity for The IMG Studio. The San Antonio-based company won a U.S. Air Force Phase I Small Business Innovation Research (SBIR) contract to develop a flight simulation video game for the Air Force to train and recruit its personnel.

The IMG Studio’s video game will allow users to design, test, and build different military aircraft based on a set of guidelines and goals. The game challenges players to consider technical limitations when engineering their aircraft, such as keeping the plane below a maximum weight or controlling costs while meeting mission objectives.

Players learn about the engineering tradeoffs weapons designers make when deciding how far the plane can fly without refueling, how fast the plane can fly, how much runway each plane would need for takeoff, and how much those features would cost to build.

“The Air Force needed a video gaming software that can do more than train pilots,” said company president James Chandler. “Our game appeals to aspiring pilots, of course. It also includes all the ‘under the hood’ technical aspects needed to support the pilots, to help recruit and train those interested in non-flying STEM [science, technology, engineering, and math] roles in the Air Force.”

Tank crews in the U.S. Army already maintain readiness training by playing video games. But the Department of Defense also wants to use video games to help with recruitment. The U.S. Army, for example, is adapting to Generation Z by setting up virtual recruiting stations and advertising heavily in the esports arena. Esports are watchable competitive video game events with a global viewership of 380 million.

“We’re really excited about the opportunity to provide the Air Force with an innovative way to engage with potential recruits interested in engineering and STEM-related careers by creating a first-of-its-kind video game simulation,” founder and CEO Heather Angel Chandler said.

In the SBIR Phase I of the Air Force contract, The IMG Studio will determine the feasibility of implementing their flight simulation video game as a solution for recruiting and training. The company has 90 days from when the award was granted in February to secure a memorandum of understanding with an Air Force recruiting command willing to try out their video game.

The video gaming solution can be scaled to meet recruiting and training needs for all military branches, James Chandler said. For example, the Army could use it for its helicopter pilots and crews, while the Navy could recruit and train for its aircraft carrier operations.

“The Pentagon and San Antonio are the major recruiting hubs for the Air Force, so we’ll be focusing on getting a pilot program going here in San Antonio,” James Chandler said. “After that, we’re looking to scale this across the DOD [Department of Defense].”

The featured image is a screenshot of The IMG Studio Air Force recruiting and training video game, courtesy image.