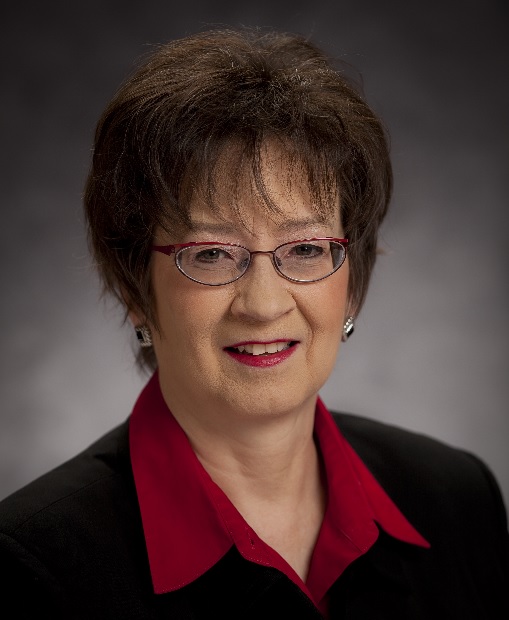 Launched in 2005, BioMed SA is a nonprofit advocacy organization former Mayor Henry Cisneros helped create to highlight San Antonio’s strengths in the biomedical and healthcare sectors. Stevens, an experienced leader in the biopharmaceutical industry, worked to promote San Antonio’s industry assets across the U.S. and globally.

She also sought to create connections and relationships among research organizations and educational institutions throughout the city, Walt Downing, executive vice president and chief operating officer at Southwest Research Institute told the audience.

During the last decade, the organization’s mission has evolved to include economic development, Stevens said. Working in concert with consulting firm Frost & Sullivan, BioMed SA developed an industry action plan that is part of the City of San Antonio’s overall strategic plan for economic development.

“I believe this is the perfect time for me to step away and hand the reins to new leadership who can pivot into action and begin implementing some of these recommendations,” Stevens told the breakfast attendees.

Before leading BioMedSA, Stevens headed investor relations at ILEX Oncology, an oncology drug development company. During her tenure, the company was acquired by Genzyme Corporation in 2004 for about $1 billion.

After that company merger, Stevens brought her focus on collaboration across organizations and industry sectors to BioMedSA as she looked to support other innovative initiatives that could enrich San Antonio’s overall landscape of innovation.

One little known story is how FIRST in Texas robotics competitions came to San Antonio.

Stevens met FIRST Robotics founder Dean Kamen when he was given the BioMedSA Palmaz Award in 2009. His visit to San Antonio for the award included a BioMedSA breakfast meeting with local industry chief executives set up by Stevens. That connection ultimately helped bring the FIRST Robotics regional competition to San Antonio for the first time in 2011.

“Dean’s talk at the BioMed SA award dinner so inspired the audience of industry executives that he helped inspire the founding of several robotics teams by local companies such as KCI [Kinetic Concepts, Inc., now called Acelity],” Henry said. “BioMedSA also supported one of the first robotics teams with funding.”

The chief executive of KCI came up to Henry at the award dinner after Kamen’s talk to ask how to start a robotics team, Henry said. As the number of robotics teams grew in San Antonio, Stevens remained steadfast in her support of encouraging students to pursue robotics as a way to develop interests in science and technology.

Those first robotics teams formed soon after the Palmaz Award dinner in 2009. Many of those students went on to become involved in FIRST Robotics and have since graduated. Henry met one of them recently, a sophomore at Trinity University who is studying chemistry and is now keenly interested in pursuing a career in cancer research.

As Cisneros reviewed Stevens’ achievements as an advocate for San Antonio’s biomedical sector, he also highlighted how her interest in making vital connections “given her deep knowledge of San Antonio” was instrumental in raising the city’s profile as a city of innovation.

When looking for the best person to head BioMedSA, “we did a national search,” Cisneros told the audience Wednesday. “We found that the person that was precisely right for this was right in our backyard.”