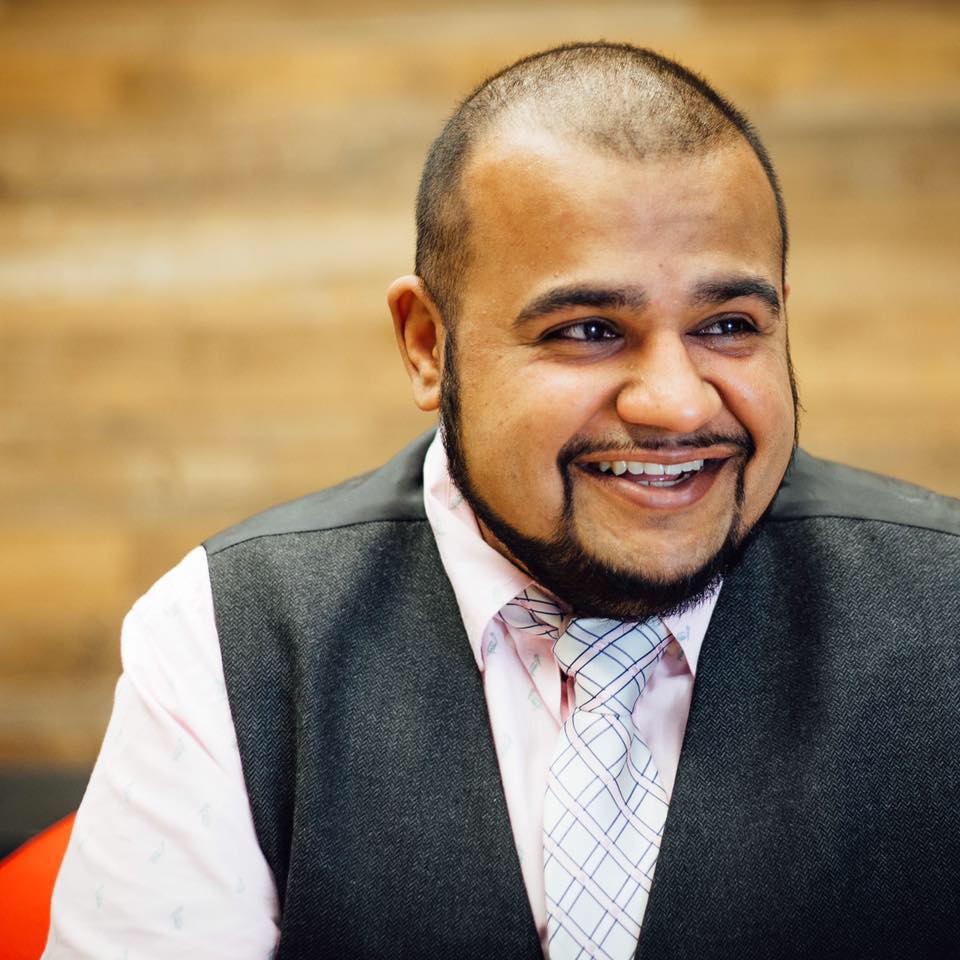 Hitish Nathani died Friday unexpectedly, as confirmed in a Facebook statement Saturday. Services will be held at the M.E. Rodriguez Funeral Home, 511 Guadalupe Street July 4 at 10 a.m. Nathani’s family have asked attendees to please bring a photo of Hitish to share and help celebrate his life.

A GoFundMe account has been set up for Nathani’s family, click on the link if you wish to contribute.

The news of Nathani’s death Friday evening at the age of 33 shook the San Antonio community, as the enthusiastic supporter of entrepreneurs across industries had impacted so many lives.

In his position as the director of the Learning Company, Nathani worked tirelessly with students at the Alamo Colleges in its startup boot camp training the next generation of entrepreneurs and innovators.  He focused on reaching underserved students with his mentorship and entrepreneurial training, both in the Learning Company program and as a professor at the Alamo Colleges District.

Nathani also served as a tenured faculty member at St. Philip’s College as lead instructor for introductory chemistry. An experienced researcher, he was the principal investigator for a project funded by the National Center for Science and Civic Engagement for the East Side Community Garden Renovation and was co-investigator for Project GeNex, which was recognized with the Implementation Award from the National Science Foundation.

Well known in San Antonio’s culinary community, Nathani founded Bombay Salsa, an Indian-Latin fusion cuisine food truck and catering business he ran since 2011. He also found time to volunteer regularly with St. Vincent De Paul, the Food Bank, and the Make a Wish Foundation, and held formal advisory or leadership positions with Eva’s Heroes, the Shirdi Sai Temple of San Antonio, and the Trinity farmer’s market, as well as serving as a local mentor for Launch SA and the Fulbright Program.

The San Antonio Business Journal recognized Nathani in 2018, including him on the list of San Antonio’s 40 under 40 rising stars who are taking the lead in their careers and giving back to the community.

Hundreds of messages on Nathani’s Facebook profile and the Go Fund Me fundraising page speak to the lasting influence Nathani had on so many across San Antonio.

“All of us are a part of a community, and when a loss occurs, we all feel it,” Trinity University’s Students + Startups director Luis Martinez wrote. “The San Antonio startup community suffered a sudden, devastating loss of Hitish Nathani…he was a Students + Startups partner, and among other things, he was active in Geekdom, Launch San Antonio, and in Break Fast & Launch.”

Many of Nathani’s students responded to the news by writing about the profound impact he had on their lives.

“You will be missed Mr. Nathani,” student Stella Belmares wrote. “Thank you for sharing your love for science and being an inspiration to those you met during this lifetime.”

“Hitish believed in Geekdom as a learning community, where people could discover more about themselves and how they could improve. Hitish was always there to help others with advice and encouragement in pushing people to be the best they could be.  This is one of many reasons why Hitish is and was so loved and will truly be missed.”

Geekdom chairman Lorenzo Gomez was the speaker at the Learning Company’s graduation in May and posted this comment on Facebook.

“Hitish Nathani put the “H” in hustle and was a true champion for everything our community stands for. When he asked me to speak at the Learning Company graduation, I was blown away by the number of entrepreneurs that were women and minorities. It was the most diverse group I have ever seen. My prayers go out to his friends and family. Cheers to a man who left this city better than he found it.”

Nathani described himself in his Facebook profile as an “Innovator. Thinker. Traveler. Teacher. Cook. Chemist. Curmudgeon,” yet always had a smile and made time to engage with people despite his packed schedule.

My first time meeting Hitish was when I ate at Bombay Salsa. Impressed by the flavors and inventiveness of his cuisine, we took advantage of a lull in dinner service and talked about recipes, ingredients, and his desire to teach a chemistry of cooking class.

The last time we spoke was in the days preceding his untimely death, on the seventh floor of Geekdom. After we caught up on the latest news from his students, I asked about Bombay Salsa and whether he would cater an event for me early next year.

“We shouldn’t wait so long—let me cook dinner for you, we’ll schedule it soon,” Nathani said to me.