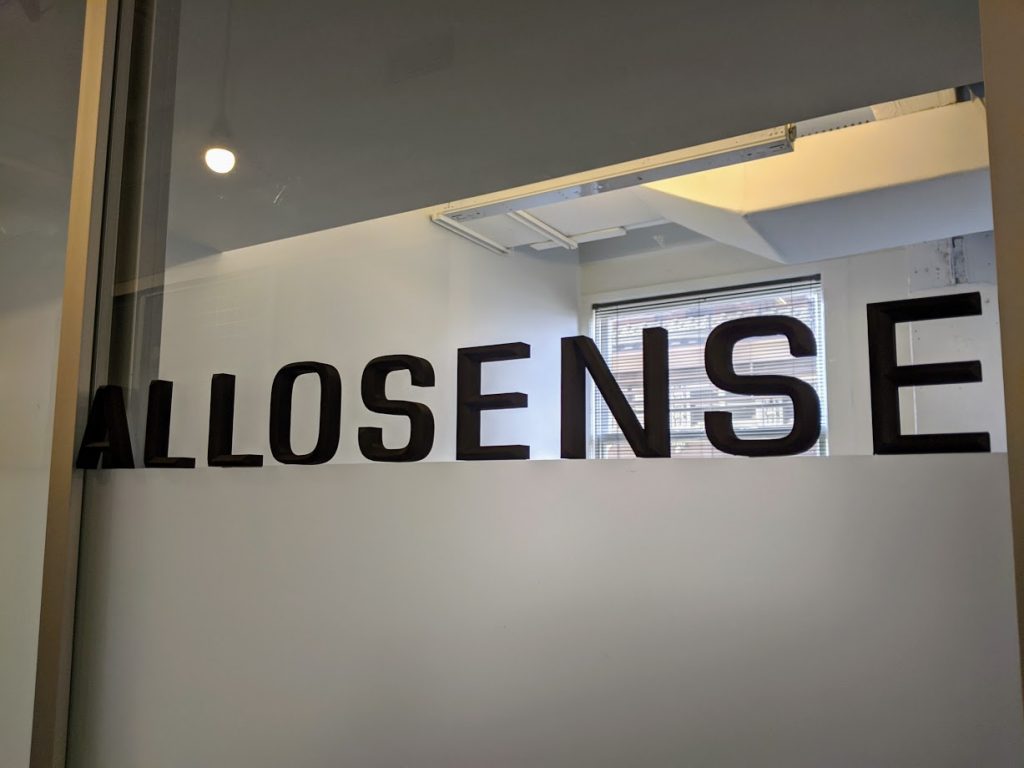 Winning an Air Force contract estimated at a potential total value of up to $5 million has been game-changing for one Geekdom startup company producing internet-of-things or IoT tracking devices. Allosense founder Roman Sandoval applied to the competitive awards-based Air Force Small Business Innovation Research (SBIR) program and won a Phase 1 SBIR award for $50,000 in December 2019.

Allosense provides an easy way for companies or organizations looking to integrate the use of smart sensors for tracking assets. The asset trackers are cellphone-sized devices that are always in communication, either on-demand or via a data stream.

“We make always-connected sensors that can be used as asset trackers in logistics,” Sandoval said. “Our ‘Sensing-as-a-Service’ can be used in many different industries.”

What that means is Allosense collects data from its patent-pending sensors. Customers use the data from the connected sensors to track equipment and measure conditions such as temperatures.

Winning the $50,000 will help fund Allosense’s “customer discovery,” a 90-day period in which Sandoval must find customers within the Air Force who need the technology.  With at least one signed agreement from potential customers in hand, Sandoval can then secure additional Phase 2 and Phase 3 funding.

A bonus feature for startups is that in Phase 2, the Air Force will match two dollars to every one dollar raised in venture capital (VC) up to an additional $1.5 million in federal dollars.

Between 2003 and 2011, the U.S. Army lost track of $5.8 billion worth of inventory, according to Sandoval. Submitting Allosense’s sensor technology as a way to meet the Air Force’s need for radio-frequency identification or RFID tracking of inventory made for a winning combination, Riehn said.

“I think Roman’s product will make a huge impact on the Air Force’s ability to track the millions of assets in their inventory,” Riehn said. “Roman’s background as a successful entrepreneur gave the Air Force confidence in Allosense’s ability to field this product and scale across the DoD.”

From robotics to sensors

Sandoval is a serial entrepreneur and inventor. From 2013 to 2019, Sandoval launched his first company, Wavecast Technologies. He provided engineering testing services for Fortune 100 companies and was a vendor for Tesla.

That vendor connection led to working at Tesla, where Sandoval oversaw manufacturing test engineering. He led the development of the Pack Pulse system used in the battery wire-bond testing system for the Tesla Model 3 sedan from 2016 to 2018.

Sandoval then co-founded Trini Corp. with Mel Du at Geekdom to develop a portable off-road wheelchair. The co-founders participated in the Techstars Boulder 2019 cohort. Upon completion, Du remained in Colorado and renamed the company Ramp Robotics.

Sandoval returned to San Antonio to make his life here with his wife. He turned his interest in the engineering of high-volume manufacturing systems into a concept for connected sensor hardware for industries and military use — Allosense, Inc.

“The revolution of internet-of-things connected devices is something I’ve wanted to get into,” Sandoval said. “The cost of entry for new companies fielding telecommunications satellites is getting lower, so I wanted to get into that sector.

“Our end goal is to build a fleet of connected sensors along with launching a satellite infrastructure to support them.”

Another example of an industry that can leverage Allosense’s tracking sensors is home construction. Geekdom startup Braustin Mobile Homes (BMH) is using the sensors to track the delivery of its new homes for clients.

“We’re doubling down on innovating the entire customer experience of buying one of our homes,” BMH CEO and co-founder Alberto Piña said. “We want to be able to show customers where their home is as it leaves the factory and is en route to the site in real-time.”

The applications for Allosense sensors and the supporting data analytics platform will be useful in multiple verticals.

“The product that we are producing is going to change the game with regards to asset tracking and management,” said Chris Benner, Allosense’s manufacturing director and former Tesla colleague.  “I see this becoming a staple in not only military applications, but also commercially.”

The company has seven employees working out of the 7th floor of Geekdom and is hiring to scale quickly. Allosense is leveraging its vendor relationships with Tesla and others and connections to TechStars mentors to launch the sensor production quickly with its newfound funding.

The team is designing the final patent-pending prototype for mass manufacturing, and is in discussion with Texas-based contract manufacturers, Sandoval said. Allosense is also talking to space exploration company SpaceX, Earth imaging business Planet Labs, and the Maersk integrated logistics company, in addition to local organizations.

“We’d like to demo our solution for Air Force Bases in San Antonio as well as local government contractors like Lockheed Martin,” he added. “We’re also working on how to introduce sensors as a service to disrupt other industries where we know can make a difference.”