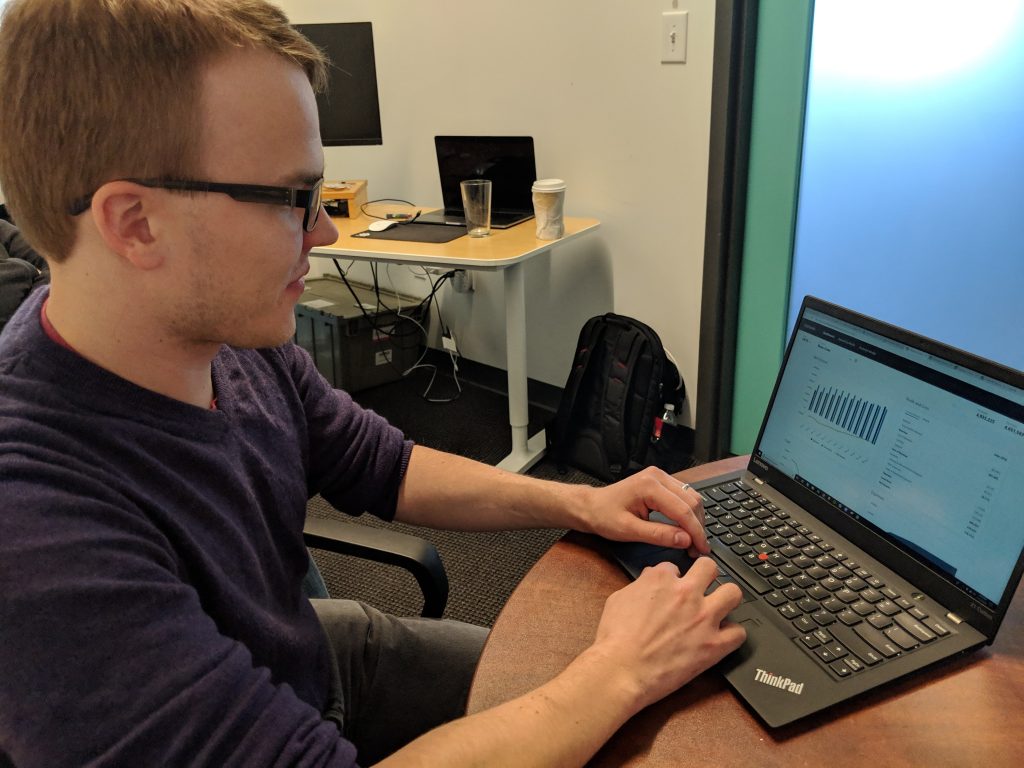 The company sells the Connected Financial Model, a financial modeling software as a service (SaaS) planning tool for businesses to track and forecast revenue, cash, and expenses. The platform integrates with the customer’s accounting and internal data sources to provide a financial dashboard that is always up-to-date.

Matthews recognized Flightpath filled the gap in the market for financial modeling tools and services, especially those that give founders a current status rather than a one-time snapshot. Click To Tweet

“Every startup and fast growing business needs a robust financial model so they can measure the health of their company and plan for its future,” Matthews said. “This means business leaders must create their own custom models…most quickly grow outdated and therefore become worthless.”

“We can organize the dashboard and build the model to produce data that’s displayed in a founder-friendly way,” Piipponen said. “We provide financial insights that point to root causes in a company’s financials.”

Geekdom was one of Piipponen’s first clients when Luke Owen was the chief operating officer (COO) for the San Antonio downtown co-working space.

From Cucumbers and Pigs to Financial Models

Piipponen’s journey as an entrepreneur started on his family’s farm in Finland when he was only seven years old. Selling cucumbers and pigs, his early interest in business led him to study finance at Finland’s Aalto University. After graduation, he moved to London to work in investment banking at Credit Suisse.

Piipponen relocated to Los Angeles in 2010 where he became the CEO of two technology startups. His previous companies were Kiitostech, a tool that allowed users to add product information to YouTube videos and Remote Garage, an on-demand storage service. Piipponen moved to San Antonio in 2013 and shut down Remote Garage by 2015. Launching Flightpath Finance in November 2015, Piipponen worked on his financial model concept as a Techstars StartupNext program participant in April 2016.

Flightpath Finance’s model is “targeted for bootstrappers and those funded by capital who want to make the best use of their funding,” Piipponen said. The SaaS platform can be customized to organize a company’s existing and current financial data in a format that makes sense for business owners. The initial model focuses on how the company has been performing over the past four months to keep founders aware of emerging issues for quicker remediation.  Once the initial model is completed, Flightpath Finance can also create custom forecasts displaying data-driven insights on new customers, expansion, churn, or contraction.

Pingboard started as a Flightpath Finance customer. Its founder Bill Boebel became an investor after he realized Flightpath Finance could provide a turnkey “financial model in a box” to companies, giving them a reliable way to start forecasting their revenue and expenses.

“I’ve invested in 30-plus startups, and most companies do not (unfortunately) know how to forecast their revenue and expenses,” Boebel said.  “Until companies have $5 to 10 million in revenue and hire a CFO, most financial forecasts I’ve seen are very rudimentary and contain a lot of unreasonable growth assumptions that are not based on reality.”

Detecting financial trends and addressing them proactively becomes imperative for startup founders. When a small business makes a mistake, the consequences can be a matter of survival, much more so than at a large company with significant financial reserves.

“Most growth companies would benefit from the strategic advice of a CFO, but often it does not make sense to hire one full time,” Owen said. “Our platform and integrations make it much more efficient to provide reporting, forecasting, and financial advice to growing companies to help them make better decisions and accelerate growth.”

Flightpath Finance is looking to hire full stack engineers experienced in JavaScript and Node.JS. as well as professionals with a finance background and venture capital experience. The startup plans to further expand its integrations to more customer data sources like sales pipelines from Salesforce, payment data from Stripe, and human resources data from platforms like Gusto, according to Davila.

“This is valuable tool and service for founders,” Piipponen said. “We want to be there for founders in the early stages to earn their trust as we support them with their sensitive financial data and provide objective recommendations.”

With customers like Jungle Disk, Promoter.io, and VidGrid, the financial modeling B2B SaaS startup is interested in growing along with their customer base.

“I invested first because I believe in Jaakko,” Matthews said. “Flightpath is pursuing an enormous market opportunity, and I believe Jaakko and his team are the ones to pursue it.”