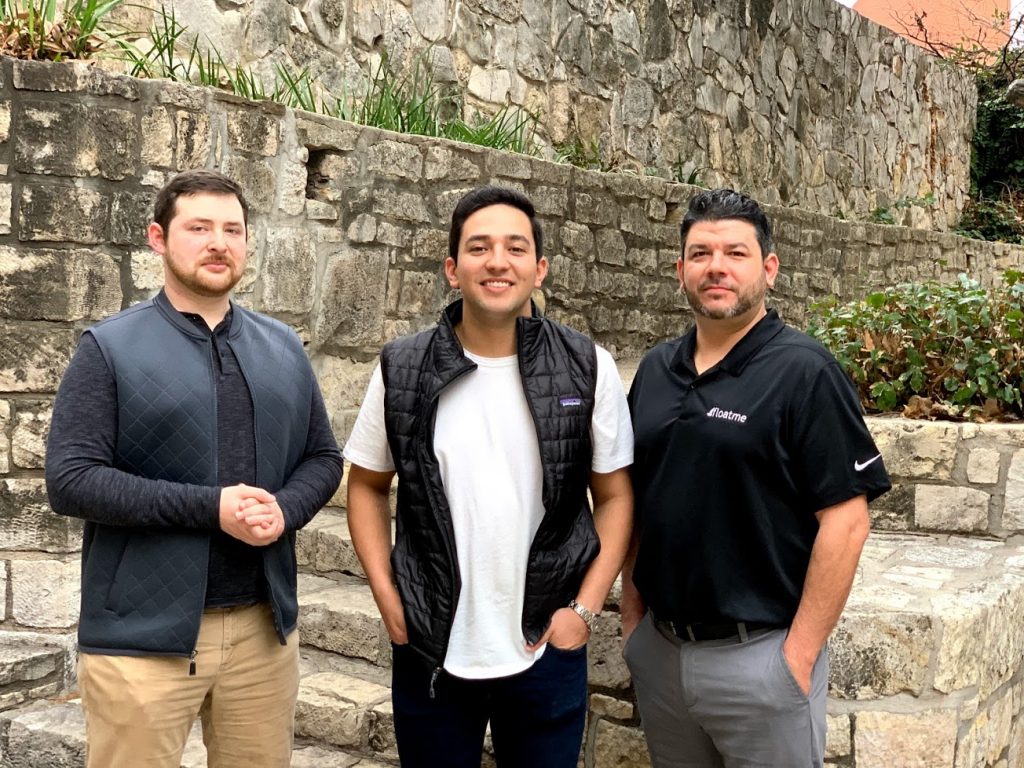 The financial tech startup FloatMe announced Thursday it had closed a $3.7 million seed funding round led by ManchesterStory, a leading firm focused on early-stage fintech and companies using technology to disrupt the insurance industry. San Antonio-based Active Capital, Denver-based SpringTime Ventures, and existing investors Drummond Road Capital and HTV Industries are among the 17 investors who participated in the seed round.

Joining FloatMe’s board is ManchesterStory co-founder and managing partner Matt Kinley, who has 21 years’ experience as a venture capitalist focused on early-stage through growth-stage fintech, healthcare, and technology companies.

“We think the opportunities for FloatMe to help clients improve their finances are endless, and FloatMe’s offering is appealing to millions of Americans,” Kinley stated in the company announcement.

One of the San Antonio startups to watch in 2020, FloatMe knew launching a financial lending services company would take considerable working capital. The investment will be used for new features in its micro-lending application and hiring at their San Antonio, TX, and Cleveland, OH locations.

Even before the pandemic, many Americans were living paycheck to paycheck. The COVID-19 pandemic only exacerbated that trend. Nearly 25% of people in the U.S. lack savings for an emergency. With no alternative but to resort to expensive payday lending, a $46 billion payday industry often traps users with interest fees up 510%.

In 2017, co-founders Josh Sanchez (CEO), Ryan Cleary (COO), and Chris Brown (CTO) developed the FloatMe app to allow workers to get a “float” or short-term advance up to $50 on their next paycheck without paying hefty fees or interest.

FloatMe gives employed customers an advance on their paycheck quickly and at much lower interest rates for a monthly membership fee of $1.99, with rush processing of available funds costing extra. The app’s balance monitoring service and educational features also help clients save money for emergencies.

Sanchez experienced the pain of needing a short-term loan when he had unexpected car expenses once and was short that week. After getting a payday loan for $200 that turned into a $250 payback balance after only two weeks, Sanchez started thinking of less expensive options to access short-term money.

This is FloatMe’s first institutional funding. The startup has received previous funding totaling about $4 million since the company launched in 2017, with its last round of $250,000 in February.

“We saw early on that most of our members only needed around $20 to cover these types of emergencies,” Cleary said.

FloatMe has consistently had more than 30% growth month over month since its public launch in February. The startup has helped its members save over $12 million in overdraft fees. Its traction helped highlight the importance of alternative financial services, especially as so many cope with the impacts of the Covid-19 pandemic.

“With so many Americans living paycheck to paycheck or simply needing a small loan every now and again, predatory industries have stepped in to take advantage of them,” stated Pat Matthews, CEO of Active Capital. “FloatMe is an incredible alternative to high overdraft fees and payday loan providers, both of which lead to overborrowing in addition to crazy interest rates.”

FloatMe’s growth has been organic since its start. The  FloatMe team won the 3 Day Startup competition in October 2017, and by the beginning of 2020, they had a waitlist of 70,000 customers, Cleary said.

The company has grown from six employees to 12 since January and is hiring for both San Antonio and Cleveland locations. The startup had 2,000 customers when it was still in beta at the start of the year. By late summer, FloatMe’s revenue base had grown to over 100,000 customers, according to Cleary.

“As a team, we are passionate about leveraging our capital wisely to expand upon our explosive growth,” Cleary said. “For the millions of Americans struggling during these challenging times, they need low-cost tools to meet their financial goals — this is our number one mission.”