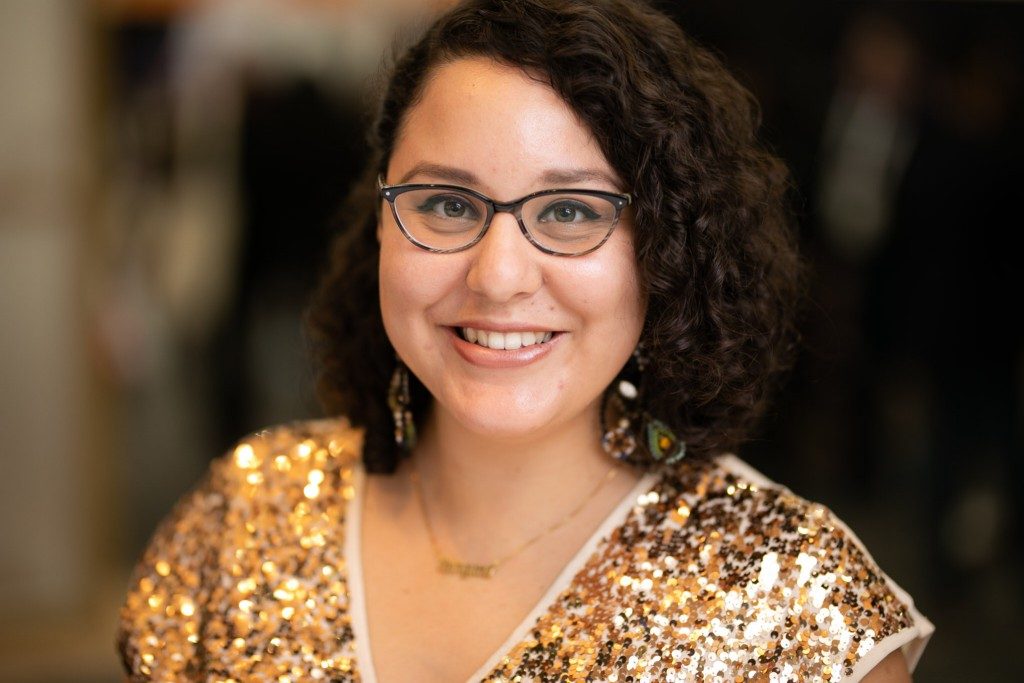 The San Antonio Chamber of Commerce confirmed Wednesday that Amanda Keammerer, who has served in an acting role since January, has been named as the Chamber’s permanent vice president of cybersecurity and director of the Chamber’s CyberSecurity San Antonio.

“Amanda joined my team less than two years ago and has since become one of the business community’s most important cybersecurity assets,” stated San Antonio Chamber president and chief executive (CEO) Richard Perez in an announcement. “From strengthening relationships to increasing our region’s global name recognition, Amanda plays an important role in elevating San Antonio’s contributions to local and national security.”

Keammerer is a native San Antonian who possesses a strong background in federal cybersecurity and information technology (IT) policy. She returned to San Antonio in 2017 after spending 13 years on the East Coast, including eight years working for nonprofits and in the U.S. federal government. As a political appointee, she helped develop cybersecurity and information technology policy across the federal government. Keammerer advised the federal chief information officer in the Office of Management and Budget during former President Barack Obama’s administration.  She also managed community relations at the national office for League of United Latin American Citizens (LULAC) and led digital marketing initiatives at the Henry J. Kaiser Family Foundation.

“Over the past five months, Amanda ensured our cybersecurity community was well-represented and connected, no matter the occasion,” stated CPS Energy CEO Paula Gold-Williams who is also the 2019 Chair of the San Antonio Chamber. “From meetings at the White House during the SA to DC Chamber-sponsored visit to cybersecurity policy discussions in Austin during the recent 86th Texas Legislature, as well as  briefing military commanders on the ecosystem’s accomplishments and capabilities – Amanda has greatly contributed to our cybersecurity ecosystem’s growth and success.”

After serving for a little over a year as deputy to Will Garrett, the previous CyberSecurity San Antonio director, Keammerer became acting director once Garrett left in January to become vice president of cybersecurity development at Port San Antonio.

Garrett helped establish CyberSecurity San Antonio in 2015 as the San Antonio Chamber’s public-private partnership. Its mission is to advance the city’s cybersecurity industry by supporting workforce development efforts, connecting industry to academia and other partners, and highlighting San Antonio as a cybersecurity hub.

CyberSecurity SA is the lead convener and brand manager for our cybersecurity community.

Through partnerships with the San Antonio Economic Development Foundation (SAEDF), the Cyber Innovation and Research Consortium, Bexar County, and the City of San Antonio, as well as many education, community, and industry stakeholders,  Keammerer and the Chamber collaborate across organizational lines to connect stakeholders in meaningful ways. One example is how the Chamber linked Girls, Inc., a nonprofit organization mentoring female students interested in science and technology, to local female cybersecurity professionals working in companies such as Booz Allen Hamilton.

Another example of the Chamber’s convening function in action happened at the 2018 Armed Forces Communications & Electronics Association or AFCEA Alamo ACE conference in San Antonio. CyberSecurity San Antonio coordinated with SAEDF, the City of San Antonio, the CyberTexas Foundation, and Port San Antonio to engage visiting representatives from companies potentially interested in either expanding their local presence or opening a new headquarters in San Antonio.

CyberSecurity San Antonio plans on using this same approach at this year’s AFCEA conference as well as the Cyber Texas conference and this fall’s Texas Cyber Summit.

“We are also looking to add more partners like ones in education and the startup community,” Keammerer said.

All that cybersecurity collaboration and coordination is beginning to pay off for San Antonio.

As the cybersecurity network has developed, CyberSecurity San Antonio’s monthly meetings have outgrown the Chamber’s conference room. The 80 or so attendees rotate meeting locations at organizations across the city, such as Our Lady of the Lake University, St Mary’s University, St. Philip’s College, Ella Austin Community Center, and Girls, Inc., to name a few.

Because of the cybersecurity network in place, San Antonio was able to respond quickly as a city to a cybersecurity workforce executive order President Trump issued in May.

“One of the initiatives that caught our eye in the executive order was how the president wants to establish the Cyber Cup of Competition,” Keammerer said. “We were able to send a letter to the president with more than 60 signatures from local San Antonio companies, universities, and other partners that would like to engage in this competition.”

Given Keammerer’s experience in policy, collaboration, advocacy, and community building, she continues to rely upon professional relationships established during her time in Washington, D.C. to “call upon my colleagues who are still working in the White House,” she said.

San Antonio was named one of the top ten global hubs for cybersecurity in 2019. The city’s many partnerships with organizations, academic institutions, and businesses extend to international agreements with cities overseas.

“San Antonio has a list of target metropolitan areas around the world where we are a good fit for a strategic partnership,” Keammerer said. “That list includes where we should have trade agreements for cyber specifically, as well as the places to avoid due to national security concerns.”

Cities on the list include Tel Aviv, Toronto, Mexico City, and Darmstadt. For cities such as Darmstadt, San Antonio already has a sister city agreement in place.

“We’re focused on industries of the future, ones like advanced manufacturing, aerospace, cybersecurity, life sciences, and military medicine—all these have both military and commercial applications,” Keammerer said. “We are intentional in how we facilitate the two-way flow of talent, resources, and ideas.”

The outlook for San Antonio’s cybersecurity sector is encouraging.

In April, the U.S. Air Force announced the merging of the 24th and 25th Air Force commands, both based in San Antonio. The reorganization will help integrate cyber effects, intelligence, surveillance, and reconnaissance operations, electronic warfare operations, and information operations into one command. Keammerer thinks there will be more cyber work in San Antonio because of the integration.

“As the cyber mission clusters get stronger here, it will make more sense to open a branch or expand your company’s presence if it is not already here,” Keammerer said.

Also, for the first time, San Antonio Startup Week, scheduled in October, will have a cybersecurity program track. The timing works well given that October is National Cybersecurity Awareness Month, Keammerer said.

What the San Antonio cybersecurity community needs is to continue its work branding the Alamo City as a center of cyber excellence, according to Keammerer.

“It’s challenging to write about the industry especially when so much of the work is classified,” Keammerer said. “All these stories add up to show that we’re innovative in multiple areas, not just with products and services. We’re also innovative in the way we approach people, processes, and partnerships.

“Partly why I moved back home from D.C. is to help elevate awareness of San Antonio’s strength as a city of cybersecurity talent and promise. It’s time for San Antonio to be bold.”