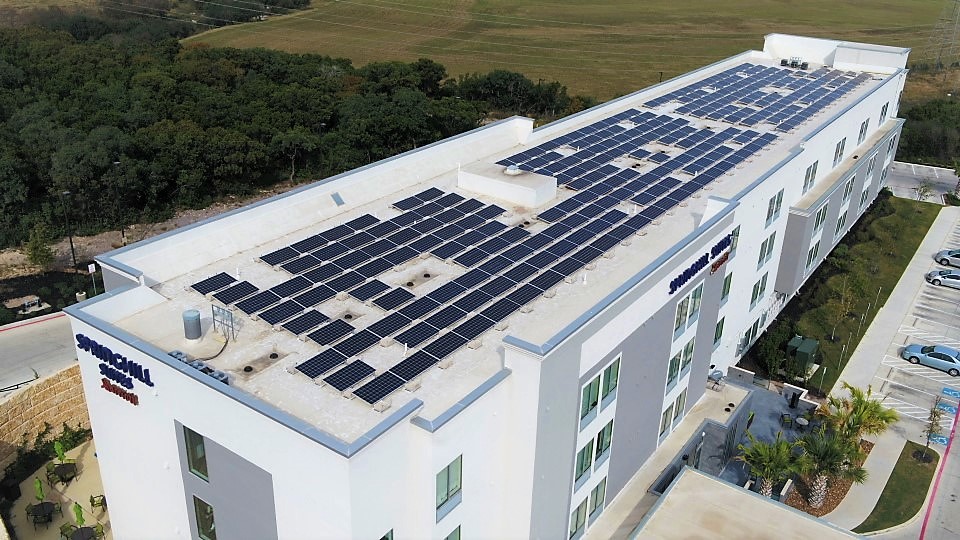 San Antonio also has a pre-incubator, an incubator, and an accelerator program specifically designed for startups working on clean energy innovation. Read more about EPIcenter and its unique programs.

Many may not know San Antonio ranked as the sixth highest U.S. city in solar energy capacity in 2017, according to the report Shining Cities 2018: How Smart Local Policies Are Expanding Solar Power in America. “New energy” is focused on renewable or alternative clean energy sources or enhancements on current methods, a rapidly emerging industry that is one of seven San Antonio’s Economic Development Foundation is targeting for growth. San Antonio is also home to CPS Energy, the largest municipally-owned gas and electric utility company in the U.S. and a strategic partner in the city’s efforts to foster its renewable energy sector.

“Funding energy innovation is more like bioscience, but the life science industry is more mature,” EPIcenter CEO Kimberly Britton said. “The utilities innovation ecosystem is still young. Municipally owned utilities are rewarded for not taking risks, yet we are asking them to drive innovation and take more risk.”

EPIcenter debuted its New Energy Incubator and Accelerator (NEIA) program in December 2017, and its first cohort started in March with two startups. EPIcenter also partners with innovation hub VelocityTX on a pre-incubator program to mentor early-stage new energy startups. The pre-incubation program is for very early-stage companies with an idea who need help developing a proof of concept.

“There is a need for EPIcenter,” Britton said. “Utilities have been aggressive in adopting innovation, but it's not practical for them to work with early-stage startups. It makes sense for programs like ours to work with them.” Click To Tweet

EPIcenter plans to redevelop a former CPS Energy facility located on the Mission Reach of the San Antonio River for an estimated $74 million. In addition to the incubator, accelerator, and think tank, the center will include laboratory space for testing new products, conference space for events, and an interactive exhibit hall.

“The program slots are not limited,” said NEIA program manager Andi Littlejohn. “It depends on whether we have applicants who are a good fit for our new energy startup programs—we can bring in additional resources to support good applicants if necessary.”

EPIcenter has four startups participating currently and is looking to have six to eight by year’s end. The fee structure to participate is varied depending on the option selected. The third cohort is in progress and applications online are open for the incubator’s fourth cohort, due by January 6, 2019.

“What differentiates us from other national programs is our mentoring program—we believe in team mentoring and emphasize it,” Littlejohn said.  “Our sponsors and partner organizations provide a deep well of experienced mentors.”

Clean energy innovation is EPIcenter’s specialty—renewable energy as well as enhancements to existing energy technologies. EPIcenter’s energy partners and sponsors not only help by providing mentors they also help connect participating startups to a broader national and global audience interested in emerging innovations.

“San Antonio is an emerging center of energy innovation,” Britton said. “We’re starting to be recognized as a hub for new energy.”

Go Smart Solar is a solar panel provider that uses computing technology to optimize energy production. They worked with mentors in EPIcenter’s accelerator program as it planned to expand into markets outside of San Antonio. Go Smart Solar president Jason Pittman and CEO Robert Miggins co-founded the company in 2015 which has grown to 11 employees. The solar startup signed on first as business sponsors of EPIcenter, then became the first company in their new accelerator program.

Anna Morton’s engineering firm Morton Gestalt is building a smart platform to measure how much energy buildings consume compared to the models typically used in building design. She enrolled in EPIcenter’s incubator to help her take her online platform called Talking Walls from an idea to a viable product. Morton first developed a beta version when she was a student at Codeup, a local software developer boot camp. She then enrolled in EPIcenter’s pre-incubation program before transitioning to the incubator program.

Go Smart Solar president and co-founder Jason Pittman knew his small company would apply to EPIcenter’s new accelerator program. Pittman plans to expand into both the commercial and residential solar market in central Texas. He thought it would be helpful to have access to EPIcenter’s network of mentors to help Go Smart Solar scale.

“EPIcenter’s network is energy-centric, so their mission aligns wells with what we’re trying to do,” Miggins said. “We plan to grow into distributed solar energy storage—and EPIcenter is positioned to help us grow into that market segment.”

Pittman and Miggins worked most closely with mentors Joey Oliver and Bill Cones on the financial issues in growing a customer base. They thought they would learn about handling financial challenges, energy storage, and networking opportunities.

“Every time we’ve met with Joey or Bill or Andi or in a group setting, there was always something new that we had not thought of yet that made us think,” Miggins said. “We didn’t know it would happen, but we were consistently discovering new things.”

Pittman said their market space has grown and the startup is taking on bigger projects since joining EPIcenter’s accelerator. “We don’t’ think about graduating, we think about staying a part of EPIcenter’s organization for the foreseeable future because they’re in the energy space,” he said.

“In our way, we are disrupting the solar market here in town as a younger upstart from a transparency perspective by educating our customers so they can make an informed decision,” Miggins added. “Customers recognize EPIcenter and CPS and their work in the new energy economy, so being part of EPIcenter gives us credibility.”

“The space I’m interested in is energy specific, and there are no other options,” Morton said. “My other reason is my commitment is to help grow a tech hub around energy innovation in San Antonio. I was raised here, so it’s home for me.”

Morton is an engineer and admitted she had little business experience. She knew she needed guidance completing a prototype and creating a business model. “I knew I had to take the building’s utility data and turn that into a sustainable business and service we can offer,” she said.

Morton and her part-time employee Matthew Coleman received mentoring from several CPS experts who are EPIcenter mentors. Marisol Wyman helped Morton on how she could set up the service for customers. USAA mentor Jason Scarlett taught Morton how to look at a customer base and explore potential market opportunities.

EPIcenter’s mentors and coaches helped Morton build a strategy for her company’s long-term growth. She plans to continue her involvement as she works through how to develop her Talking Walls connected technology for residential use. Morton then will focus on building a prototype for commercial application.

“EPIcenter helped me work through opportunities and showed me how to think strategically,” Morton said. “What do we need to tackle first to be ready for opportunities later on? I now understand how to plan for long-term growth.”