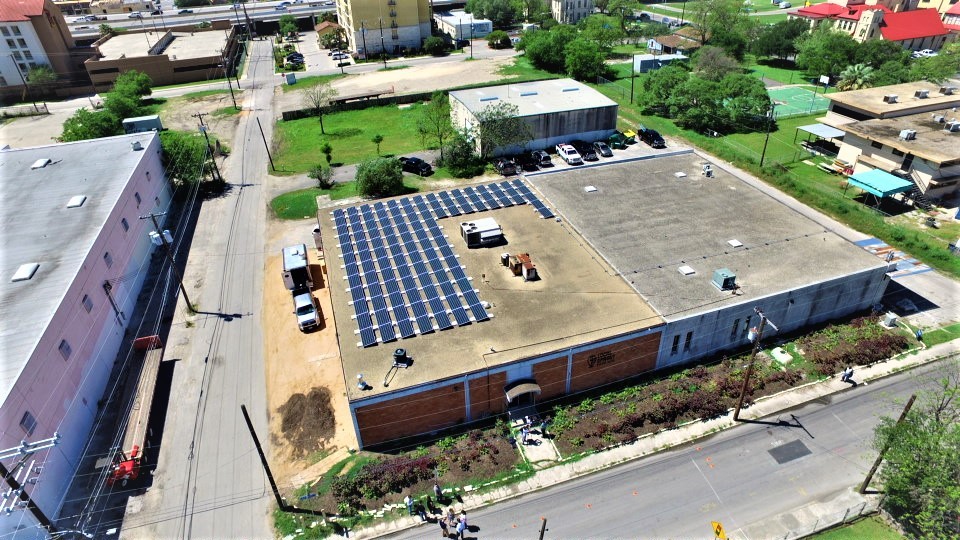 EPIcenter plans to transform a century-old power plant on the Mission Reach of the San Antonio Riverwalk into a world-class center that will house the nonprofit organization’s think tank, incubator, and exhibit space highlighting innovation in clean energy. While the $74 million project is in the design and fundraising phase, EPIcenter occupies space in Geekdom and is working closely with the co-working space and other local groups to provide the companies it incubates additional outside resources needed, such as mentorship and extra workspace.

“The intent is to improve the way we consume and produce energy and to generate ideas related to sustainable energy,” CEO Kimberly Britton said.

“For the first cohort we invited a select number of companies to participate and did not issue a public call for applications,” Britton said. “Going forward, the application process will be open and we are actively encouraging companies to apply by May 20 for the second cohort.”

Morton Gestalt is a San Antonio-based engineering firm that specializes in mechanical, electrical, and plumbing design that incorporates custom software solutions. Founder and San Antonio native Anna Morton is a licensed professional engineer who has worked on over 62 building energy models and is also a graduate of Codeup, a career accelerator for software developers. She learned coding to develop her idea for architectural designs that optimize energy use using models to predict better the building’s energy consumption. Her ideas for a tool include a possible internet-connected platform to help maximize energy use during a building’s operation in its initial commissioning phase and beyond.

“There’s a disconnect between models for buildings and construction that operates at peak energy efficiency,” Gestalt. “I’m interested in developing a tool that creates better models for architects and engineers.”

Go Smart Solar co-founders and company president Jason Pittman and CEO Robert Miggins established the company in early 2016. The company is interested in bringing solar power to communities for widespread benefits for residents. Go Smart Solar has a SunSmart Tool on their website that gives commercial or residential customers an estimate of their solar rating once they enter an address. The higher the solar rating, the more sun that building receives and the better candidate it would be for solar panel installation. The company also donates a portion of its revenue in in-kind donations of materials and services and recently installed solar panels for the San Antonio Zoo School.

“We’re a community-based organization and believe in the mass adaptation of solar,” Pittman said. “We strive to educate our customers as we drive down the costs as much as we can so we can spread the financial, environmental, and social benefits of solar to as many as we can, including lower-income communities.”

EPIcenter joins Geekdom and VelocityTX in announcing newly launched incubator/accelerator programs in San Antonio. The recent addition of such programs to the city’s entrepreneurial ecosystem reflects the growing demand for pre-accelerator, accelerator, and incubator resources for startups.

“As our company grows and scale we’re interested in working with mentors who understand the utility space,” Pittman said. “EPIcenter is creating this new space based on the emerging new energy economy, so we’re excited to be a part of that now and over the long term.”