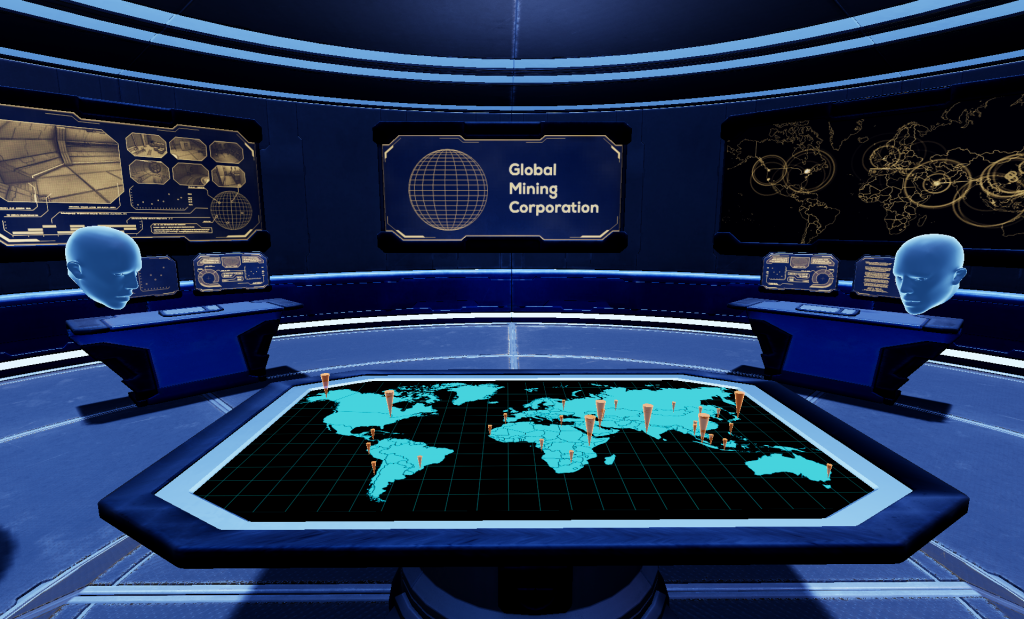 Cybersecurity training provider DC Industries is incorporating virtual reality (VR)-based scenarios from Ractive, a Geekdom-based startup, into their training programs. The two San Antonio startups have been collaborating on developing customized cybersecurity VR training over the past two months.

Based at Port San Antonio, DCI provides targeted training for veterans transitioning into a cybersecurity career and plans to incorporate virtual reality into every technical training course in its curriculum, DCI founder and CEO Cindy McClister said.

Separate from her role supporting SAMSOC’s cyber range, McClister had been considering immersive technologies for her cyber training. After reaching out to Perry, McClister realized the two startups were a “perfect fit,” she said.

“We didn’t see VR training being used in cybersecurity training but knew we needed to change the dynamics in the training world because students need to see and touch it to grasp new concepts,” McClister said.

Red Cell’s Dodson developed the classes to use VR for DCI, according to McClister. The first VR courses were custom designed given the employer demand for skills in targeting threat actors and cyber incident response.

Plans include incorporating both VR and augmented reality (AR) in the next training module to be developed to train students on how to respond to cyberattacks on critical infrastructure, Dodson said. The ultimate goal is to give students a “Matrix-like” view where students experience going inside the computer to see how hackers implant malicious code and stay hidden and which parts of the computer system are infected.

“We’re now seeing ‘digital natives’ in training, and this is how they have learned all along [playing video games], so we’re taking advantage of something they already understand,” Dodson said. “No one else is doing this—they’re not even talking about this yet.”

Founder and CEO Jonathan Perry launched Ractive in 2015 to develop interactive virtual reality experiences for training and entertainment. Perry’s VR content for DCI has role-playing elements in which the student is put in the position of a hacker trying to breach a system and access files.

“When you think of global complex networks, it’s hard to visualize how that looks in physical space, how they branch off and interact,” Perry said. “Finding ways to help students develop a better mental model, so they understand cybersecurity from the threat hacker’s perspective is exactly what we had in mind as the benefit of incorporating VR.”

Ractive completed Geekdom’s pre-accelerator program earlier in 2018 and got to know one of the program participants, the founders of Braustin Mobile Homes. Perry is developing an augmented reality app so the mobile homebuilders can give customers the ability to experience a virtual mobile home model tour. Ractive has also been working with the National Infantry Museum in Georgia since 2017 on VR scenarios. Wearing a headset, a visitor can sit in either a replica Humvee vehicle or Blackhawk helicopter and rescue people while fighting enemy forces and avoiding threats. The museum VR experiences are multiplayer as in a video game, so each person can see, hear and talk to other “players.”

Military, first responders and law enforcement personnel can use virtual reality training scenarios to practice responses to high-stakes situations, Perry said. Ractive is currently a subcontractor on a two-year research and development-focused firefighter training project to simulate AR technology 10 years in the future.

“AR now is not full FOV [field of view],” Perry said. “We’re exploring the user interface benefits of AR for firefighters where the whole visor of their helmet could be capable of a heads-up display feeding information like your oxygen levels and situational awareness of where you are inside a building.”

Research indicates VR is an effective tool most suited to training cognitive skills by submerging users into real-life experiences for a safer alternative under controlled conditions to real-world training. Data also suggests VR training can be more memorable than video content, not to mention easily repeatable, scalable, and isolates the user from distractions.

“VR-enhanced cyber training is important across the board, not just in the DoD world,” McClister said. “The commercial world is getting hit hard by cyber threats, too.”

McClister and Dodson are working to expand the local cyber training ecosystem into a larger, more collaborative one, with different organizations joining to role play. The two founders are in discussions with Dr. Kevin Barton at Texas A&M University-San Antonio to incorporate the university’s cyber red team into DCI’s training. The collaboration between  Ractive, a San Antonio downtown tech startup, and the Port-based DCI also demonstrates the value of founders from different sectors working together to produce innovations.

“What’s exciting is that we’re seeing a change in how industry is adopting new ways of doing things with tech, and AR and VR are great examples of emerging technologies being adopted,” said Jim Perschbach, CEO of Port San Antonio. “San Antonio doesn’t need to be the next Silicon Valley—we can be the innovative city that is home to creative solutions to industrial and commercial challenges.”