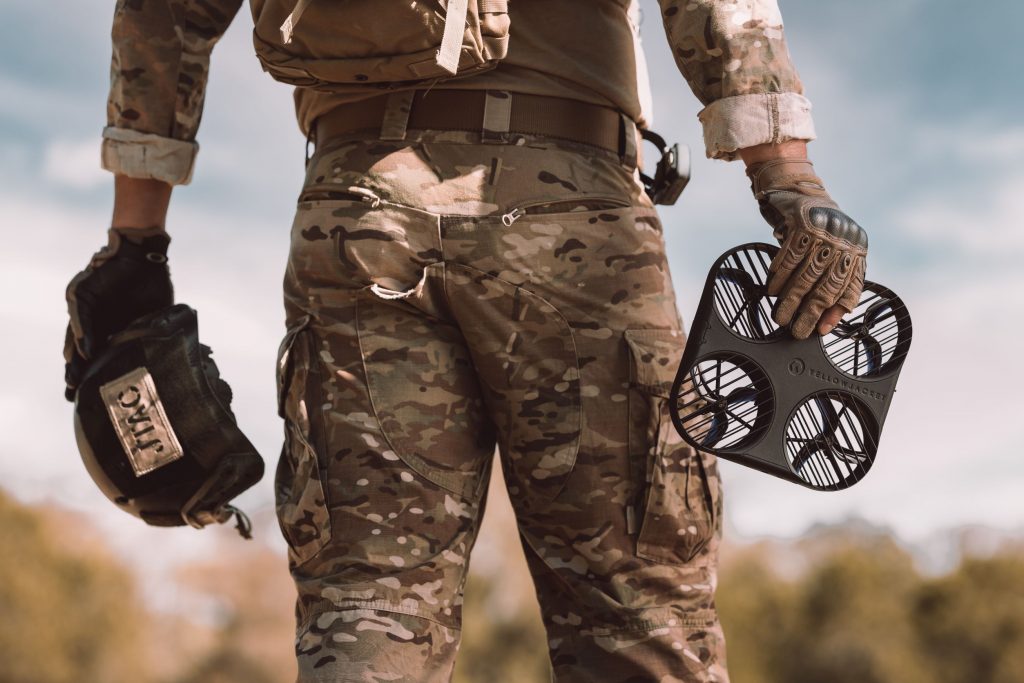 Defense industry executive and U.S. Special Operations veteran John Goodson launched Darkhive in Sept. 2021. Since then, he and chief technology officer Steven Turner have been developing an effective, affordable alternative for military and law enforcement use.

Both Goodson and Turner have extensive backgrounds in systems engineering and the defense sector. They are producing affordable alternatives because the drones produced domestically for the military and public safety sectors are much too expensive for practical use.

“We have officially closed our $1.1 million pre-seed and have chosen not to oversubscribe the round due to our performing well beyond expectations on the government contract side,” CEO John Goodson said.

In 2022, Darkhive was awarded five research and development contracts with the U.S. Department of Defense valued at $1.6 million. The startup expects an additional $30 million in equity-free funding from Small Business Innovation Research (SBIR) Phase III government awards in 2023.

Drones play an important role in military and law enforcement operations. However, unpredictable environments can often lead to drone crashes and dangerous recovery missions to retrieve it.

Because of their effective flight, working abilities, selective and detailed recording, and bird’s-eye view, drones are unique in their ability to reach places that may be too dangerous for military and law enforcement personnel. The U.S. military uses them for reconnaissance missions. In contrast, many police departments use them to monitor traffic conditions, assist with search-and-rescue operations, and capture evidence at a crime scene.

Specialized drones for military or law enforcement use often cost thousands or more per unit. Risking personnel to retrieve an expensive drone under potentially dangerous conditions isn’t an option, so costly drones often are lost or not used.

Goodson said that the starting price for their first product, the YELLOWJACKET drone, is $4,999, in contrast to competitor prices ranging from $12,000 to $80,000 per drone.

“Our goal is to get our drones priced below $1,000 per unit,” Goodson said. “Our recent contract award from the Defense Innovation Unit’s National Security Innovation Capital office directly supports our ability to deliver this solution.”

The San Antonio-based startup is looking to launch its line of drones in early 2023.

After Goodson transitioned from military service, he worked at the Department of Energy Special Technologies Lab and decided to solve the problems he encountered while in uniform.

“We’re both U.S. Special Operations veterans, aerospace and software engineers, with a business background and experience as product developers,” Goodson said.  “Our focus is singular — to provide a seamless interface with affordable autonomous robotics systems.  The only way to achieve this goal is to put the user at the center of the design process.”

When Goodson and Turner launched Darkhive, they focused on creating autonomous platforms powered by artificial intelligence that can navigate themselves with intuitive interfaces the average service member can use. The startup can manufacture drones at a significantly lower cost since their operational experience informs their approach.

“Incredible gains have been in autonomous robotics systems used by the military,” Turner said. “Now, with small tactical drones, we can take these out into the field and pilot them ourselves.”

Darkhive doesn’t focus on vertical integration based on closed-off intellectual property. Instead, Darkhive leverages off-the-shelf software and hardware. Their software platform is open, so third-party operators can use their drone platforms in much the same way we use cell phones.

The early-stage company has five people working in San Antonio and is expanding its team. Darkhive also plans on expanding its product line as they continue to secure client partnerships.

“We won’t be able to rapidly scale complex robotic systems into a joint environment if we keep insisting on using closed-off platforms,” Goodson said. “Software companies are looking for U.S.-made platforms like ours.”

The featured image is of a military member holding a Darkhive drone. Photo courtesy Darkhive.