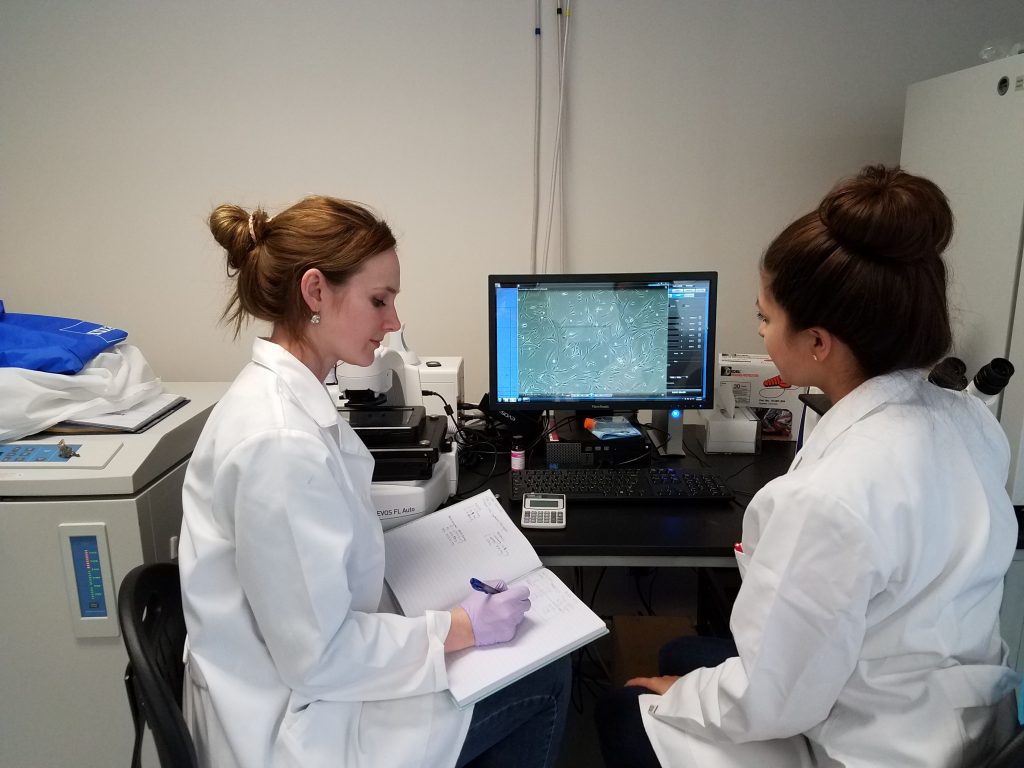 Crown Scientific was formed after the Lester Smith Medical Research Institute shut down in 2019. Named for a Houston wildcatter and philanthropist, the developmental-stage research company closed after Lester Smith died in 2019. Coronado, who became the executive director of the Lester Smith Medical Research Institute when it first opened in 2015, received the company’s holdings and has since refocused it as a research lab space designed to support biomedical startups.

“Often, scientists have an idea but no access to lab space to conduct the research needed for the proof of concept,” Coronado said. “Crown Scientific is an incubator for those working on therapeutic and biotech applications who must produce proof-of-concept data so they can apply for grants or raise venture capital.”

Crown Scientific is especially crucial for early-stage biomedical innovators looking to develop an idea for the market, “before a patent, and before assembling a team,” Coronado added.

Not only does Crown Scientific offer rentable wet lab space, access to research equipment, and a certified animal facility, they can provide technician services and consult on experimental design and setup, result evaluation, troubleshooting, and publication. Their patent-pending potency test can also help validate the quality of biotech and therapeutic products.

Novothelium,  a San Antonio-based biotechnology company developing a tissue-engineered matrix for nipple regeneration after mastectomy, was one of the first entrepreneurs to use Crown Scientific. Co-founders Lauren Cornell and Bianca Cerqueira had to conduct studies on mice but didn’t have the resources to buy expensive equipment and set up specialized lab spaces.

“Crown Scientific provided all the veterinary support and became our one-stop-shop for everything we needed,” Cerqueira said. “We get to benefit from the hands-on experience Ramon and everyone at Crown Scientific has to share with us. It’s difficult when you’re starting with an idea but lack the resources to build out a lab from scratch.”

VitaNova Biomedical is another early-stage biotech company using Crown Scientific’s facilities. Chief science officer Matthew Gdovin formed the company in 2014 while he was a professor at UTSA, while chief executive officer Tom Roberts joined in 2016.  The preclinical stage biotech company is developing a targeted combination cancer therapy. Their strategy is to partner with companies who can provide specialized services such as clinical trials.

“We were seeking a partner who had scientific expertise to add to our development process,” Roberts said. “The benefit of partnerships is that it allows us to develop our compound in the most cost-effective way. Crown gives us Ramon’s scientific expertise and collaboration, plus they have the research and scientific equipment we need to formulate our drug.”

Finding fully-equipped wet lab spaces to rent affordably is often the show-stopper for early-stage biomedical researchers in San Antonio. The only avenues typically available would be to collaborate with an academic researcher with a lab or work for a large biotech firm as a company researcher, Coronado said.

“We use their [Crown Scientific’s] space as an incubator, our lab,” Gdovin said. “To have the hard-core wet lab space available for us is critical.”

“The plan for Crown Scientific is to provide a launchpad for aspiring innovators committed to changing the world who need a place and the resources to execute their dreams,” Coronado said.

The featured image is of Lauren Cornell (left) and Bianca Cerqueira (right), who are using Crown Scientific’s wet space and animal facility to generate data for their company, Novothelium. Courtesy photo.