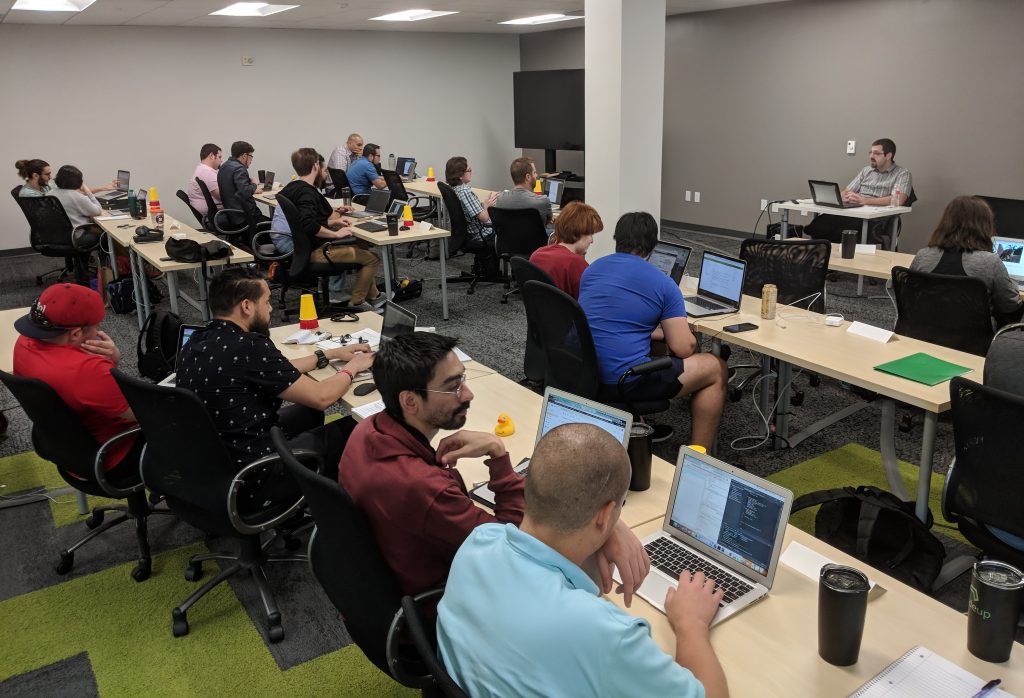 Despite the COVID-19 pandemic, Codeup, a tech career boot camp accelerator based in San Antonio, is expanding again. Codeup has announced its newest campus located in downtown Houston in the Novel Coworking building at 720 Rusk Street.

Michael Girdley, Jason Straughan, and Chris Turner opened Codeup in 2013, offering its 20-week coding boot camp-style workforce development program for aspiring software developers. Since launching, the company has grown from its roots as a boot camp into a local institution focused on meeting demand for talent in San Antonio’s growing technology ecosystem.

“In Houston, the demand for tech talent is high, the population is vast and diverse, and Texas still has the 10th largest economy in the world,” Codeup CEO Jason Straughan wrote in a company blog post Monday. “Many of our competitors have closed or sold. We’re still Texas-based, owned by our founders, and our investment in quality has brought our graduate placement rate to 97% over the last 18 months.”

The focus for the new Houston campus will be its full-stack web development program with classes conducted live via Zoom. Interested applicants can apply here. Codeup Houston students will have a free membership to Novel Coworking.

Houston applicants interested in Codeup’s data science program can apply to any of the virtual data science cohorts run from the San Antonio main campus.

Launching a new campus during this pandemic won’t change much from the student perspective, Straughan wrote. Potential students from across Texas can enroll in Codeup programs that will be conducted remotely until it is safe to open campuses to in-person instruction.

However, the physical presence in Houston permits Codeup “to better expand our employer partnerships and build our network so students can get the best experience possible,” Straughan confirmed.

Straughan recognized in 2018 how a focused expansion across Texas made sense for Codeup. With the 10th largest economy in the world and over 50 company headquarters from the Fortune 500 list, Codeup is targeting the four major cities of Houston, Dallas, Austin, and San Antonio —  all major cities with high demand for tech talent. Codeup opened its second campus in Dallas in September 2019.

“We are not creating another Codeup, but we are opening another campus,” Straughan said in 2019 after the Dallas campus opened.

Codeup expanded its initial curriculum full-stack web developers offering by adding a new course to train data scientists, due to high demand.  The first data science cohort in San Antonio graduated 17 students in June 2019, 21 students in January 2020, and 22 in June.

“We’ve never raised capital, even for this expansion. This move is driven solely from the high demand for our graduates and is funded through retained earnings from our success in San Antonio,” Straughan told Startups San Antonio. “Codeup was born at Geekdom, in the heart of the San Antonio tech district. Being able to gain traction, grow into our own space, fill two floors in downtown, and now expand into another market just proves that the San Antonio startup scene is maturing.”