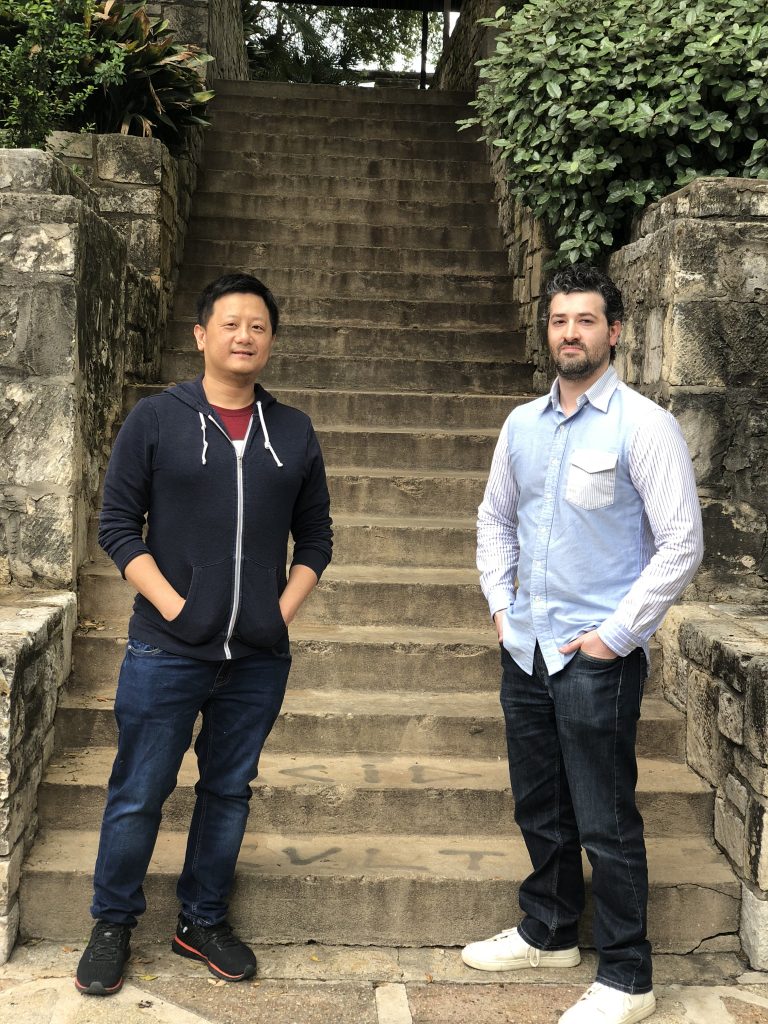 One San Antonio-based venture capital firm is living up to its name, investing actively in promising business to business (B2B) software as a service (SaaS) startups which in this case, has lead to a promising company relocating to San Antonio.

Cliently announced Tuesday its $1M million seed funding round led by Active Capital with participation from the Altair Capital Management company based in Tel Aviv, Israel. This most recent round is Cliently’s largest to date, having raised $500,000 previously. Active Capital’s investments include software businesses across the U.S. led by founders offering B2B services such as cloud computing, sales generation, and accounting technology

“Every brick and mortar company need tools for its growth strategy,” Active Capital founder and CEO Pat Matthews said. “They typically have to create a solution using 30 to 40 different applications.”

Farber’s background is in sales and marketing processes. The founder previously was director of sales at PandaDoc, a document automation SaaS company based in Silicon Valley and was PandaDoc’s first U.S. employee. Over the four years he worked there Farber recognized the challenges smaller businesses have in putting together automated tools that would engage customers with personalized emails, videos, and physical mail.

“When I was at PandaDoc, I was piecing together all of the tools needed to create an effective sales process,” said Farber. “I saw areas where you could engage prospects but the tools to do that were not put together in an efficient package.”

Farber developed the concept for Cliently and left PandaDoc to launch his new company in early 2016. Cliently sets itself apart from competitors by focusing on small- to -midsized businesses rather than enterprise-scaled companies.

“There’s some big players in that space, but there’s lots of room for more specialized companies to do well,” Matthews said. “Outreach and Salesloft have raised capital but Spencer has enough differentiation to carve a good space in this sales engagement market.”

Farber and wife Melissa Alderman who heads customer success at the startup relocated to San Antonio in August 2018 from Myrtle Beach, South Carolina. They are the only full-time employees in San Antonio with the rest of the five-member team distributed in South Carolina, Colorado, and China.

Since moving to San Antonio Cliently’s revenue has grown by 250 percent, Farber said. Their relocation “wasn’t contingent on our investment,” Matthews said.

Matthews heard of Farber and Cliently from friend and podcast host Nathan Latka who interviews B2B SaaS founders on his podcast. After interviewing Farber as a guest Latka thought Cliently would be a good fit for Active Capital’s portfolio and arranged an introduction.

After Huey Ly joined Cliently about a year ago the former senior engineer became the startup’s chief technology officer (CTO). Ly has worked at San Antonio-based tech companies such as Rackspace and Mailgun and has known Matthews since becoming the first employee at Matthew’s company, Webmail.

Farber plans to use the $1 million in funding to improve its software with added features such as more filtering systems, automated delays, and early implementations of artificial intelligence as it makes the SaaS platform scalable. The startup is also looking to hire a senior Full Stack developer.

“After talking to Spencer, I was excited by his vision and saw that Spencer is passionate about what a salesperson needs and wants and knows what tools they need to make that process more efficient,” Ly said. “I also wanted to go back into a startup that Pat was involved in.”

As for Farber, he has settled into life in San Antonio, excited to be a part of a “thriving community of like-minded people,” he said.

“It feels like there is even more momentum now since I arrived nine months ago,” Farber said. “We’re looking forward to building our company as a member of the tech scene in San Antonio.”