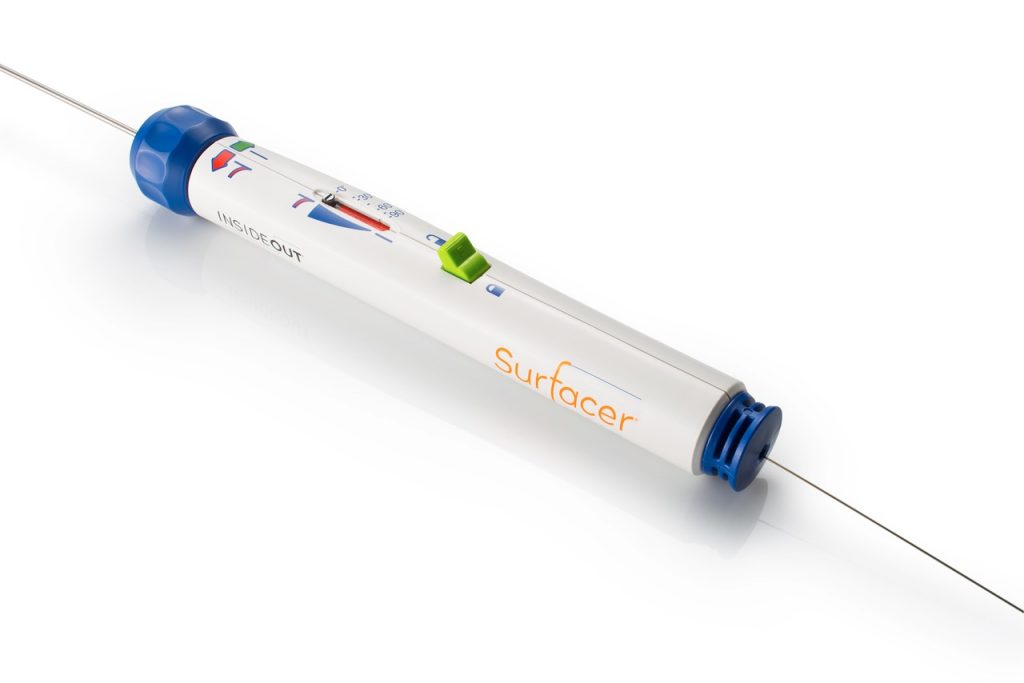 Bluegrass Vascular Technologies has closed $5 million in convertible debt financing for its innovation, the Surfacer Inside-Out Access Catheter System. Convertible debt notes enable a startup without a valuation to raise capital quickly and less expensively than equity as an alternative to a conventional bank loan.

Funding will go toward the commercial expansion of Bluegrass Vascular’s Surfacer System, the first FDA-cleared medical device that facilitates access to obstructed central veins in a patient’s upper body.

The Surfacer System helps facilitate catheter insertion into the central venous system for patients with upper body venous obstructions or other conditions that prevent central venous access using conventional methods. Bluegrass’ innovation meets an unmet clinical need for patients who require life-saving therapies, such as dialysis, and who have limited options due to venous obstructions.

The qualified investors include new principals and existing shareholders who participated in previous capital raises. According to Crunchbase, Bluegrass Vascular Technologies has raised a total of $4.5 million in funding over a Series A round raised in July 2014.

The privately held global manufacturer of medical devices was launched in 2011. The company relocated from Birmingham, Alabama, to San Antonio in 2014 after securing its $4.5 million Series A funding. Later in 2014, Niederauer took over as CEO of the company.

Bluegrass Vascular was one of the 4% of applicants invited to join the four-month 2021 cohort of the MedTech Innovator Accelerator, a nonprofit global competition and accelerator for medical device, digital health and diagnostic companies.

“We appreciate the ongoing support of our loyal shareholders and the trust new investors have placed in the company as it underscores their commitment and alignment with our vision to improve central venous access related patient outcomes and reduce healthcare costs,” Niederauer said.

The featured image is of the Bluegrass Vascular Surfacer System, courtesy photo.