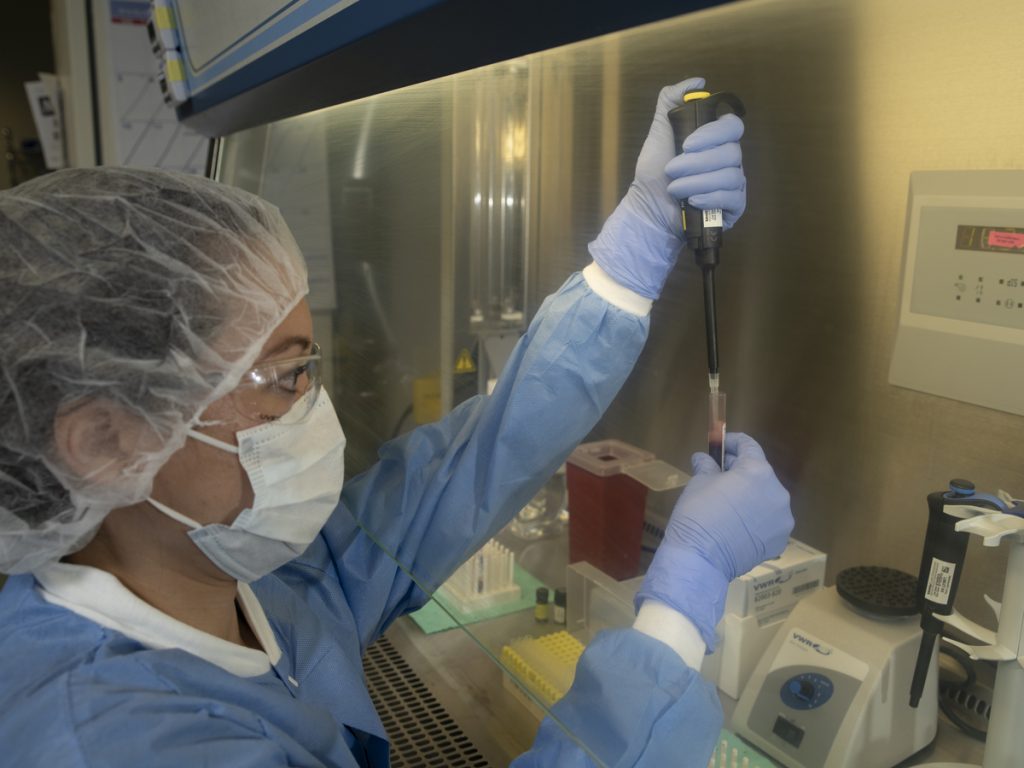 The Texas Research and Technology Foundation (TRTF) revealed Tuesday that BioBridge Global (BBG) is the anchor tenant in its planned innovation hub. The first phase of the TRTF redevelopment includes $14.2 million for the BioBridge Global biomanufacturing facility and the new VelocityTX incubator and community building to be constructed as part of TRTF’s Merchants Ice complex redevelopment project on San Antonio’s Eastside.

The facilities for GenCure, a subsidiary of BioBridge Global, will include an initial 6,000 square feet of clean-room production space, expandable to 14,000 square feet, and an initial 2,500-square-foot development lab, along with office and meeting space. The new biomanufacturing space is expected to be completed by the end of the year, according to BBG officials.

San Antonio bioscience industry leaders have identified regenerative medicine as a unique capability to stand out from other cities for a good reason. Biotechnology industry leaders across the country agree that the future of regenerative medicine hinges on reliable access to high-quality stem cells for groundbreaking research that benefit civilian and military patients alike.

A four-organization biotechnology group led by the nonprofit BBG organization has been working together to develop large-scale manufacturing capabilities, so more stem cells are available to researchers in larger quantities.

“TRTF’s announcement of BioBridge Global as the anchor tenant is a game changer for how people think of San Antonio,” Mayor Ron Nirenberg said Click To Tweet

“We are more than a burgeoning biomedical community, we’re becoming a world leader in stem cell research and the bioscience industries that will impact healthcare worldwide.”

Three of the organizations are based in San Antonio: BBG, biomedical startup StemBioSys, and Fort Sam Houston’s U.S. Army Institute of Surgical Research (USAISR) which provides combat casualty care. The fourth, RoosterBio Inc., is based in Maryland.

The MTEC funding is underwriting the BBG-led group’s development of large-scale economic manufacturing capabilities for clinical-grade stem cells used in regenerative medicine not only in combat military care but in civilian healthcare as well.

Mesenchymal stem cells (MSCs) derived from bone marrow are the most widely used type of stem cell in research and clinical settings. It is difficult to acquire this type of stem cells in volume without compromising on quality controls. The limited stem cell supply has constrained laboratory research and development of new cell therapy and regenerative medicine products.

“Ours is the only group that gets you close to a ‘one-stop shop,’” BBG chief executive officer (CEO) Martin ‘Marty’ Landon said. “We not only have the ability to produce base cells, we have the testing and manufacturing capabilities. That is something that is unique to us.”

BioBridge initially launched the GenCure Biomanufacturing program in February of 2018. With little room left for expansion on BioBridge Global’s campus, the organization’s leadership has been planning for a suitable location to build a larger state-of-the-art biomanufacturing facility. BBG currently has 1,300 square feet and six clean room “pods” or areas for laboratory production at its I-10 West location.

Once the new facility at the Merchants Ice complex is completed, it will increase GenCure’s biomanufacturing capacity by 21,000 square feet that will include 11 pods. The nonprofit organization plans to produce mesenchymal stem cells in the new facility and eventually scale up to manufacture other stem cell products in the future, according to BBG officials.

BBG’s biomanufacturing has progressed from a two-dimensional system to a three-dimensional one that produces better quality stem cells at higher volumes, chief operating officer for GenCure Becky Cap told Startups San Antonio. BBG has moved to growing stem cells in bioreactor stir tanks that move the cell solution continuously. Current practice is to grow the cells in flat trays of cell culture, according to Cap.

“The cells are always moving, which mimics how the body grows its cells,” Cap said. “We’re making progress as we’ve completed components, optimizing the materials that go into production scale-up, and working on assays that characterize the product as they come out.”

The current capacity of its bioreactor stir tanks is five liters of cells, with plans to move to 80-liter bioreactors. As the output grows, so will the quality controls to produce consistent cells in each batch and across all batches, Landon said.

“There are no other biomanufacturers of this [MSC] cell type doing this in the U.S.,” Cap said. “Biologics manufacturing is a big space, but we are the only ones doing stem cell manufacturing at scale today.”

As part of its expansion, BioBridge Global’s quality control systems will cover end-to-end stem cell manufacturing. The expertise to support this growth does not develop quickly—yet BBG’s plans have been attracting experts to San Antonio’s growing bioscience community, Landon said.

“We’re also building upon our expertise from collaboration by reaching out to researchers at Texas BioMed, SwRI [Southwest Research Institute], and UT Health San Antonio,” Cap said. “There’s much interest in making San Antonio’s footprint bigger in this space.”

Advances in stem cell biology have spurred the development of pre-clinical cell-based therapies, but that research hinges upon scalable manufacturing platforms that can produce clinically significant quantities for many patients. BBG’s move to the continuous stirred-suspension bioreactor manufacturing method will help define San Antonio as a city for regenerative medicine research and development.

“The ‘valley of death’ [for biomedical startups] has shifted,” Cap said. “Four years ago it was because of financing. Today, your valley of death is whether you have adequate biomanufacturing or not. We aim to change that.”

Featured image is of a member of the GenCure biomanufacturing team testing cord blood stem cells in the center’s cleanroom facility. Courtesy photo.