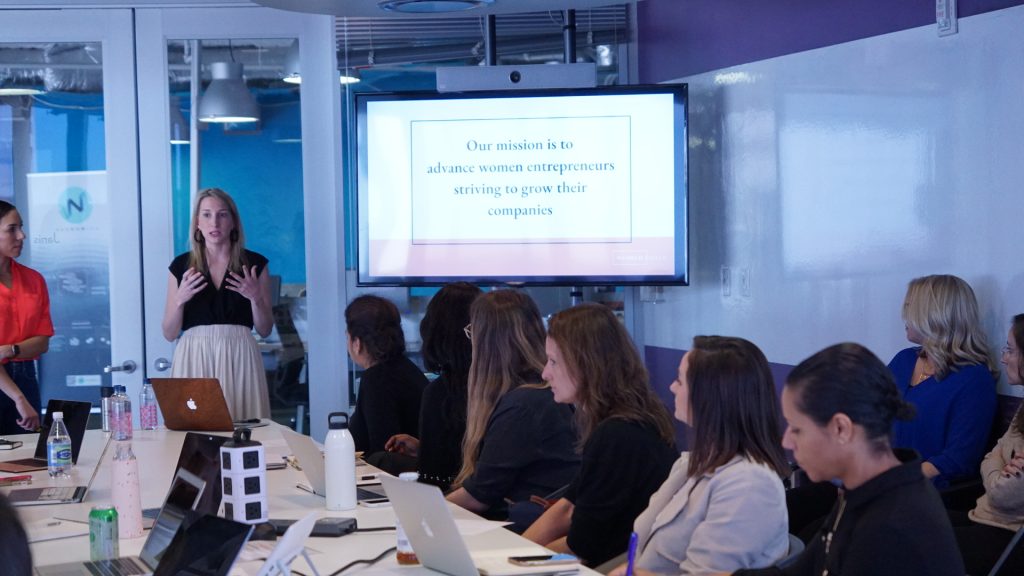 Notley, a philanthropic organization that leverages funding from traditional investments in real estate, venture funds, startups, and donations to support social impact innovation, has set its sights on San Antonio.

Notley has run Philanthropitch San Antonio for the past three years, a fast-pitch competition created for nonprofits. This year’s event will be held at the Tobin Center for the Performing Arts on October 12 with support from the Mays Family Foundation.

The Austin-based organization announced it would launch two additional initiatives in San Antonio: The Beam Founders Network and the Notley Fellowship.

Beam is the first Texas-based angel network for women-founded companies. Notley initially committed to invest a minimum of $250,000 in women-founded companies through the Beam Founders Network when it first launched last September, according to Erin Huddleston, development director for Notley. Beam angel investors have since funded 11 companies to date, investing little over $1 million from a group of 50 active investors from across Central Texas.

Jessica Gaffney, CEO and Beam executive director, said access to early-stage funding is critical and is the most consistently mentioned barrier to scaling for female entrepreneurs.

A 2018 study from the Boston Consulting Group looked at 350 companies that participated in the MassChallenge accelerator program. The study discovered that female-run startups generated 78 cents in revenue for every dollar of investment, whereas male-run startups generated only 31 cents. Add in the deleterious impact the pandemic has had on female entrepreneurs, and it should come as no surprise that the global gender gap will now take an extra 36 years to close.

“Since its launch last fall, the Beam Angel Network has moved at warp speed to champion and invest in women-led companies,” Gaffney said. “The pandemic has disproportionately impacted women in the workplace…We’re excited even to make a small contribution to helping close this gap for women.”

The Notley Fellowship is a two-year leadership development program designed for young business professionals interested in amplifying their impact in the community. Cohort participants will dedicate six to eight hours per month in their first year to Notley Fellow programs and experiences.

“The San Antonio startup scene is in an exciting place right now,” Huddleston said. “Notley offers a unique partnership to connect San Antonio to the Austin ecosystem as well as acting as the intersection of the nonprofit and for-profit sectors.”

Applications are open for the first San Antonio cohort of 20 to 25 fellows that starts in September. The deadline to apply is July 31.

The Philantropitch nonprofit pitch competition has established a foothold beyond its Austin home base with programs in Philadelphia, Columbus, and San Antonio. The Mays Foundation is the title sponsor for the October Philantropitch San Antonio event.

For Notley, this is its first big push to establish the Notley fellowship and Beam network programs beyond its Austin home base. Scaleworks co-founder and venture capitalist Lew Moorman, the 80/20 Foundation, and The Tobin Endowment provided the funding needed to support the expansion of Beam and the Notley Fellowship to San Antonio.

“Key to Notley’s success is the idea that nonprofits and for-profits consistently collaborate,” said Notley partner and co-founder Dan Graham. “These initiatives will engage stakeholders across the city to make outsized impacts across multiple areas of need. We are grateful to the community for their support of our work and look forward to the positive change we will make together.”