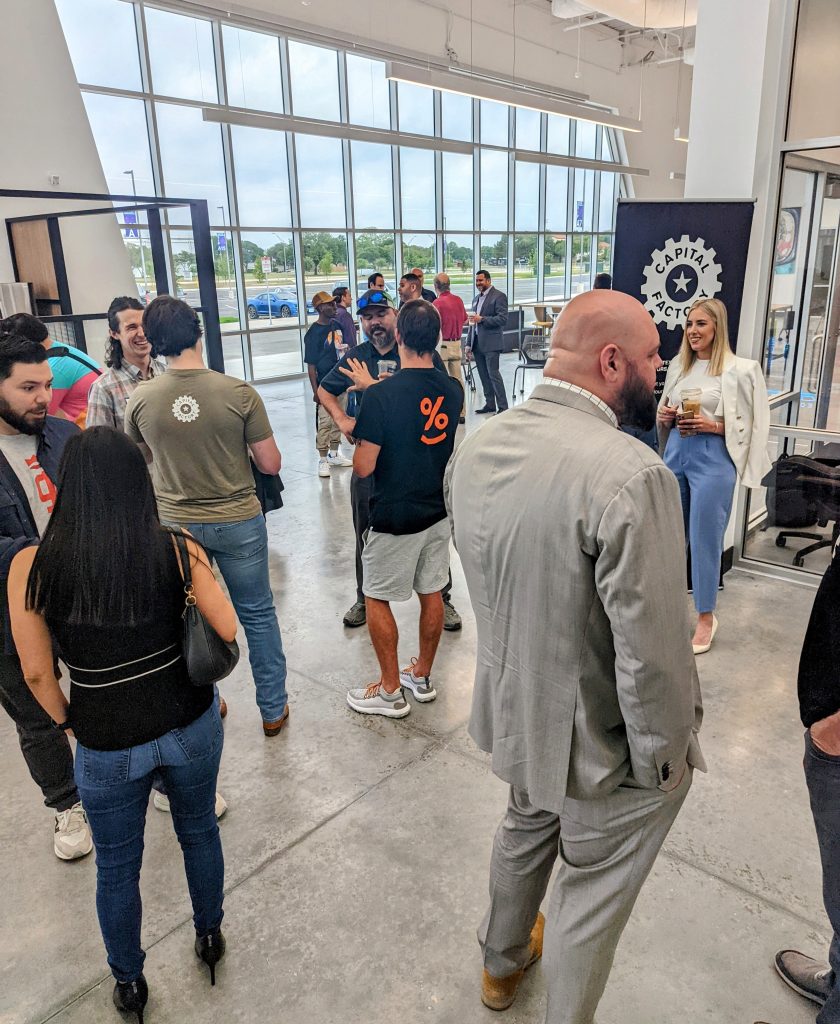 Texas has become a destination for many entrepreneurs and companies interested in bringing new capabilities and technologies to a market with an economy ranking tenth globally. Founder and CEO Joshua Baer and his team at Capital Factory, an Austin-based accelerator and venture capital firm focused on entrepreneurs based in Texas, are bullish on the state’s potential.

Baer eagerly tells people how Texas is the most promising technology market in the United States. Capital Factory’s strategy to expand its presence across Texas is detailed in its Texas Startup Manifesto.

“By connecting Austin, Dallas, Houston, San Antonio, and the rest of the state into a Texas Startup Megatropolis, we can unlock billions of dollars in capital and unleash thousands of diverse entrepreneurs,” Baer writes.

Capital Factory will also operate the Tech Port Center’s collaborative lab as part of its focus on delivering new technological capabilities to the U.S. military.

Launched in 2019, CDI is one of the nation’s most successful public-private partnerships. Their efforts have driven contracts to small businesses, created pipelines for emerging technologies to be adopted in defense environments, and launched new collaborations between the private sector and innovation-focused organizations within the Department of Defense, including the Air Force Special Operations Command (AFWERX), the Army Futures Command, the Army Applications Lab, and the Defense Innovation Unit (DIU).

San Antonio is home to one of the nation’s largest defense communities. The Department of Defense (DOD) has significant cybersecurity, aviation, biomedicine, intelligence, and logistics assets in San Antonio. Several are based at the Port, including the national headquarters for the 16th Air Force (Air Forces Cyber), the Air Force Civil Engineer Center (AFCEC), and the Air Force Medical Operations Agency (AFMOA), among others.

Capital Factory’s expansion to San Antonio not only compliments its strategy of connecting innovators in each of the four major cities in Texas with the defense community. CDI programs and capabilities help fill an important role in San Antonio’s ecosystem.

At Capital Factory’s first monthly meetup in its new spaces, Baer emphasized how the Port, Geekdom, VelocityTX, and other collaborative partners share a common goal of encouraging more startup density in San Antonio.

“Capital Factory is regularly hosting events across the state in Austin, Dallas, Houston, and now, San Antonio,” Baer said. “We’re committed to having a Heartbeat [open coffee meetup] here every month on the first Tuesday.”

The next Capital Factory open coffee will take place at Port San Antonio on June 7 from 9 a.m. to 10:30 a.m. RSVP for a free ticket here.

“It’s a super exciting time in San Antonio as our startup community grows and matures,” said Luis Martinez, Center for Innovation and Entrepreneurship Director at Trinity University. “The presence of Capital Factory here reflects how our ecosystem is attracting big players with statewide resources.”

The featured image is of Capital Factory’s new space at Port San Antonio, where they hold a monthly open coffee on the first Tuesday of the month. Photo credit: Startups San Antonio.