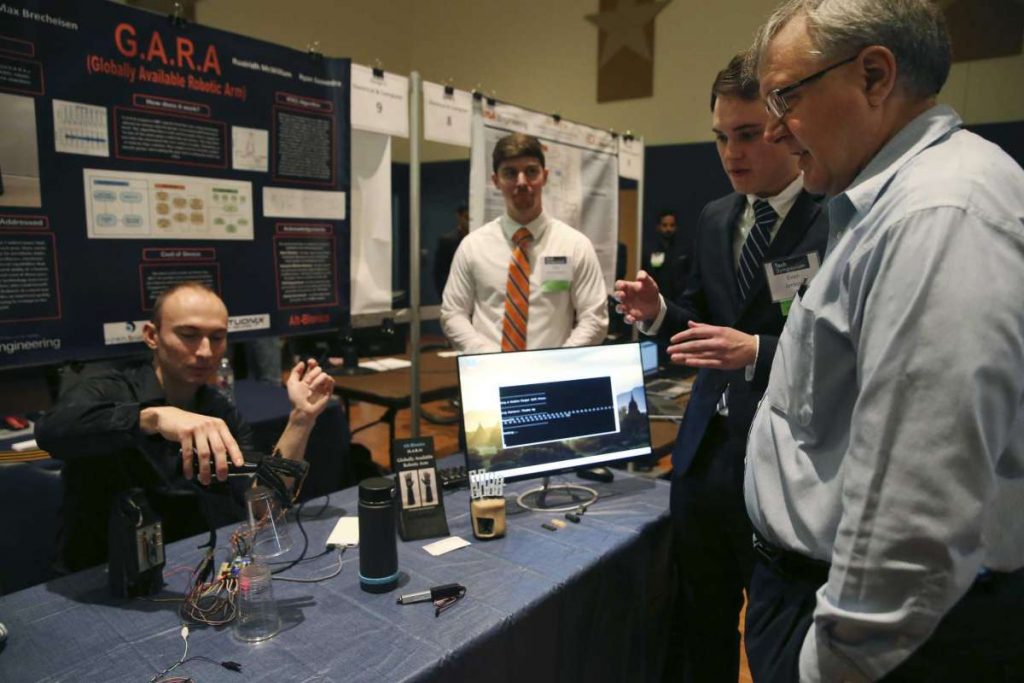 An engineering graduate has gone from a prototype bionic hand to pre-seed funding to produce an affordable medical device for the market in less than a year.

Alt-Bionics announced Friday a $25,000 investment from Alamo Angels, a San Antonio-based accredited angel investor network. The funding gets Alt-Bionics closer to helping thousands of individuals access one of the most inexpensive prostheses available in the marketplace.

“Alt-Bionics mission is to create highly affordable prosthetic devices for below-elbow amputees,” founder and CEO Ryan Saavedra said. “We plan to expand our line of prosthetics over time to produce bionic upper and lower extremities.”

The University of Texas at San Antonio (UTSA) electrical engineering graduate’s robotic hand won second place at the university’s May 2020 Tech Symposium, the annual competition for students to showcase their design and engineering skills.

Saavedra and his teammates used an open-source robotics design. They modified it to build an effective bionic hand for only $600 — a fraction of the nearly six-figure price tag of many robotic prosthetics available on the market.

Their bionic devices also incorporate haptics, which gives the user a real-time interactive experience. Artificial intelligence (AI) is also built in to help make devices more intuitive for the user.

“We have two goals for our company,” said Saavedra. “The first is to bring these devices to market at an affordable cost while maintaining a durable and robust design. The second is to keep trying to disrupt the pricing methods that are currently surrounding the artificial limbs market.”

The startup has the technical capabilities to build the bionic prosthetics and create the AI algorithms and controller systems. Saavedra, along with chief technology officer Sam Woolfolk, chief financial officer Judith Leibholz, and Jackson Heinz engineering co-lead, had been bootstrapping until the team pitched Alamo Angels.

After the Texas Research & Technology Foundation and Alamo Angels merged in 2020, the investor group moved to TRTF’s VelocityTX Innovation Center. That synergy helped connect Alt-Bionics to a VelotictyTX program. Alt-Bionics was accepted into the latest cohort of the VelocityTX Bioglobal Accelerator program, a 16-week accelerator program for bioscience companies.

“We’re interested in investing in local startups with a strong team who are working on an important problem,” Garzon said. “We invest in the jockey, not only the horse.”

Saavedra, who holds a B.S. in Electrical Engineering, was doing research in April 2018 when he came across the field of robotics. He soon found himself “down a rabbit hole of how robotics are used in prosthetics,” he said.

Alt-Bionics has no plans to leave San Antonio. The founder is working with UTSA to use student interns for his bionics company. Saavedra is also working with the San Antonio-based Hanger Clinic, the largest prosthetic clinic in the nation.

“We met them at the Amputee Coalition national meeting back in August, and they’re excited about what we’re doing,” Saavedra said. “Our device is much needed — at about 65% less in cost than most bionic hands and arms, we can make sure everyone who needs one has access to advanced prosthetics.”

The featured image is of Alt-Bionics founder Ryan Saavedra demonstrating the bionic hand at the UTSA Tech Symposium, courtesy image.